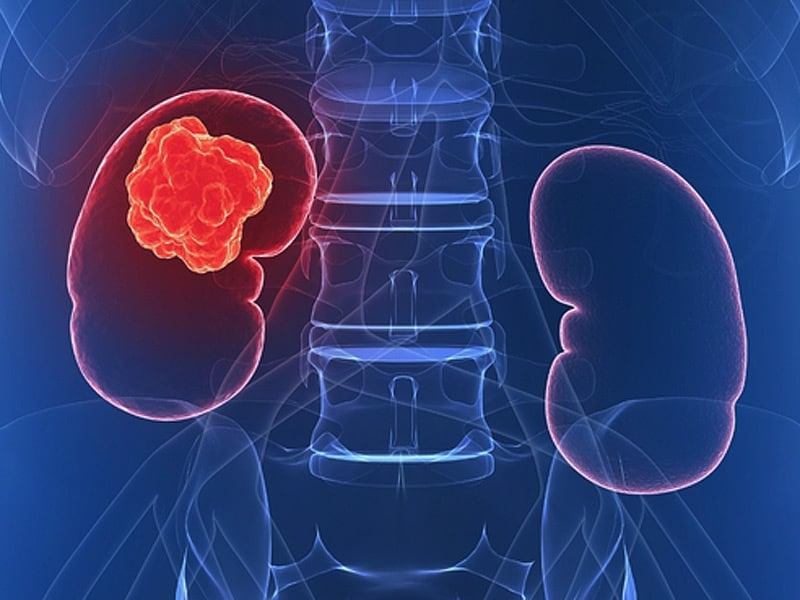 A combination of two drugs – one of them an immunotherapy agent – could become a new standard, first-line treatment for patients with metastatic kidney cancer, says an investigator from Dana-Farber Cancer Institute, reporting results from a phase 3 clinical trial.

Patients who received the immunotherapy drug avelumab plus axitinib, a targeted agent, had a significant advantage in progression-free survival compared with those who received sunitinib (Sutent), a targeted drug that has been a standard treatment for advanced clear cell renal cell carcinoma – the most common form of kidney cancer.

“Patients receiving the drug combination also had a higher response rate – meaning their tumors shrank – than the sunitinib-only group,” said Toni K. Choueiri, MD, senior and co-corresponding author of the report on the JAVELIN Renal 101 trial in the New England Journal of Medicine and Director of the Lank Center for Genitourinary Oncology at Dana-Farber.

“This is certainly better than sunitinib — hopefully this will lead to Food and Drug Administration approval soon,” said Choueiri, The Jerome and Nancy Kohlberg Professor of Medicine at Harvard Medical School

While progression-free survival was improved with the combination treatment, additional follow-up is needed to show whether the two-drug therapy extends overall survival compared to the standard regimen.

The trial is the first pivotal study to combine avelumab with a drug that targets the vascular endothelial growth factor receptor (VEGFR). VEGFR blockers like sunitinib and axitinib are designed to starve tumors by disrupting their blood supply. Immunotherapy drugs such as avelumab – which blocks an immune checkpoint called PD-L1 – work by activating “exhausted” immune T cells so they can more effectively attack cancer cells.

The clinical trial involved 886 patients with previously untreated, advanced renal cell carcinoma who were randomized to receive the drug combination or sunitinib alone.

The results from this study showed that the median progression-free survival (PFS) – the length of time before the cancer began to worsen – was 13.8 months in the combination group and 7.2 months in patients receiving only sunitinib. These results specifically applied to patients whose cancer cells tested positive for the PD-L1 checkpoint that is blocked by avelumab. The PFS for the overall population (PD-L1 positive or negative) was similar – 13.8 months versus 8.4 months.

“Interestingly, the analysis showed that all subgroups – good, intermediate, and poor-risk patient – benefited from the combination treatment,” said Choueiri. This was the topic of an oral presentation Choueiri has just given at the 2019 Genitourinary Cancers Symposium in San Francisco. The results were simultaneously published in the New England Journal of Medicine.

Choueiri said that for patients with advanced disease, “this is an important option. What we’re doing in advanced kidney cancers is pushing the envelope – these treatments may not be curative, but patients are living longer, and the disease is becoming more chronic.”

Why Some Brain Tumors Respond to Immunotherapy