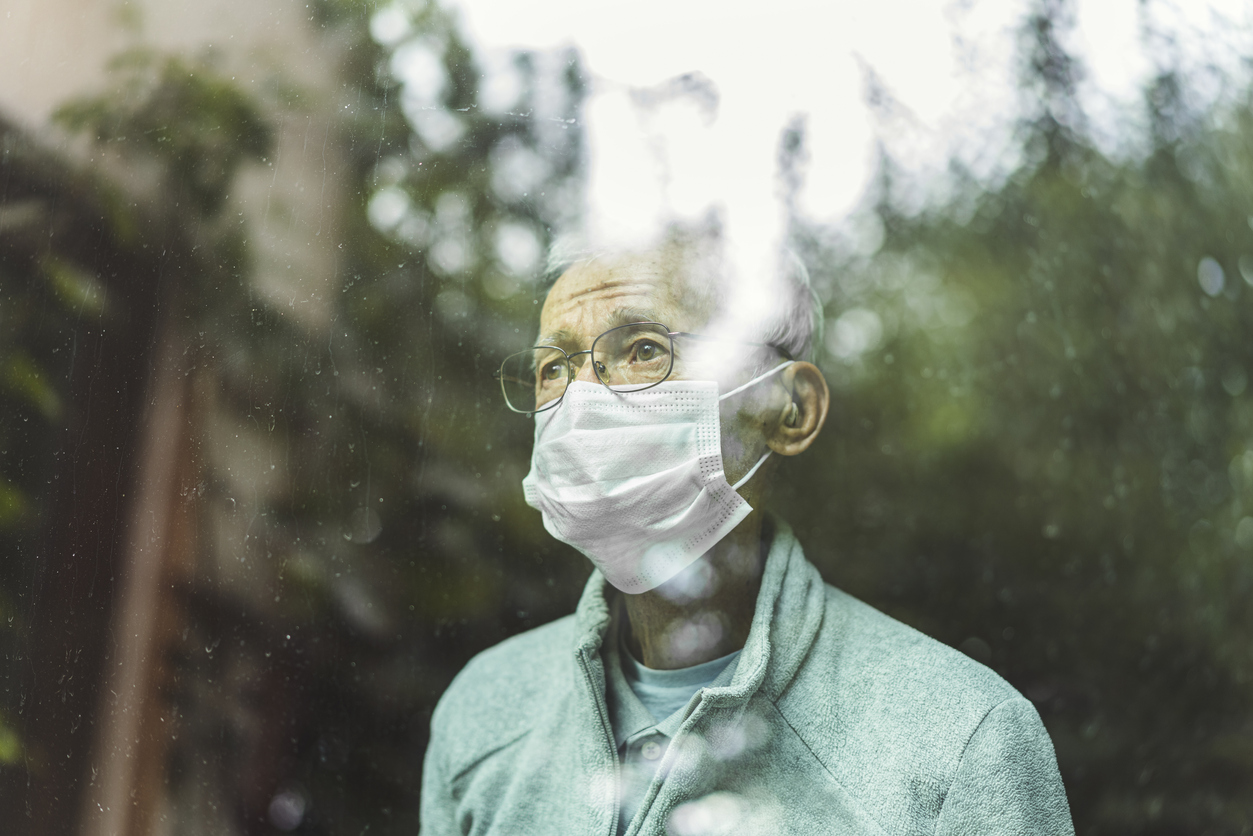 A new study led by UC San Francisco has shown that people who are vaccinated against SARS-CoV-2, and have a history of certain psychiatric conditions, have a heightened risk of COVID-19 — a finding that may be related to impaired immune response as well as risky behaviors associated with some disorders.

The researchers from UCSF and the San Francisco VA Health Care System found that patients over 65 with substance abuse, psychotic disorders, bipolar disorder, adjustment disorder and anxiety, faced increased risks of up to 24% for breakthrough COVID. For those under 65, risks were up to 11% higher than for those without a psychiatric history.

For both age groups, data was adjusted for age, sex, race, ethnicity and vaccine type, as well as for smoking and underlying conditions like obesity, diabetes, sleep apnea, cardiovascular, lung, kidney and liver diseases, HIV and cancer.

In the study, which publishes on April 14, 2022, in JAMA Network Open, researchers tracked data from more than a quarter of a million U.S. Department of Veterans Affairs patients, who had completed their vaccine regimen and had at least one test for SARS-CoV-2. Just over a half (51.4%) of the patients had received at least one psychiatric diagnosis within the last five years and 14.8% developed breakthrough COVID, confirmed by a positive test.

“Our research suggests that increased breakthrough infections in people with psychiatric disorders cannot be entirely explained by socio-demographic factors or pre-existing conditions,” said senior author Aoife O’Donovan, PhD, of the UCSF Weill Institute for Neurosciences and the San Francisco VA Health Care System. “It’s possible that immunity following vaccination wanes more quickly or more strongly for people with psychiatric disorders and/or they could have less protection to newer variants.”

A study earlier this year, led by the same UCSF researchers, found that people with elevated anxiety and probable post-traumatic stress disorder, conditions associated with impulsivity, were more likely to engage in behaviors that put them at higher risk for COVID.

Surprisingly, given the greater incidence of breakthrough infections among younger people, this study showed significantly smaller effects in the under-65s group. Moreover, risks were 10% lower in participants with psychotic disorders compared to those without a psychiatric diagnosis –- a decrease that O’Donovan attributes to possible lower socialization among younger people with psychotic disorders compared with older people who “may be less socially isolated because of their greater burden of ill health and contacts with caregivers.”

However, risks for breakthrough infections associated with substance abuse, adjustment disorder, anxiety and post-traumatic stress disorder were all higher in the younger cohort than their peers without a psychiatric diagnosis – 11%, 9%, 4% and 3%, respectively.

First author Kristen Nishimi, PhD, also of the UCSF Weill Institute for Neurosciences and the San Francisco VA Health Care System, believes the higher incidence of breakthrough infection among older participants may be due to “decreased immunological response to vaccine that has been associated with some psychiatric disorders, which may be more substantial in older adults.”

It’s also possible that older adults with psychiatric disorders “may require more frequent in-person care, which could increase their interactions with the health care system,” she noted.

Breakthrough risks for other non-psychiatric conditions were also calculated and adjusted for factors like obesity and smoking status, as well as other underlying conditions. The researchers found that patients with chronic kidney disease had an increased risk of 23%, compared with 20% for HIV, 19% for cardiovascular disease, 18% for COPD and 13% for sleep apnea.

This shows that certain psychiatric conditions, particularly in the 65-plus group, face risks that are on a par with other conditions, said O’Donovan. “Mental health is important to consider in conjunction with other risk factors,” she said, “and some patients should be prioritized for boosters and other critical preventive efforts.”

What Drives Racial and Ethnic Gaps in Medicare’s Quality Program?