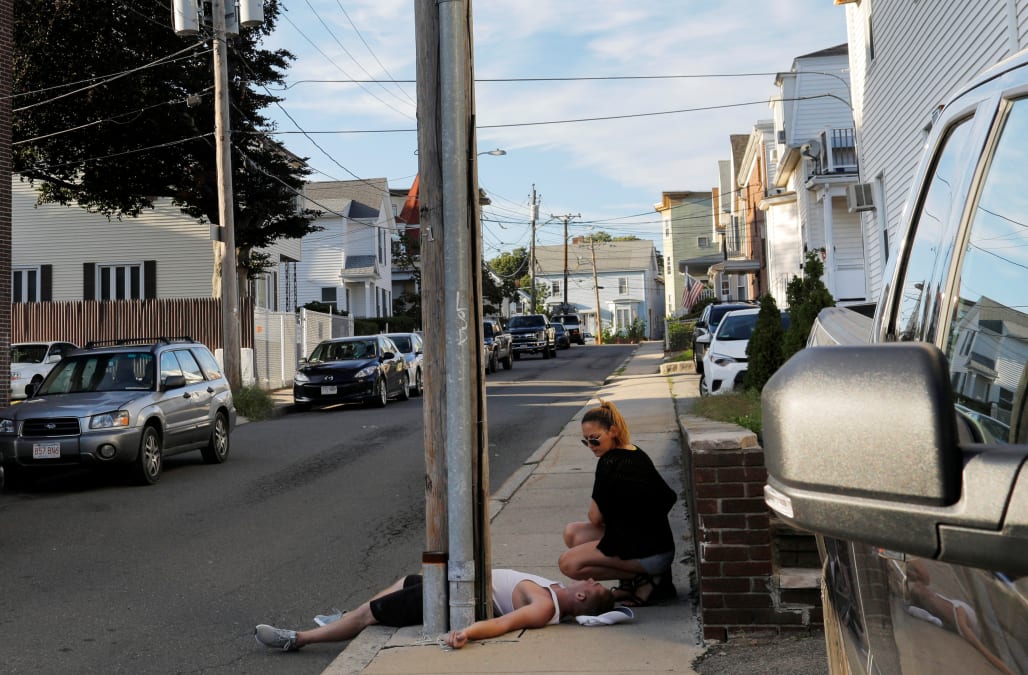 A recent study in North Carolina found that in the first two weeks after being released from prison, former inmates were 40 times more likely to die of an opioid overdose than someone in the general population.

When restricted to heroin overdoses only, formerly incarcerated individuals’ likelihood of overdose death increased to 74 times the norm within the first two weeks after release. Even an entire year after release, overdose death rates remained 10-18 times higher among formerly incarcerated individuals as compared to the general North Carolina population.

The U.S. is experiencing an unprecedented opioid epidemic. Between 2000 and 2016, opioid overdose death rates quadrupled and more than 300,000 Americans died of an opioid overdose. Despite many policy initiatives and interventions, the death toll continues to rise.

“We know from fighting other epidemics that treating and preventing disease among high-risk – or vulnerable – populations benefits not only members of that population, but everyone around them,” said Shabbar Ranapurwala, assistant professor in the Gillings School of Global Public Health’s department of epidemiology. “The same is true here. Preventing overdose deaths and treating substance use disorders in formerly incarcerated people may prevent the spread of the epidemic in the general population.”

In North Carolina, between 22,000 and 27,000 individuals are released from prison each year. These individuals are particularly vulnerable to the opioid epidemic for three key reasons. First, two-thirds of them already have a substance use disorder, which is classified as a mental health condition. In fact, many former inmates initially were imprisoned for offenses that stemmed from substance use.

Second, formerly incarcerated individuals undergo forced withdrawal during incarceration, and therefore have a very low tolerance when released from prison. Finally, there are few support systems in place for most inmates upon release – this includes a lack of access to health care.

“A host of other problems like stigmatization, loss of dignity, loss of family for some, and discrimination in housing and employment only compound existing substance use problems,” Ranapurwala explained. “This leads to premature deaths.”

“As a society, we do not do enough to rehabilitate formerly incarcerated individuals back into our world,” he added. “What’s more, both medically and scientifically, we know that substance use disorder is a health condition – an illness. The only way to treat an illness is by providing medical help.”

The study findings are a clear call to action, according to Kody H. Kinsley, interim senior director of the state’s Division of Mental Health, Developmental Disabilities and Substance Abuse Services.

“We must reduce the deaths in this population, and we know how to do it,” Kinsley said. “We are working to partner across North Carolina to treat those suffering from substance use disorders in all settings. We hope our partners will join us by implementing proven methods such as medication-assisted treatment for opioid use disorders.”

With funding from the 21st Century Cures Act’s Grants for State Targeted Response to the Opioid Crisis, Kinsley’s division already has provided funding to the North Carolina Division of Adult Correction and Juvenile Justice (DACJJ) so that all state probation and parole officers who interact with criminal justice-involved individuals and community members are equipped with naloxone kits. Naloxone is a medication designed to rapidly reverse opioid overdose.

The division also plans to purchase additional naloxone kits to distribute to people as they leave prison, if those individuals completed substance use disorder treatment while incarcerated.

Timothy Moose, the North Carolina Department of Public Safety deputy secretary for adult correction and juvenile justice, commented on how the use of naloxone kits by probation and parole officers while in the field has substantially helped individuals with substance use disorders.

“Officers who supervise criminal justice-involved individuals have had wide success with naloxone kits,” he reported, “so much so, that Community Corrections may expand naloxone distribution to individuals and families returning from the department’s substance abuse treatment facilities in Dart Cherry and Black Mountain, as well as from probation violation and re-entry facilities across the state.”

With the support of an additional federal grant, the North Carolina Division of Mental Health, Developmental Disabilities and Substance Abuse Services, in partnership with the North Carolina Division of Adult Correction and Juvenile Justice, is providing medication-assisted treatment to people under Community Corrections supervision in Iredell and Wilkes counties, too. Since program implementation in April 2017, 136 people have been enrolled. Among those completing a six-month update interview, substance use had decreased for all substances except alcohol. Opioid use was down by 50 to 100 percent, and full-time employment had increased by 50 percent.

The state of North Carolina also has created a new State Re-entry Council Collaborative (SRCC), led by DPS secretary Erik A. Hooks. The group is developing recommendations for a comprehensive plan aimed at facilitating the successful transition of formerly incarcerated people back into their communities. Substance misuse has been identified as a major threat that can derail the re-entry process.

“We know that many people transitioning out of prison facilities bear the weight of addiction to various illegal substances,” said Hooks. “The goal of the SRCC plan is to proactively remove barriers and give people access to resources and services that will increase their chances of successful re-entry.”