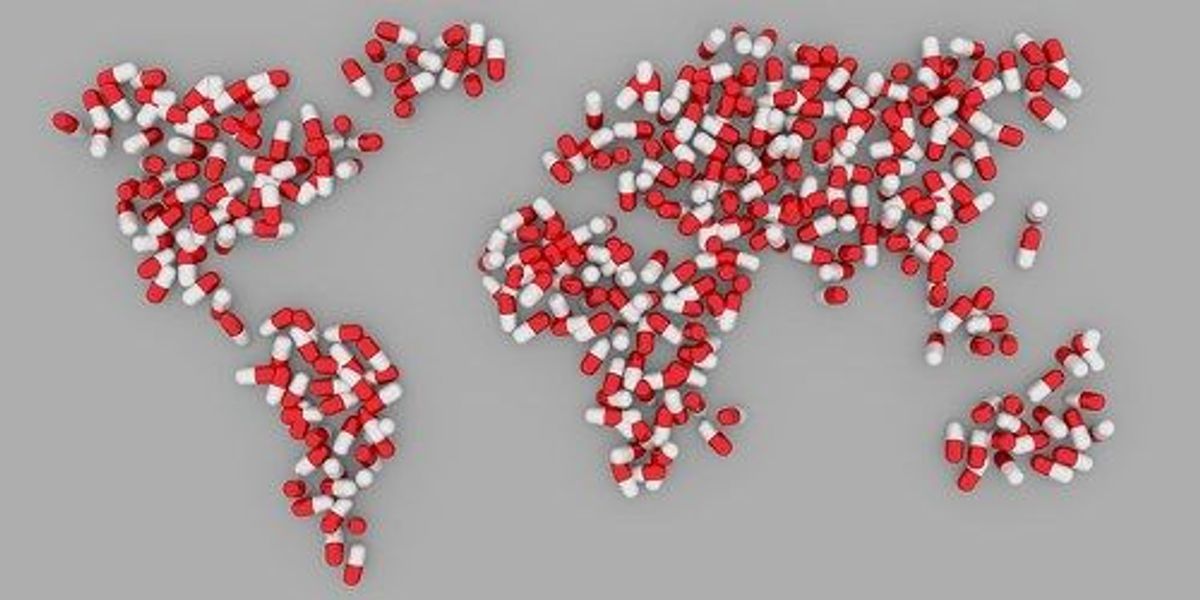 Antibiotic resistance is an emerging global public health threat spurred by the overuse and misuse of antibiotics. While “overuse” of antibiotics is widely accepted as a major health challenge, it is less well known that many people in low- and middle-income countries continue to die because they lack access to antibiotics. The majority of the world’s annual 5.7 million antibiotic-treatable deaths occur in low- and middle-income countries where the mortality burden from treatable bacterial infections far exceeds the estimated annual 700,000 deaths from antibiotic-resistant infections.

“Lack of access to antibiotics kills more people currently than does antibiotic resistance, but we have not had a good handle on why these barriers are created.” said Dr. Ramanan Laxminarayan, CDDEP director and a co-author of the report. The findings of the report show that even after the discovery of a new antibiotic, regulatory hurdles and substandard health facilities delay or altogether prevent widespread market entry and drug availability,” explains Dr. Laxminarayan. “Our research shows that of 21 new antibiotics entering markets between 1999 and 2014, less than five were registered in most countries in sub-Saharan Africa. Just the mere existence of an effective antibiotic does not mean that they are available in countries where they are most needed.”

Health facilities in many low- and middle-income countries are substandard and lack staff who are properly trained in administering antibiotics. In Uganda, 10 to 54 percent of health staff posts are unfilled because of poor pay, high stress, lack of resources, and poor management. Staffing on wards is inadequate to administer medicines, patients miss antibiotic doses, and public nurses sometimes request compensation for administering medicines. In India, there is one government doctor for every 10,189 people (the World Health Organization [WHO] recommends a ratio of 1:1,000), or a deficit of 600,000 doctors, and the nurse:patient ratio is 1:483, implying a shortage of 2 million nurses.

In low- and middle-income countries, weak drug supply chains fail to make antibiotics consistently available. In Uganda, researchers found that many products were stored and transported long distances without cold-chain temperature control, and only 47 percent of medicines on the WHO’s Essential Medicines List were procured through the centralized authority, resulting in chronic shortages. Moreover, public-private supply chain delivery systems were not leveraged to improve drug availability outside specific programs.

Even when antibiotics are available, patients are often unable to afford them. High out-of-pocket medical costs to the patient are compounded by limited government spending for health services. In Uganda, where just 8.9 percent of the national budget goes to health services, 41 percent of health expenditure is out-of-pocket, and 23 percent of households spend more than 10 percent of their income on healthcare. Moreover, limited government spending results in drug shortages in public health facilities which forces patients to go to private pharmacies or drugstores to buy medicines that should be provided free. In India, 65 percent of health expenditure is out-of-pocket, versus 13 percent in Germany, and such expenditures push some 57 million people into poverty each year in India alone.

Worldwide, the irrational use of antibiotics and poor antimicrobial stewardship lead to treatment failure and propagate the spread of drug resistance which, in turn, further narrows the available array of effective antibiotics. Finally, research and development for new antimicrobials, vaccines, and diagnostic tests has slowed since the 1960s as profitable investment in this area is limited by low sales volumes, short duration of treatment, competition with established products and less expensive generics, and the possibility that resistance will rapidly emerge.

National governments, policymakers, pharmaceutical companies, public and private healthcare institutions, and international public health bodies all have a role to play in improving access to antibiotics worldwide. While interventions to improve access must take into account differences among countries, the researchers provided the following recommendations to address key barriers and improve access to antibiotics:

Medicaid Could Save $2.6 Billion Within a Year If Just 1% of Recipients Quit Smoking