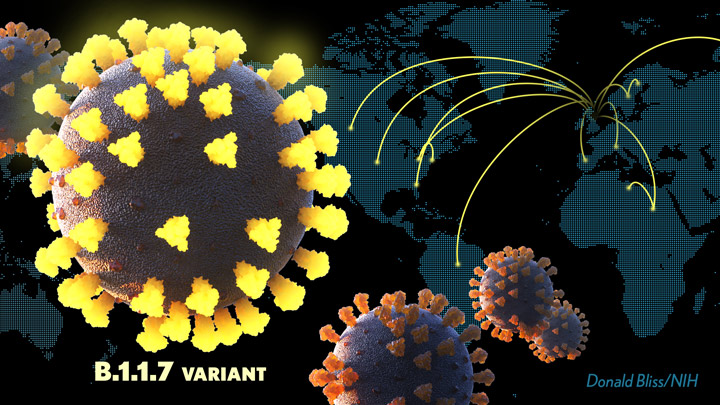 The deactivating effects of heat and sunlight on SARS-CoV-2, the virus that causes COVID-19, are consistent across different variants of the virus, according to new research from the Department of Homeland Security (DHS) Science and Technology Directorate (S&T).  This suggests that the increased transmissibility of certain variants is not due to any difference in environmental survivability in aerosols. The research, conducted under S&T’s Probabilistic Analysis for National Threats Hazards and Risks (PANTHR) program, is published in the peer-reviewed scientific Journal of Infectious Diseases.

“There is still a lot for scientists to learn about SARS-CoV-2, the variants that have emerged, and what contributes to their transmission in the community,” said Dr. Lloyd Hough, lead for S&T’s Hazard Awareness & Characterization Technology Center (HAC-TC).  “But this research shows that the stability of these variants in the environment is about the same, and that the risk assessments and tools that S&T produced early in the pandemic are still applicable.”

Early in the COVID-19 pandemic, the National Biodefense Analysis and Countermeasures Center (NBACC) in Fort Detrick, MD, examined the influence of environmental conditions on the stability of a single isolate of SARS-CoV-2.  As new strains of the virus emerged, NBACC researchers began studying isolates from multiple variants (including one belonging to the recently emerged B.1.1.7 lineage, also known as the UK variant), to determine whether there were differences in stability of the variants in aerosols that might affect their potential for transmission.

The influence of temperature, relative humidity, and simulated sunlight on the isolates in aerosols were compared in an environmentally controlled rotating drum chamber. Aerosols were generated from simulated respiratory tract lining fluid to represent aerosols originating from the deep lung.  The researchers determined that while certain variants may spread faster or be more lethal, they survive similarly in the environment, and therefore differences in transmissibility are likely not due to differences in aerosol stability.