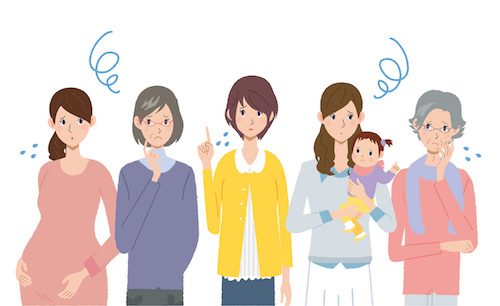 When the COVID-19 pandemic hit in early 2020, many families found themselves suddenly isolated together at home. A year later, new research has linked this period with a variety of large, detrimental effects on individuals’ and families’ well-being and functioning.

The study, led by Penn State researchers, found that in the first months of the pandemic, parents reported that their children were experiencing much higher levels of “internalizing” problems like depression and anxiety, and “externalizing” problems such as disruptive and aggressive behavior, than before the pandemic. Parents also reported that they themselves were experiencing much higher levels of depression and lower levels of coparenting quality with their partners.

Mark Feinberg, research professor of health and human development at Penn State, said the results, recently published in the journal Family Process, give insight into just how devastating periods of family and social stress can be for parents and children, and how important a good coparenting relationship can be for family well-being.

“Stress in general — whether daily hassles or acute, crisis-driven stress — typically leads to greater conflict and hostility in family relationships,” Feinberg said. “If parents can support each other in these situations, the evidence from past research indicates that they will be able to be more patient and more supportive with their children, rather than becoming more harsh and angry.”

Feinberg added that understanding what can help parents maintain positive parenting practices, such as a positive coparenting relationship, is key for helping protect children during future crises — whether those crises are pandemics, economic shocks or natural disasters.

While cross-sectional studies have suggested there has been a negative impact of the pandemic on families, the researchers said this study is one of the first to measure just how much these factors have changed within families before and after the pandemic hit.

According to the researchers, previous research has found that periods of financial stress, such as the Great Depression and the 2008 recession, have led to higher levels of parent stress, mental health problems and interparental conflict, which can all lead to more harsh, and even abusive, parenting.

When the COVID-19 pandemic hit, Feinberg said it led to not only financial stress within families, but also problems related to being isolated together, issues managing work and childcare, and general fear related to the sudden health threat that was poorly understood.

“When the pandemic hit, like many people, I was very anxious and worried,” Feinberg said. “I saw the tensions and difficulties my daughter and I were having being home together 24/7. So, when I realized that our existing studies and samples of families gave us an opportunity to learn something about how families would cope during the crisis, my team and I moved into action.”

For the study, the researchers used data from 129 families, which included 122 mothers and 84 fathers, with an average of 2.3 children per family. The parents answered an online questionnaire that asked them about their depressive symptoms, anxiety, the quality of their relationship with their coparent, and externalizing and internalizing behavior they observed in their children, among other measures.

Because the participants were part of a longer study measuring these factors over prior years, the researchers already had data on these parents and children from before the pandemic.

The researchers found that parents were 2.4 times more likely to report “clinically significant” high levels of depression after the pandemic hit than before. They were also 2.5 times and 4 times more likely to report externalizing and internalizing problems, respectively, in their children at levels high enough that professional help might be needed.

Feinberg said that while it makes sense that families would experience these difficulties, he was shocked at the magnitude of the declines in well-being.

“The size of these changes are considered very large in our field and are rarely seen,” Feinberg said. “We saw not just overall shifts, but greater numbers of parents and children who were in the clinical range for depression and behavior problems, which means they were likely struggling with a diagnosable disorder and would benefit from treatment.”

Feinberg put the size of the declines in parent and child well-being in perspective by pointing out that the increase in parents’ levels of depressive symptoms in the first months of the pandemic was about twice as large as the average benefit of antidepressants.

The researchers said that as the risk of future pandemics and natural disasters increases with the effects of climate change, so will the likelihood of families facing stressful conditions again in the future

“Getting ready for these types of crises could include helping families prepare — not just by stocking up on supplies, but also by improving family resiliency and psychological coping resources,” Feinberg said. “In my view, that means providing the kinds of family prevention programs we’ve been developing and testing at the Prevention Research Center for the past 20 years.”

For example, Feinberg explained that their research shows that the Family Foundations program helps new parents develop stronger capacities for cooperation and support in their relationship with each other as coparents, which is a key dimension of family resiliency.

Feinberg said future research will examine whether families who went through Family Foundations or other programs were more resilient, maintained better family relationships, and experienced smaller declines in mental health during the pandemic.

A Multidimensional View of the Coronavirus

An On-Off Switch for Gene Editing