One in five pharmacies refuse to dispense a key medication to treat addiction, according to new research. 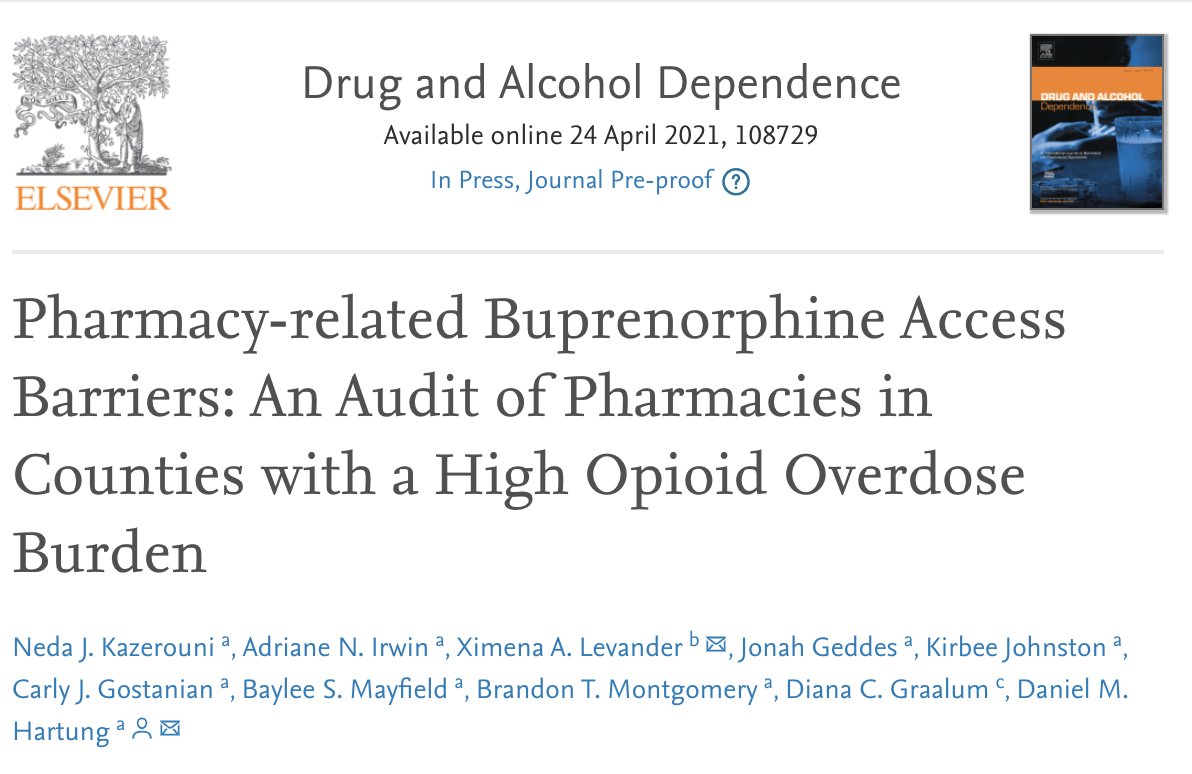 , published in the journal Drug and Alcohol Dependence, was conducted by researchers at Oregon Health & Science University and the Oregon State University College of Pharmacy. Researchers called hundreds of pharmacies around the country to ask whether they would dispense Suboxone, also known as buprenorphine.

“Buprenorphine is a vital, lifesaving medication for people with opioid use disorder, but improving access has been a problem for a variety of reasons,” said senior author Daniel Hartung, Pharm.D., M.P.H., professor in the College of Pharmacy. “Although anecdotes and smaller studies have suggested problems, our study is the first to systematically characterize this barrier.”

It turns out it’s quite common for pharmacies to block access.

“This study is the largest and most comprehensive pharmacy-focused assessment of buprenorphine availability to date and confirms that pharmacies can be a significant barrier to buprenorphine access nationwide,” the authors write.

Four researchers called a total of 921 pharmacies around the country in May and June of 2020, focusing on 473 U.S. counties with high rates of death from opioid-related overdoses. Of all the pharmacies contacted, they found that 183 – 20% of the total – indicated they would not dispense buprenorphine. They found that independent pharmacies and those in southern U.S. states were significantly more likely to restrict buprenorphine.

Any disruption in access to buprenorphine can put a patient’s recovery at serious risk.

“If I see a patient and they want to get started on buprenorphine, they’ve already gone through a lot of processing to make that behavior change,” said co-author Ximena A. Levander, M.D., M.C.R., clinical instructor (general internal medicine and geriatrics) in the OHSU School of Medicine. “Any barrier can be very disruptive, especially when initiating treatment because they’re at high risk to return to use.”

Buprenorphine, approved by the Food and Drug Administration in 2002, relieves withdrawal symptoms and pain, and normalizes brain function by acting on the same targets in the brain as prescription opioids or heroin. It is one of three medicines approved by the FDA to treat opioid dependence, along with methadone and naltrexone.

Lead author Neda Kazerouni, a fourth-year student in the OHSU/OSU College of Pharmacy, said she hopes the research raises awareness of the stigma against people with opioid use disorder. As the nation’s opioid epidemic continues to claim more than 70,000 lives annually in overdose deaths, Kazerouni said she hopes the new findings will encourage pharmacists to do their part to roll back the epidemic.

“Pharmacists can have a role in reducing opioid use disorder by reducing stigma,” Kazerouni said. “Furthermore, community pharmacists should be encouraged to work collaboratively with a patient’s provider to ensure there is continuity of care in all stages of treatment.”