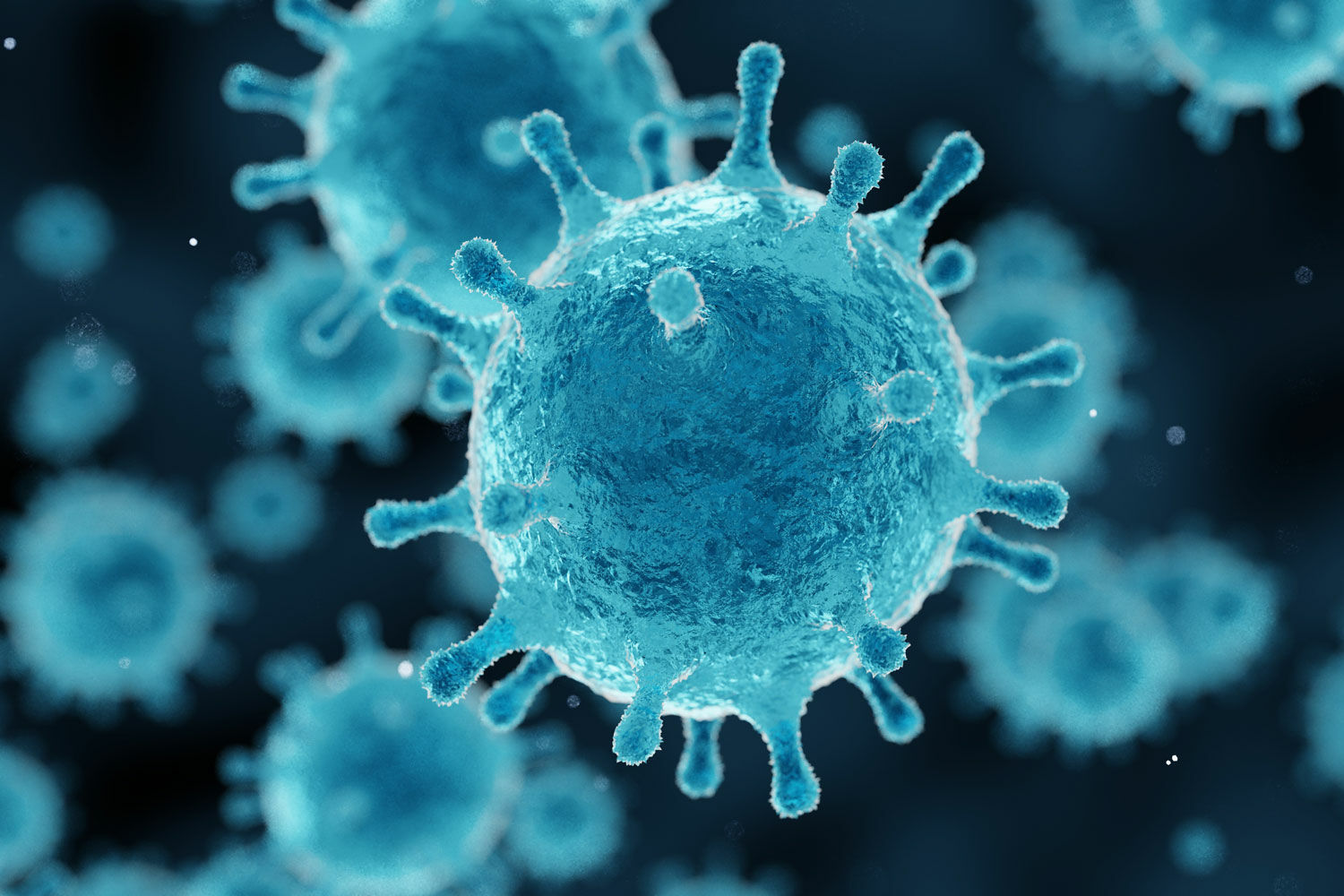 Some viral diseases could possibly contribute to neurodegeneration. DZNE researchers report this in the scientific journal “Nature Communications”. Their assessment is based on laboratory experiments in which they were able to show that certain viral molecules facilitate intercellular spreading of protein aggregates that are hallmarks of brain diseases like Alzheimer’s. These findings may provide clues how acute or chronic viral infections could contribute to neurodegeneration.

Aggregates of misfolded proteins, which occur in so-called prion diseases such as Creutzfeldt-Jakob disease, have the ability to pass from one cell to another, where they transfer their abnormal shape to proteins of the same kind. As a result, the disease spreads across the brain. A similar phenomenon is discussed for Alzheimer’s and Parkinson’s disease, which also exhibit assemblies of misfolded proteins. Transmission of aggregates could involve direct cell-to-cell contact, the release of “naked” aggregates into extracellular space or packaging in vesicles, which are tiny bubbles surrounded by a lipid envelope that are secreted for communication between cells. “The precise mechanisms of transmission are unknown”, says Ina Vorberg, a research group leader at the DZNE’s Bonn site and professor at the University of Bonn. “However, it is an obvious guess, that aggregate exchange by both direct cell contact and via vesicles depends on ligand-receptor interactions. This is because in both scenarios, membranes need to make contact and fuse. This is facilitated when ligands are present that bind to receptors on the cell surface and then cause the two membranes to fuse.”

Based on this assumption, Vorberg’s team, with support from DZNE colleagues in Munich and Tübingen as well as Belgian scientists, performed an extensive series of studies with different cell cultures. Thereby, they investigated the intercellular transfer of either prions or aggregates of tau proteins, as they occur in similar form in prion diseases or Alzheimer’s disease and other “tauopathies”. Mimicking what happens as a result of viral infection, the researchers induced cells to produce viral proteins that mediate target cell binding and membrane fusion. Two proteins were chosen as prime examples: SARS-CoV-2 spike protein S, which stems from the virus causing COVID-19, and vesicular stomatitis virus glycoprotein VSV-G, which occurs in a pathogen that infects cattle and other animals. Moreover, cells expressed receptors for these viral proteins, namely the LDL receptor family, which act as docking ports for VSV-G, and human ACE2, the receptor for the spike protein.

“We could show that the viral proteins are incorporated both into the cellular membrane and into the extracellular vesicles. Their presence increased protein aggregate spreading between cells, both by direct cell contact or by extracellular vesicles. The viral ligands mediated an effective transfer of aggregates into recipient cells, where they induced new aggregates. The ligands act like keys that unlock the recipient cells and thus sneak in the dangerous cargo,” Vorberg says. “Certainly, our cellular models do not replicate the many aspects of the brain with its very specialized cell types. However, independent of the tested cell type producing the pathologic aggregates, the presence of viral ligands clearly increased the spreading of misfolded proteins to other cells.  All in all, our data suggests that viral ligand-receptor interactions can in principle affect transmission of pathologic proteins. This is a novel finding.”