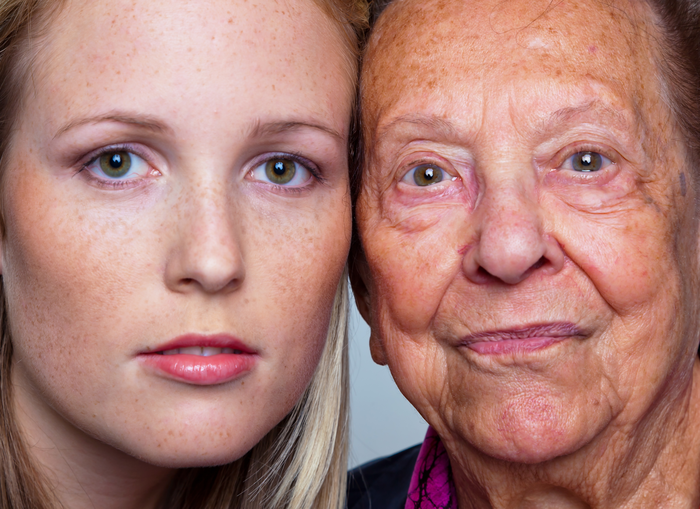 Some people have older-looking brains

Researchers in brain science and aging are very interested in measuring the health of a brain using a single observation. The most popular way to measure it is through a method called “brain age”. This measurement, “brain age”, has a lot of potential as can be used to detect and follow-up individuals at risk for dementia or cognitive (e.g. memory) problems in the future.

This measurement estimates the brain age of a brain scan and compares it to the person’s actual age to determine whether their brain is aging faster or slower than expected for their age. Individuals can have brains that appear older or younger than their own age.

However, since brain age relies on one brain scan taken at one point in time, it has not been clear whether it really measures brain aging or if it might capture brain differences that have been present throughout the individual’s life.

This study demonstrates that the brain age score is in fact unable to predict, using a single brain scan, the pace of aging in the participants’ brains. Instead, it reflects early-life conditions, some of them present even before you were born.

In the current study the researchers measured the pace of brain aging in almost 1.500 adult individuals (from ages 20 to 90 years of age) by scanning their brains several times over a long period of time (up to 10 years). They coupled this with data on their birth weight and genetics from the UK and Lifebrain biobanks.

Firstly, they found that estimated brain age did not strongly relate to the rate of brain aging in adults. In other words, a single estimate of brain age cannot tell you how an individual’s brain is changing over time.

Secondly, they found that estimated higher brain age is associated with lower birth weight and a genetic disposition of an individual to have smaller brains, bigger ventricles and, thinner cortex compared to other individuals.

The results suggests that a person’s brain age reflect early-life influences on brain structure, and only to a very modest degree reflects brain changes in middle and old adulthood.

So why do some people’s brain age faster than normal?

Lead author of the study, Didac Vidal-Pineiro, at the University of Oslo explains: “Individuals with older-looking brains do not necessarily present accelerated aging and deteriorations. Rather, older brains most likely reflect normal differences that were already present early in life and that remained constant throughout the lifespan. We showed these differences can be both genetic and environmental as birth-weight partially reflects the «womb» environment.”

The results show the need to rely on longitudinal data (several scans from the same individual, over time) whenever the goal is to understand changes in brain and cognition in aging.