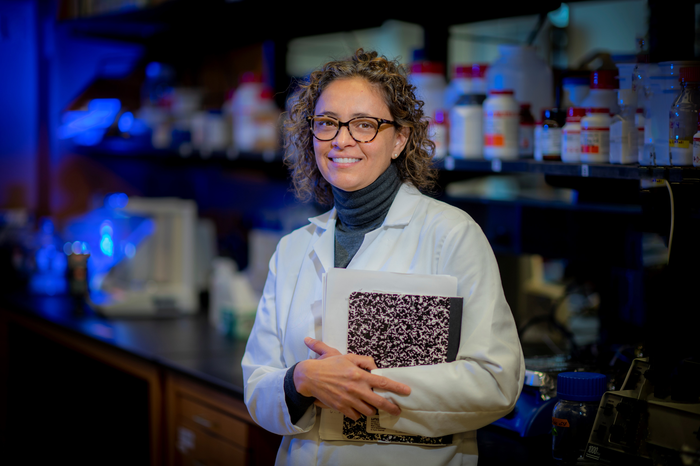 Deep in the brain a group of large neurons produce a hormone which prompts our bodies to hold onto more fluid and increase blood pressure.

Scientists say these neurons play a critical role in enabling our bodies to maintain healthy homeostasis by using this skill set to efficiently eliminate the excessive salt we consume in an unhealthy meal.

But scientists at the Medical College of Georgia and Georgia State University also say that the chronic high-salt diet most Americans consume can turn this system against us, resulting in hyperactivity of these neurons, continuing production of this hormone vasopressin, constriction of blood vessels and increasing our risk for common cardiometabolic diseases like high blood pressure and heart disease.

A new $2.7 million multi-principal investigator grant (RHL162575A1) from the National Institutes of Health is enabling the scientists to further explore this apparently novel way cardiometabolic diseases happen and identify new therapeutic targets for them.

The large neurons in the supraoptic nucleus in the hypothalamus near the base of the brain secrete oxytocin, a hormone key to the reproductive system, as well as vasopressin, called an antidiuretic hormone because it actually helps the body hold onto fluids, which can help dilute excess salt in the body so it can be excreted in the urine, says Dr. Jessica A. Filosa, neurovascular physiologist in the MCG Department of Physiology.

“We are looking at how the brain is sensing high salt and how it’s responding to that high salt to correct the disturbance in an efficient way and regain homeostasis,” Filosa says.

She and Dr. Javier E. Stern, director of the GSU Center for Neuroinflammation and Cardiometabolic Diseases, are both PIs on the new grant.

They are finding that salt loading increases the firing of vasopressin-producing neurons, increases constriction of blood vessels and decreases local blood flow. More typically when neurons become active, blood flow to them increases, in a process called neurovascular coupling. This helps ensure working neurons have the adequate oxygen and nutrients needed to sustain increased activity.

In the supraoptic nucleus, however, Stern, Filosa and their colleagues, showed that the high activity of vasopressin neurons produces an apparently self-induced and sustained constriction of the vast network of blood vessels directly feeding them. The investigators also showed that the resulting local hypoxia — an oxygen supply considered inadequate to sustain homeostasis — was one of the mechanisms by which the activity of vasopressin neurons was further excited. It’s a form of inverse neurovascular coupling.

But the process becomes a problem that instead contributes to high blood pressure and likely other problems when high-salt intake becomes chronic like it is for most of us: 90% of Americans age 2 and older consume too much sodium, according to the Centers for Disease Control and Prevention, an average of more than 3,400 milligrams daily compared to the recommended 2,300 milligrams.

The new grant is enabling studies in both tissue and an animal model Stern developed looking further at specific mechanisms and signaling and just how the resulting reduced blood flow in the region of vasopressin neurons manages to increase rather than decrease their activity. And, what happens to this unusual response in the face of conditions like heart failure.

They also want to know if they first constrict the blood vessels, does it still have this odd response of increasing neuron activity. This type of insight should help them better dissect the pathway. They already know that hypoxia makes the environment more acidic and that these neurons have an acid sensing ion channel, or ASIC, which means that a low pH can activate ASIC channels and increase the firing of the neurons. That could mean that chronic high salt consumption, which results in hypertension, vessel remodeling and enhanced constriction, also works in this direction to keep overstimulating the neurons to keep releasing vasopressin.

Another piece of the puzzle is astrocytes, those star-shaped brain cells that support neurons and typically step up their game when neurons are more active. But in this region, high salt intake prompts astrocytes to retract their processes which potentially worsens the scenario because one of the many jobs of astrocytes is to remove excitatory signals from where these neurons sit to keep them from overreacting.

They also are further exploring early evidence that yet another piece of the puzzle, the slow buildup of the natural, strong blood vessel dilator nitric oxide that hypoxia also induces, could be a mechanism for restoring homeostasis to these overactive neurons. There are multiple potential sources for nitric oxide nearby, including the neurons themselves, the supportive astrocytes, and potentially the endothelial cells that line blood vessels.

But Filosa notes that in cardiometabolic disease, nitric oxide signaling is impaired which could mean that the mechanism that turns vasopressin neurons off is impaired, something they also will be exploring in their model of heart failure.

Another of the many questions they want to answer is if you have too much vasopressin in the supraoptic nucleus, does that also decrease blood flow to other areas of the brain, including areas that do need more blood to be more active.

“You start with a process that really quickly is supposed to correct a disbalance in your body and it does as long as you are healthy,” she says. But if anything gets disrupted, like too little nitric oxide or too much vasopressin, it instead results in a maladaptive response and hyperexcitability of vasopressin neurons, creating a vicious and unhealthy cycle.

“I think the take home message here is that we have a very sophisticated system in this area of the brain that quickly restores a disturbances, like with a high-salt meal, and you want to keep that system healthy,” Filosa says.

The work started in Filosa’s lab with former graduate student Dr. Wenting Du working in brain slices and finding that if you stimulate vasopressin neurons the blood vessels around them constrict, making it clear it’s a local action. When the scientists blocked the activity of the neurons, blood vessel constriction didn’t happen.

In collaboration with Dr. Colin Brown, hypothalamus researcher in the Centre for Neuroendocrinology at the University of Otago Research Center in New Zealand, Stern developed an in vivo approach to image the supraoptic nucleus of the hypothalamus enabling the scientists to see if what they first found in response to putting salt on these neurons ex vivo also occurs in  the intact brain. With the in vivo neuroimaging technique developed, the scientists watched in real time as salt prompted a sustained increase in the activity of vasopressin neurons and constriction of blood vessels that supply the supraoptic nucleus. Also, they observed that the constriction was sufficient to create hypoxia in the region and increased neuronal activity.

As part of a major collaborative effort, Drs. Stern, Filosa, Brown, Du and others reported this unusual response late last year in the journal Cell Reports.

Lower blood flow in other brain regions, like the cortex, in response to a stimulus is more typically associated with disease conditions, like Alzheimer’s or stroke, Stern commented at the time. Still there are other brain regions that use this rather unorthodox approach to increase neuronal activity, Filosa says.

The irony that this hypoxia-induced increased firing of neurons happens is compounded by the fact that the supraoptic nucleus has such a huge network of blood vessels supplying neurons that oddly are normally hypoxia resistant, a reality that has always made scientists scratch their heads.