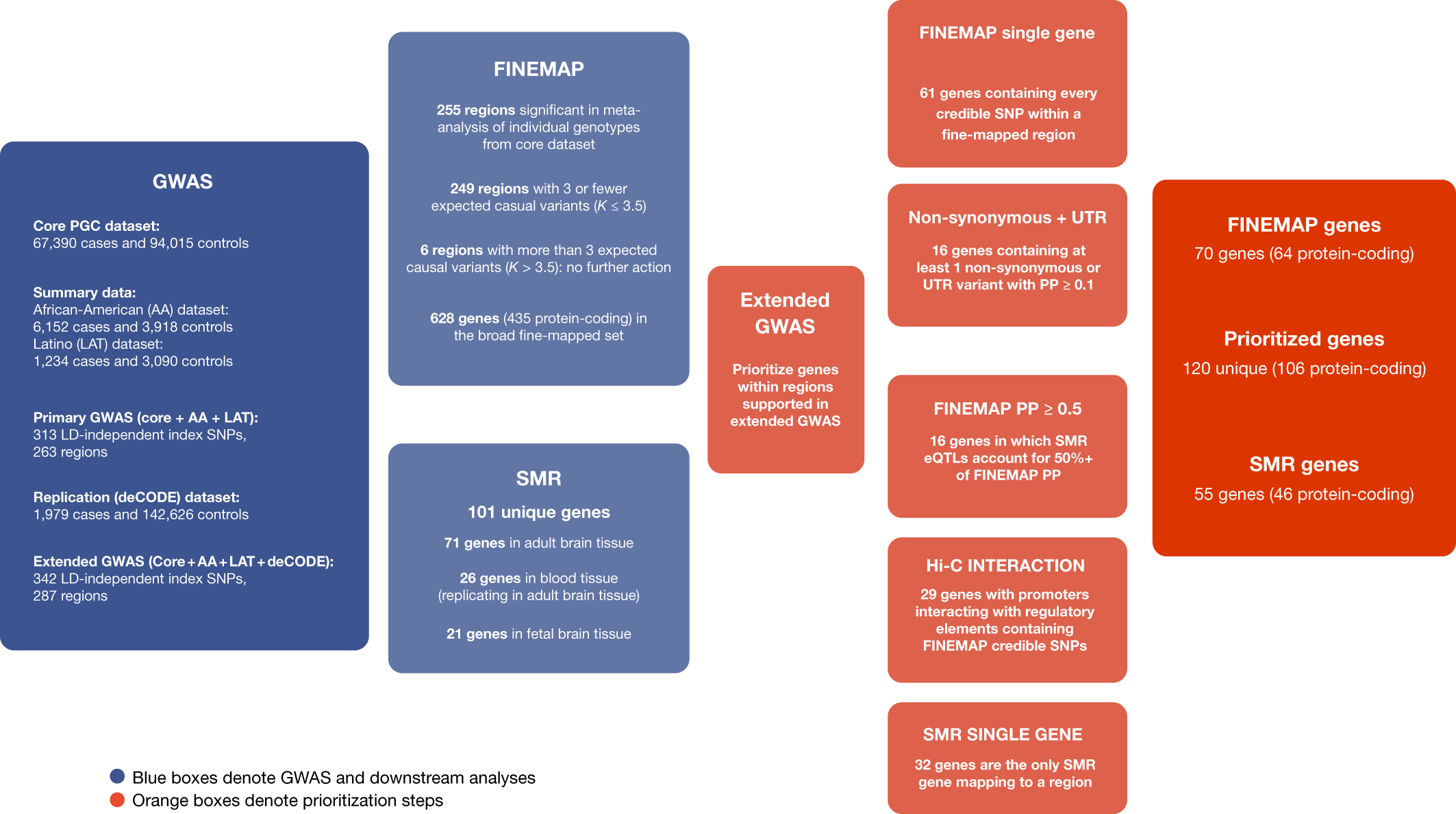 Schizophrenia is a serious psychiatric disorder that starts in late adolescence or early adulthood and affects around 1 in 300 people worldwide, according to the World Health Organization.

In a paper published April 8 in Nature, specific genes were identified that could play important roles in the psychiatric disorder. In the largest genetic study of schizophrenia, researchers including Ayman Fanous, MD, analyzed DNA from 76,755 people with schizophrenia and 243,649 without it to better understand the genes and biological processes underpinning the condition.

“Previous research has shown associations between schizophrenia and many DNA sequence changes, but rarely has it been possible to link the findings to specific genes,” said Fanous, chair of the Department of Psychiatry at the University of Arizona College of Medicine – Phoenix. Dr. Fanous also serves as chair of Psychiatry at Banner – University Medical Center Phoenix.

“We have been able to link many of them to specific genes, a necessary step in what remains a difficult journey toward understanding the causes of this disorder and identifying new treatments.”

Dr. Fanous contributed to the study as a member of the Psychiatric Genomics Consortium, which comprises hundreds of researchers across 45 countries.

The study found a much larger number of genetic links to schizophrenia than ever before, in 287 different regions of the genome, the human body’s DNA blueprint.

The study is the largest genome-wide association project to date, and the research team identified a “substantial increase” in the number of genomic regions associated with schizophrenia. Within these regions, they then used advanced methods to identify 120 genes likely to contribute to the disorder.

Although there are large numbers of genetic variants involved in schizophrenia, the study showed they are concentrated in genes expressed in neurons, pointing to these cells as the most important site of pathology. The findings also suggest abnormal neuron function in schizophrenia affects many brain areas, which could explain its diverse symptoms that may include hallucinations, delusions and problems thinking clearly.

More than 7,000 people with either African American or Latino ancestries were included, which researchers say is a small step toward making sure advances that come from genetic studies can benefit people beyond those of European ancestries.

“To better understand the complexities of the genome and the mutations that lead to psychiatric disorders, it is very important that we leverage the power of larger, more ethnically diverse datasets,” said Dr. Fanous. “We encourage people of all ancestries to participate in genetic studies and help uncover the genetic causes of these illnesses.”

Data from the Centers for Disease Control and Prevention reveal that more than 50% of Americans will be diagnosed with a mental illness or disorder at some point in their lives. Serious mental illness, such as schizophrenia, affects 1 in 25 Americans.

“The College of Medicine – Phoenix is building a translational research ecosystem in neuroscience and mental health to serve the needs of communities in Arizona,” said Guy Reed, MD, MS, dean of the UArizona College of Medicine – Phoenix. “We are immensely proud to have Dr. Fanous leading research initiatives in genetics and genomics, in partnership with the Phoenix VA Health Care System, to identify novel therapies that will provide personalized care for patients.”

This global study, led by Cardiff University, sheds the strongest light yet on the genetic basis of schizophrenia.

Clues into a Sleep Mystery