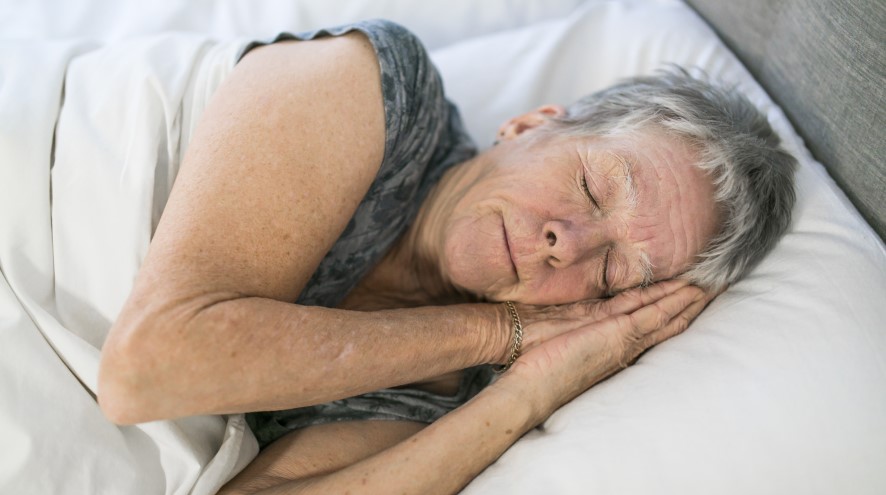 Not only does how well people with dementia sleep affect their symptoms the following day, but of particular significance is their sleep continuity, or the extent which they can stay asleep after initially falling asleep, according to a new study by Brighton and Sussex Medical School (BSMS), the University of Surrey and University of Sussex.

Dr. Sara Balouch, former Dementia Research Fellow from the Centre for Dementia Studies at BSMS and lead author of the paper, said “Our research shows that night-to-night variations in sleep predict day-to-day variations in symptoms of dementia, more so than in people without cognitive impairment. We suggest that it may be possible to optimise time in bed and sleep continuity, to improve daytime symptoms in people living with dementia.”

Over a two-week period, researchers assessed sleep in people living with dementia and assessed their daytime cognition and dementia symptoms, such as everyday memory problems.  Sleep was assessed both by self-report and objectively by activity monitors placed on the wrist, for this two-week period. Researchers not only asked the people living with dementia about their sleep but also asked their partners/caregivers to comment on their daily patterns of behaviour.

Detailed analyses of the sleep data indicated that sleep continuity was among the most predictive aspects of next day symptoms. Sleep continuity refers to the extent which one can stay asleep after initially falling asleep. When we spend too much time in bed, however, sleep continuity actually decreases. It was found that increased sleep continuity was related to feeling more alert, fewer everyday memory errors and fewer carer reported memory and behavioural problems. However, it was also related to reduced ability to conduct a subtraction task the next morning, which the researchers believe might have something to do with sleep inertia (a state of impaired cognitive performance immediately following sleep).

The research was supported by the Centre for Dementia Studies, BSMS, Sussex Partnership NHS Foundation Trust and the UK-Dementia Research Institute.

The findings were published in the journal Alzheimer’s & Dementia: Diagnosis, Assessment & Disease Monitoring.

E-Cigarettes May Be More Effective Than Nicotine Patches in Helping Pregnant Women Who Smoke Quit, and Are Just as Safe