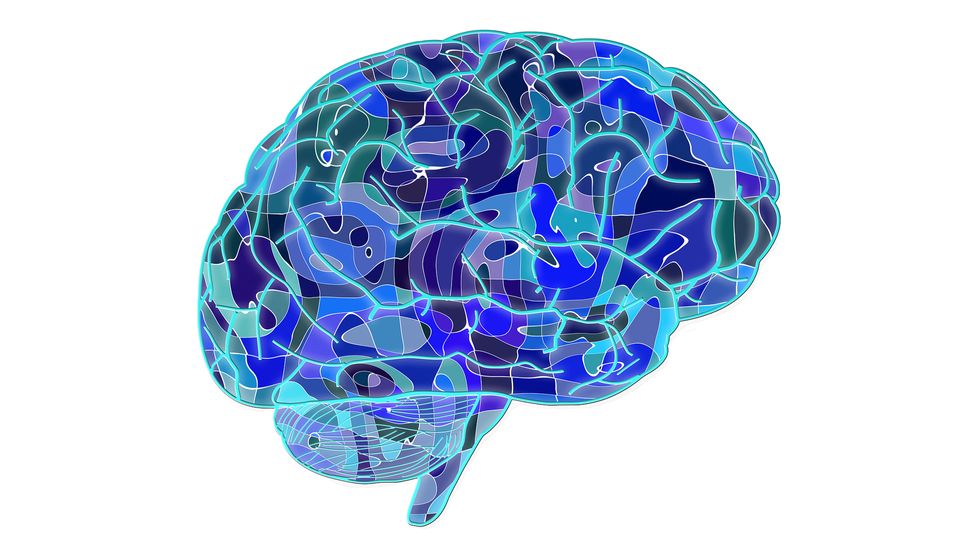 Scientists at Scripps Research have developed a new tool to monitor brain plasticity—the way our brains remodel and physically adapt as we learn and experience things, from watching a movie to learning a new song or language. Their approach, which measures the proteins produced by individual types of brain cells, has the potential to both answer basic questions about how the brain works, and shed light on numerous brain diseases in which plasticity goes awry.

Prior experiments in several labs have already revealed how brain activity spurs changes in the gene expression in neurons, an early step in plasticity. The team’s experiments, described in Journal of Neuroscience on September 7, focus on the next essential step in plasticity, translation of the genetic code into proteins.

“We still don’t understand all the mechanisms underlying how cells in our brain change in response to experiences, but this approach gives us a new window into the process,” says Hollis Cline, PhD, the Hahn Professor and Chair of Neuroscience at Scripps Research and senior author of the new work.

When you learn something new, two things happen: First, neurons immediately pass electrical signals along new routes in your brain. Then, over time, this leads to changes in the physical structure of cells and their connections in the brain. But scientists have long wondered what happens in between these two steps. How does this electrical activity in neurons ultimately coax the brain to change in more lasting ways? Even further, how and why does this plasticity decrease with age and certain diseases?

Previously, researchers have studied how genes in neurons turn on and off in response to brain activity, hoping to get insight into plasticity. With the advent of high-throughput gene sequencing technologies, tracking genes in this way has become relatively easy. But most of those genes encode proteins—the real workhorses of cells, the levels of which are more difficult to monitor. But Cline, in close collaboration with Scripps professor John Yates III, PhD, and associate professor Anton Maximov, PhD, wanted to look directly at how proteins in the brain change.

“We wanted to jump into the deep end of the pool and see what proteins are important to brain plasticity,” says Cline.

The team designed a system in which they could introduce a specially tagged amino acid—one of the building blocks of proteins—into one type of neuron at a time. As the cells produced new proteins, they would incorporate this amino acid, azidonorleucine, into their structures. By tracking which proteins contained the azidonorleucine over time, the researchers could monitor newly made proteins and distinguish them from pre-existing proteins.

Cline’s group used the azidonorleucine to track which proteins were made after mice experienced a large and widespread spike in brain activity, mimicking what happens at a smaller scale when we experience the world around us. The team focused on cortical glutamatergic neurons, a major class of brain cell responsible for processing sensory information.

After the increase in neural activity, the researchers discovered levels of 300 different proteins changed in the neurons. While two-thirds increased during the spike in brain activity, the synthesis of the remaining third decreased. By analyzing the roles of these so-called “candidate plasticity proteins”, Cline and her colleagues were able to gain general insight into how they might impact plasticity. Many of the proteins related to the structure and shape of neurons, for instance, as well as how they communicate with other cells. These proteins suggested ways in which brain activity can immediately begin to impact connections between cells.

Additionally, a number of the proteins were related to how DNA is packaged inside cells; changing this packaging can change which genes a cell can access and use over a long time period. This suggests ways that a very short spike in brain activity can lead to more sustained remodeling within the brain.

“This is a clear mechanism by which a change in brain activity can lead to waves of gene expression for many days,” says Cline.

The researchers hope to use this method to discover and study additional candidate plasticity proteins, for instance those that might change in different types of brain cells after animals see a new visual stimulus. Cline says their tool also could offer insight into brain diseases and aging, through comparisons of how brain activity impacts protein production in young versus old and healthy versus diseased brains.