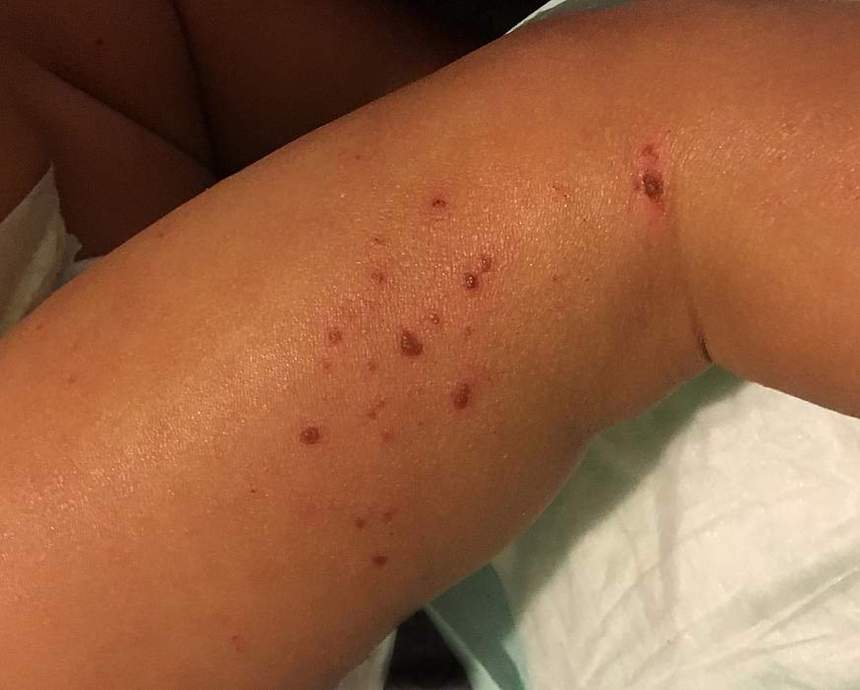 Researchers have identified mutations in a gene called CARD11 that lead to atopic dermatitis, or eczema, an allergic skin disease. Scientists from the National Institute of Allergy and Infectious Diseases (NIAID), part of the National Institutes of Health, and other institutions discovered the mutations in four unrelated families with severe atopic dermatitis and studied the resulting cell-signaling defects that contribute to allergic disease. Their findings, reported in Nature Genetics, also suggest that some of these defects potentially could be corrected by supplementation with the amino acid glutamine.

The scientists analyzed the genetic sequences of patients with severe atopic dermatitis and identified eight individuals from four families with mutations in the CARD11 gene, which provides instructions for production of a cell-signaling protein of the same name. While some people with these mutations had other health issues, such as infections, others did not, implying that mutations in CARD11 could cause atopic dermatitis without leading to other medical issues often found in severe immune system syndromes.

The scientists next set out to understand how the newly discovered CARD11 mutations contribute to atopic dermatitis. Each of the four families had a distinct mutation that affected a different region of the CARD11 protein, but all the mutations had similar effects on T-cell signaling. With cell culture and other laboratory experiments, the researchers determined that the mutations led to defective activation of two cell-signaling pathways, one of which typically is activated in part by glutamine.

Growing cultured T cells from patients with CARD11 mutations with excess glutamine boosted mTORC1 activation, a key part of one of the affected pathways, suggesting the potential to partially correct the cell-signaling defects that may contribute to atopic dermatitis. The scientists now are planning a study to assess the effect of supplemental glutamine and leucine, another amino acid that activates mTORC1, in people with atopic dermatitis with and without CARD11 mutations.