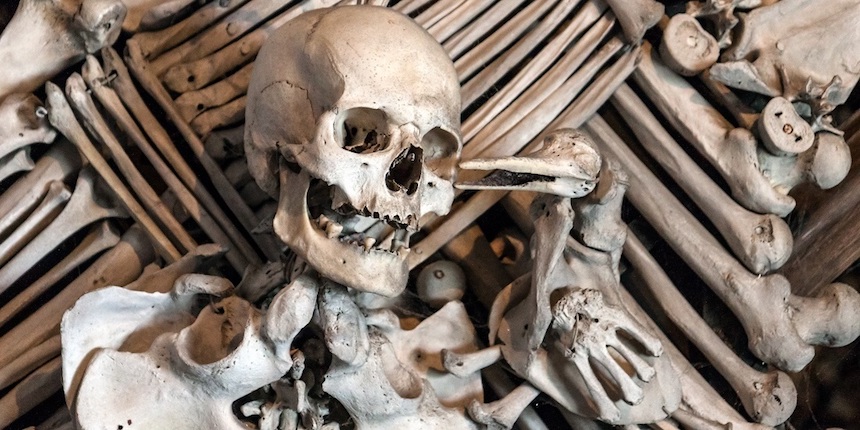 The plague that is believed to have caused the Black Death still occasionally ravages populations, albeit to a much smaller extent than before. Now we know more about how the bacteria attack us.

But how does the plague bacterium attack human beings, and how does the body defend against its constantly evolving attacks? New research on the bacterium is yielding new answers.

Evolution seems to work like an “arms race” between bacteria and humans.

Bacteria attack the human body in new ways, but over several generations, human beings become better at fighting them and build resistance to the attacks – at least until the bacteria find new and different means of attacking us.

To put it another way, bacteria find ways to inhibit immune responses, but the body also develops new ways to circumvent the blockade and to recognize the infection. “We can only hope that humans win in the end!” says Egil Lien, an adjunct professor in NTNU’s Department of Cancer Research and Molecular Medicine.

Lien is part of a group at the NTNU–CEMIR research center, which among other things investigates how bacteria attack people. For this project, Lien’s group researched bacterial effector proteins.

These effector proteins can have various functions, but their main purpose is to provide a good growing environment for the invading bacteria.

Bacteria can stop attacks and bacteria-inhibiting activities on themselves by blocking the host cells’ immune responses, which is often the task of the innate immune system.

Put simply, bacteria can use the effector proteins to create chaos inside cells, allowing the infection to spread without being effectively stopped.

Bacteria can secrete effector proteins in several ways. One of the best-known methods is the type 3 secretion system, which is found in various disease-causing pathogens such as salmonella, E. coli, shigella and Yersinia.

“These secretion systems are sophisticated nanomachines,” says Lien. “They form a ‘needle’ from the bacterium and create a pore in the target cell membrane that the effector proteins are released into.”

Researchers associated with NTNU–CEMIR use Yersinia pestis – that is, the bacterium that causes bubonic plague – as a model system that demonstrates how several types of bacteria work.

The Black Death was most likely a combination of the bubonic and pneumonic plagues, according to most scientists in the field.

Gemini says that researchers at NTNU–CEMIR have discovered how some of these bacterial effector proteins can block new signaling pathways in our innate immune system.

The researchers focused on how bacteria manipulate the cell’s secretion of the signal molecules (called cytokines) IL-1β and IL-18. These excretions can produce anti-bacterial responses in mammals.

“Yersinia is very effective in controlling the secretion of these cytokines. One type of effector molecule called YopM can inhibit the activation of a cell complex called the pyrin inflammasome, which regulates the release of IL-1β and IL-18,” says Lien.

One bacterial strain that lacks YopM and that is weakened in normal mice can cause disease reactions in mice lacking pyrin. This result has proven that this mechanism is important for immune functions in mammals.

Evolution allows humans can develop new defense mechanisms against such attacks. People who survive bacterial attacks and go on to have children will pass on their genes and their ability to resist disease to the next generation.

Eventually, individuals who fight off bacterial attacks can come to predominate in an entire population, especially if the illness is so damaging or deadly that it prevents people from passing on their genes.

This situation can lead to unexpected results – like that it may be an advantage to be exposed to less serious illnesses.

“It’s interesting that some people, like those who have the autoinflammatory disease Familial Mediterranean fever (FMF), have mutations in their pyrin molecule. These patients may have an increased level of IL-1β and IL-18,” says Lien.

One hypothesis is that these individuals may have had a different resistance to infections, such as the Black Death, throughout the ages.

Might this population have been more resistant since they have greater amounts of signal substances? Could this have been a positive selection factor that helped them, on average, to have more surviving children than those who did not have increased resistance?

FMF is a rare disease in Norway. It is much more common in Turkey, for example, which was one of the portals for bringing plague from Asia to Europe during the Black Death in the Middle Ages.

“More research may be able to find connections between these pyrin mutations, historic epidemics and pandemics, and modern infections,” Lien says.

He adds that the CEMIR project has already found complex interactions between bacteria and host organisms, and shown new aspects of how the body fights infections.