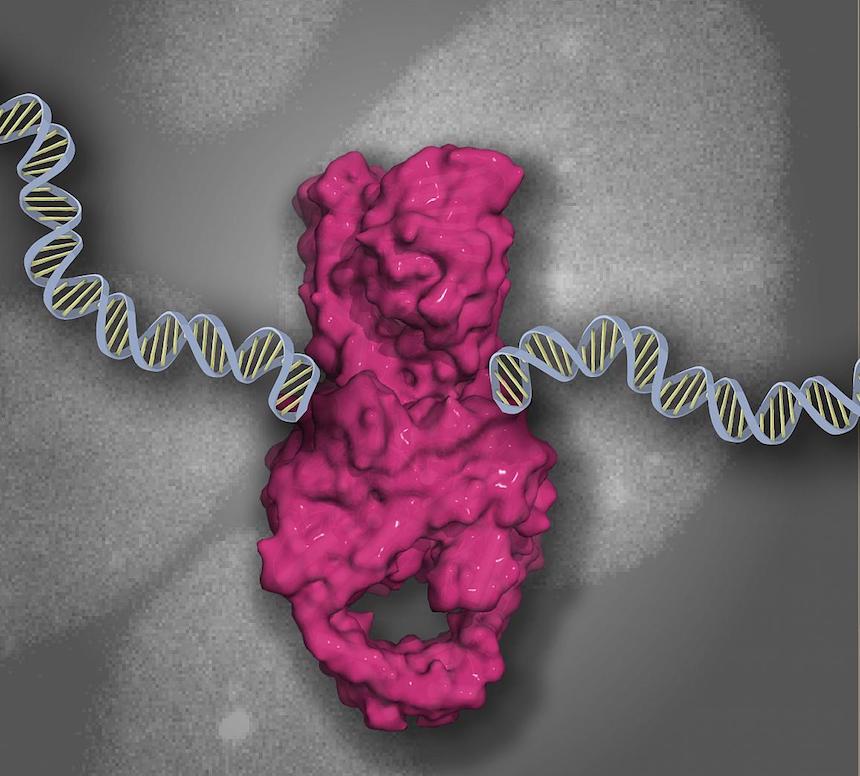 An international team led by scientists at the National Institutes of Health is the first to discover a new way that cells fix an important and dangerous type of DNA damage known as a DNA-protein crosslink (DPC). The researchers found that a protein named ZATT can eliminate DPCs with the help of another protein, TDP2. Since DPCs form when individuals receive some types of cancer treatments, understanding how TDP2 and ZATT work together to repair the damage may improve the health outcomes of cancer patients. The findings were published in the journal Science.

Researchers knew that TDP2 was important for removing DPCs, but they did not know how it was directed to where it needed to work, according to corresponding author Scott Williams, Ph.D., deputy chief of the Genome Integrity and Structural Biology Laboratory at the National Institute of Environmental Health Sciences (NIEHS), part of NIH. Williams and his team used a multi-pronged approach to identify ZATT as a new contributor to this process and determine how it guides TDP2 to DPCs so they can be repaired.

To visualize how these proteins choreograph DPC repair, one must first know how DPCs are created. Matthew Schellenberg, Ph.D., an NIEHS visiting fellow and lead author on the paper, said when DNA becomes tangled inside of cells, organisms use a protein called topoisomerase 2 (TOP2) to untangle it.

“Imagine your DNA is a giant ball of yarn,” Schellenberg said. “TOP2 cuts and reties individual threads to disentangle the ball.”

Schellenberg explained that TOP2 normally conceals its cut DNA ends within the core of the TOP2 protein that encircles DNA. Doing so ensures the protein can complete the second part of its job, which is rejoining DNA ends. However, chemotherapeutic drugs or environmental chemicals sometimes block the protein’s DNA-retying ability, so that TOP2 remains stuck on DNA. This situation creates a stable TOP2-DPC complex, which leads to the accumulation of severed DNA that kills cells.

He added that TOP2-DPCs are most potently formed by pharmaceutical drugs that humans exploit to eradicate cancer cells, making TOP2-DPCs double-edged swords. If they are not removed, they trigger cell death. While cancer drugs induce formation of TOP2-DPCs to treat cancer, TOP2-DPC lesions can also be the source of disease, as they can cause rearrangement of an organism’s genome that leads to cancer. For this reason, Williams and his colleagues said it was necessary to learn how DPCs are located and broken down.

“In this study, we discovered a new molecular disarmament apparatus for these cell-killing bombs,” Williams said. “ZATT is like a bomb sniffing dog, so when it locates its target, it sounds an alarm to mobilize the recruitment of TDP2, which cuts the red wire to disarm these threats.”

Schellenberg said chemotherapeutic drugs, such as etoposide, are not the only pharmaceuticals that induce DPCs. Many of the antibiotics that are currently on the market use the same method to damage bacterial DNA. He said this work was part of a larger effort to figure out how researchers can exploit this key vulnerability to improve health.

“We’ve discovered how we defend against this potent means of cell killing,” Schellenberg said. “It is our hope that this information will enable development of new drugs that target these defenses. By lowering the defenses, we may make drugs that kill cancer cells more effective.”

Americans in Rural Areas More Likely to Die by Suicide