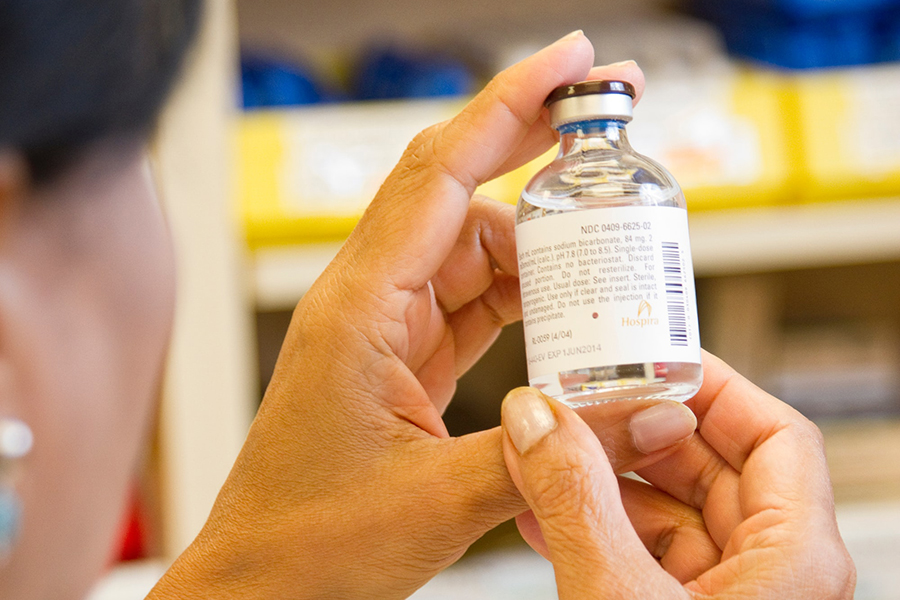 Pairing chemotherapy nanodrugs with a nutritional supplement can lessen devastating side-effects while reducing the amount of the expensive drugs needed to treat cancer according to a study from Carnegie Mellon University and Taiwan’s National Health Research Institutes. In addition, pretreatment with the supplement promotes the production of tumor-killing macrophages, making it a promising complement and supplement to existing chemotherapies.

The new findings, published in Scientific Reports, demonstrate that administering anti-cancer drugs with the FDA-approved nutrition source Intralipid, a technique first described by Carnegie Mellon Emeritus Professor of Biological Sciences Chien Ho in 2015, is ready to move to early stage clinical trials and be studied for use with other nanodrugs.

“The combination of anti-cancer nanodrugs with Intralipid enhances the inhibition of tumor growth and may serve as a novel strategy to improve therapeutic efficacy in treating cancers in clinical practice,” said Ho.

Cancer continues to increase among the global population, with an estimated 18.1 million new cases and 9.6 million deaths in 2018. The cost of treating cancer has rapidly increased due to the growing number of patients and the high cost of new anti-cancer therapies, including small molecules and biological agents.

While nanodrugs like paclitaxel have proven to be effective in killing cancer cells, less than one percent of the expensive drug reaches tumor cells. That leaves the rest to be absorbed by other cells, particularly those in the liver, kidneys and spleen, which leads to the toxic side-effects that are a hallmark of chemotherapy.

In the current study, the researchers looked at how pairing Abraxane, a form of paclitaxel commonly used to treat a number of cancers, with Intralipid would impact human cells in vitro. They found that the combination protected monocytic white blood cells from damage without impacting the drug’s efficacy in killing breast, lung or pancreatic cancer cells.

The researchers also investigated how Intralipid impacts macrophages, large white blood cells that traditionally play an important role in the immune response. Macrophages can differentiate into three different phenotypes, M0, M1 and M2. The M2 phenotype can be hijacked by cancer cells to help protect the cells and promote their proliferation while the M1 phenotype produces molecules that attack cancer cells. Through in vitro and in vivo studies using a mouse model, the team found that Intralipid promoted macrophages to polarize into the cancer-killing M1 type rather than the cancer-abetting M2 type.

In the final section of their paper, the research group demonstrated in a mouse model for breast cancer that pre-treatment with Intralipid paired with half the standard clinical dose of Abraxane was as effective in stopping tumor growth as a full clinal dose without Intralipid. Additionally, they found that while there was more of the drug present in the livers of mouse models that received Intralipid, there was not an increased amount of damage to liver cells, indicating that Intralipid had a protective effect.

“By decreasing the amount of Abraxane needed in treating cancers, we can protect the organs from some of the chemical damage done by the drug,” said Ho.

The researchers hope that the treatment can be moved into early stage clinical trials. They also believe that the technique may benefit nanodrug-based treatments for other diseases.

“This new nanodrug delivery method is a general one and can be applied to other approved and in-development nanodrugs without any modifications to the drugs or their carriers,” said Ho. “This drug delivery method can reduce the amount of drugs needed for treatment, improving the quality of life for patients and reducing the cost of treatment with these expensive drugs.”