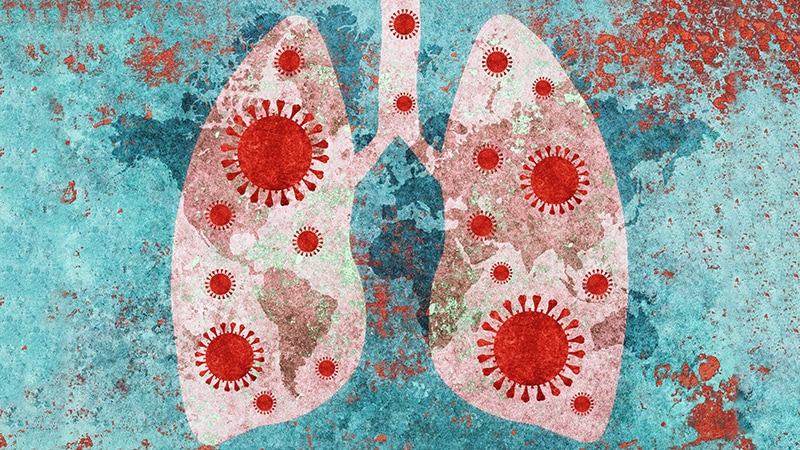 A series of autopsies conducted by Louisiana State University (LSU) Health New Orleans pathologists shows the damage to the hearts of COVID-19 patients is not the expected typical inflammation of the heart muscle associated with myocarditis, but rather a unique pattern of cell death in scattered individual heart muscle cells. They report the findings of a detailed study of hearts from 22 deaths confirmed due to COVID-19 in a Research Letter published in Circulation.

“We identified key gross and microscopic changes that challenge the notion that typical myocarditis is present in severe SARS-CoV-2 infection,” says Richard Vander Heide, M.D., Ph.D., Professor and Director of Pathology Research at LSU Health New Orleans School of Medicine. “While the mechanism of cardiac injury in COVID-19 is unknown, we propose several theories that bear further investigation that will lead to greater understanding and potential treatment interventions.”

The team of LSU Health pathologists led by Dr. Vander Heide, an experienced cardiovascular pathologist, also found that unlike the first SARS coronavirus, SARS-CoV-2 was not present in heart muscle cells. Nor were there occluding blood clots in the coronary arteries.

Their previously reported results revealed diffuse alveolar damage (DAD) – damage to the small airspaces of the lung where gas exchange occurs – along with blood clots and bleeding in the small blood vessels and capillaries of the lung, were the major contributors to death.

“These findings, along with severely enlarged right ventricles, may indicate extreme stress on the heart secondary to acute pulmonary disease,” adds Sharon Fox, MD, PhD, Associate Director of Research and Development in the Department of Pathology at LSU Health New Orleans School of Medicine.

The autopsies, believed to be some of the first reported from the US, were conducted on 22 patients who died of COVID-19 at University Medical Center in New Orleans. The majority were African American. The ten male and twelve female patients ranged in age from 44-79. Although there were other underlying conditions, the majority had high blood pressure, half had insulin-treated type 2 diabetes, and about 41% had obesity.

The LSU Health New Orleans pathologists, as have others, also found viral infection of some of the cells in the lining of the smaller blood vessels (endothelium). Although at low levels, it may be enough to cause dysfunction leading to individual cell death. The effects of the so-called “cytokine storm” (severe overreaction of the immune system cells fighting the infection) associated with COVID may also play a role.

“Given that inflammatory cells can pass through the heart without being present in the tissue proper, a role for cytokine-induced endothelial damage cannot be ruled out,” says Dr. Vander Heide.