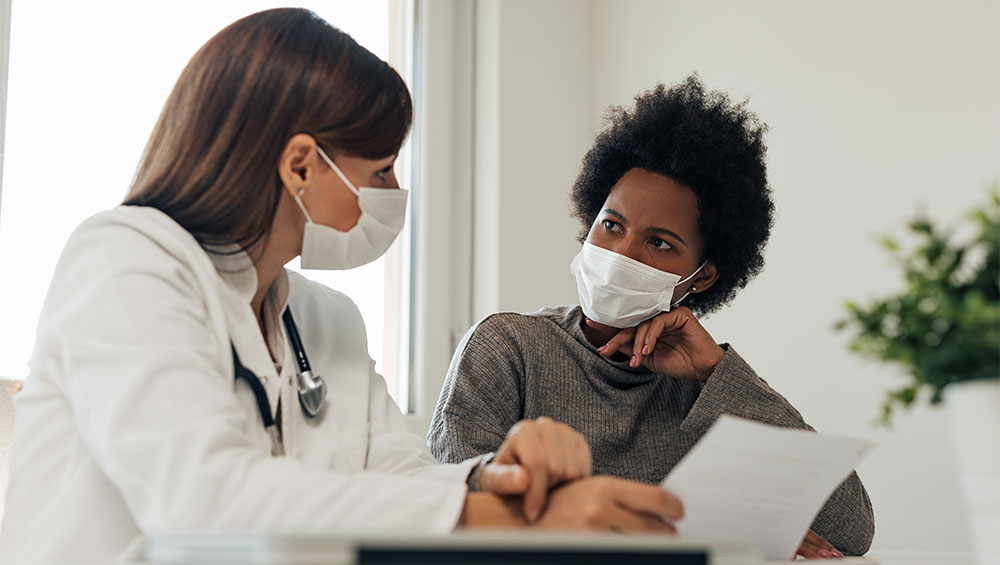 Black adults are disproportionately affected by cardiovascular disease but underrepresented in cardiovascular disease clinical research trials in the United States. The National Institutes of Health (NIH) recommends that studies should define goals for the recruitment of underrepresented clinical trial participants. However, few studies have evaluated whether newer recruitment strategies, such as the use of electronic medical record-based recruitment, are effective tools for recruiting Black participants, and no review to date has characterized the use of these methods among cardiovascular clinical trials.

In a new paper published in the Journal of the American Heart Association, researchers from Beth Israel Deaconess Medical Center (BIDMC) systematically reviewed federally funded cardiovascular disease trials run between 2000 and 2019 to determine whether various recruitment strategies impacted the number of Black participants enrolled. Their research is the first such analysis of clinical trials to examine investigators’ planning documents with respect to accruing diverse research participant populations and identified critical gaps in the representation and recruitment of Black Americans in federally-funded cardiovascular disease trials. While the team found a link between defining recruitment targets for underrepresented populations and higher enrollment of Black participants, the majority of trials either did not specify a Black enrollment target or if they did, they not meet such targets. Ultimately, the researchers found that Black participants are still significantly underrepresented in cardiovascular disease trials, and enrollment rates have not improved over time.

“There’s a critical need to increase the enrollment of Black participants in clinical trials to ensure that the scientific literature guiding clinical practice better reflects the diversity of individuals in the United States — otherwise the care of Black Americans is informed by data predominantly from non-Black participants,” said corresponding author Stephen Juraschek, MD, PhD, a clinician researcher in the Division of General Medicine and Primary Care, Section for Research, at BIDMC and assistant professor of medicine at Harvard Medical School (HMS). “Previous efforts to address lower participation by Black adults have focused on individual or community characteristics, such as mistrust, transportation and socio-economic factors. However, investigators also play a critical role during the study design phase by defining recruitment goals and formulating recruitment strategy to meet those goals. Our systematic review is the first to examine the role of trial protocols to accrue diverse research participant populations.”

Noting that the NIH has focused on the inclusion of women and underrepresented populations in its funded research since 1994, Juraschek and colleagues searched the ClinicalTrials.gov  database for NIH-sponsored interventional cardiovascular disease trials completed between January 1, 2000 and December 31, 2019. Next, the team looked at each study’s recruitment strategies, including active and passive recruitment, community-based recruitment, electronic medical record-based recruitment and healthcare provider referrals. Active recruitment included direct outreach to potential participants initiated by the research team as opposed to passive recruitment, in which participants had to initially express interest based on informational ads.

The team found that, among the 100 NIH-funded trials that met their study criteria, 62 had protocols (the detailed, step-by-step experimental methods developed in the design of a trial, prior to its implementation) outlining recruitment efforts available. Among the 90 percent of trials that reported active recruitment strategies, just five percent of trial protocols explicitly mentioned community members as being part of the trial design process, and three percent of trials had community members outside of academic medical institutions as co-authors.

Where about 25 percent of all deaths among Black adults were due to cardiovascular disease, only about half of the studies reported enrolling fewer than 25 percent Black participants and nearly a quarter of the trials did not specify what percentage of enrollees identified as Black. Trials that did not define recruitment targets often had an inadequate representation of Black participants. While 21 percent of studies explicitly mentioned target goals for recruitment of historically underrepresented populations, just one trial met its goal for enrolling Black participants.

Perhaps most alarmingly, Juraschek and colleagues observed no significant changes in the recruitment of Black adults between 2002 and 2017, nor was there a significant change in the number of trials defining enrollment targets.

“Recruitment is a critical part of a trial success that is ideally developed in the design and protocol development phase to create a diverse and representative participant population,” said Prasanna. “Both at the institutional and national level, more work needs to be done to standardize protocols to include recruitment strategies and recruitment goals for underrepresented groups.”