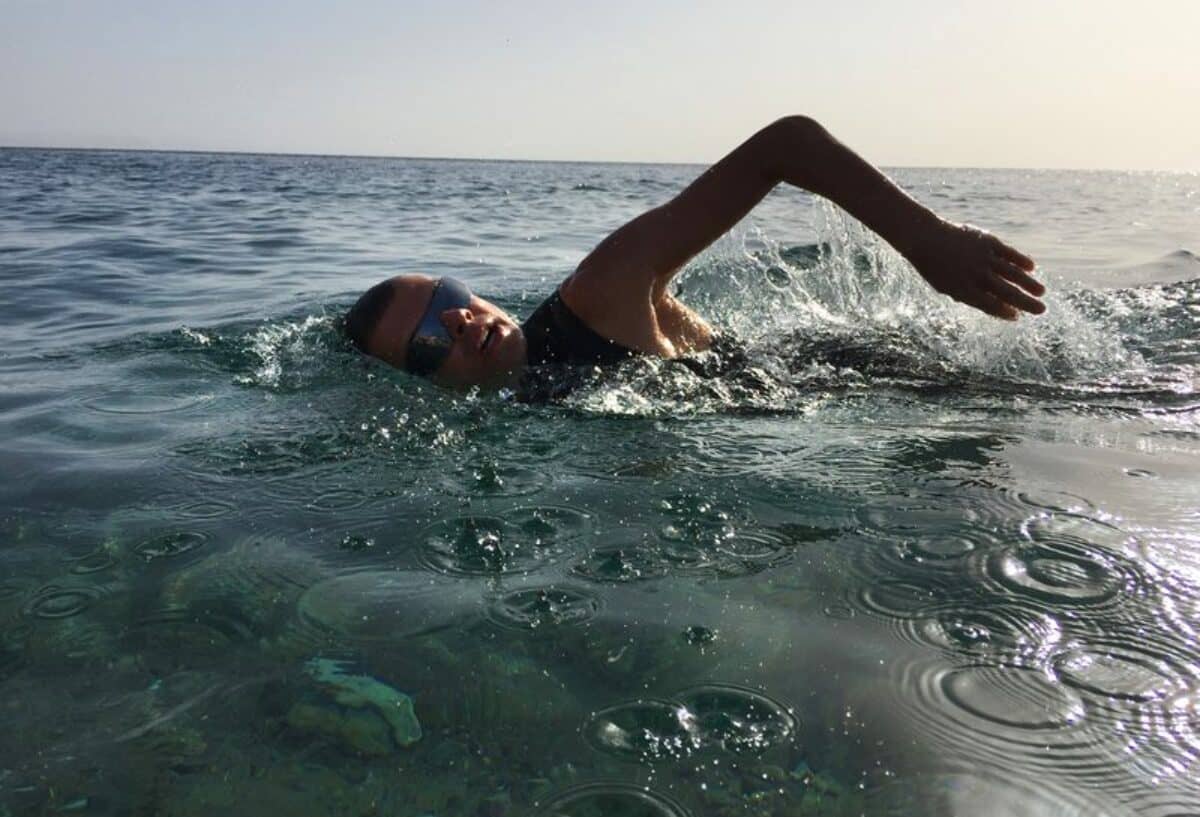 Fluid on the lungs, or pulmonary oedema as it’s formally known, is a relatively little known hazard associated with open water swimming, warn doctors in the journal BMJ Case Reports after treating a woman with the condition.

Older age, swimming long distances, cold water, and female sex are among the risk factors,  as are high blood pressure and pre-existing heart disease. But it frequently occurs in those who are otherwise fit and healthy, highlight the authors.

Open water swimming has become very popular, with more than 3 million enthusiasts in England in 2021 alone. But mounting evidence points to a link between the activity and a condition called swimming-induced pulmonary oedema, or SIPE for short.

First reported in 1989, SIPE leaves swimmers struggling to draw breath and depletes their blood of vital oxygen. It affects an estimated 1-2% of open water swimmers, but cases are likely to be underreported, say the authors.

The woman in question was in her 50s and a keen competitive long distance swimmer and triathlete.

Otherwise fit and well, she was struggling to breathe and coughing up blood after taking part in an open water swimming event at night in water temperatures of around 17°C while wearing a wetsuit. Her symptoms started after swimming 300 metres.

She had no medical history of note, but experienced breathing difficulties during an open water swim a fortnight earlier which had forced her to abandon the event and left her feeling breathless for some days afterwards.

On arrival at hospital, her heartbeat was rapid, and a chest x-ray revealed pulmonary oedema. Further scans revealed that fluid had infiltrated the heart muscle, a sign of strain known as myocardial oedema. But she had no structural heart disease.

Her symptoms settled within 2 hours of arrival at hospital. And after careful monitoring, she was discharged the following morning.

It’s not clear exactly what causes SIPE. But it likely involves increases in arterial pressure in the lungs secondary to centralisation of blood volume in a cold environment, combined with an exaggerated constriction of these blood vessels in response to the cold and increased blood flow during physical exertion.

But recurrence is common and has been reported in 13%-22% of scuba divers and swimmers, suggesting a predisposition to the condition, say the authors.

They advise swimming at a slower pace, accompanied, in warmer water, without a tight-fitting wetsuit, and avoidance of non-steroidal anti-inflammatories, such as ibuprofen, to minimise the risk.

For those experiencing symptoms for the first time, the authors recommend stopping swimming and getting out of the water straight away, then sitting upright, and calling for medical assistance if required.

This is just one case, emphasise the authors, whose aim in reporting it is to raise awareness among doctors and swimmers of a relatively little known condition.

“The UK Diving Medical Committee has published guidance for divers. However, at present, there are no formal national medical guidelines concerning the recognition and management of this complex condition,” they note.