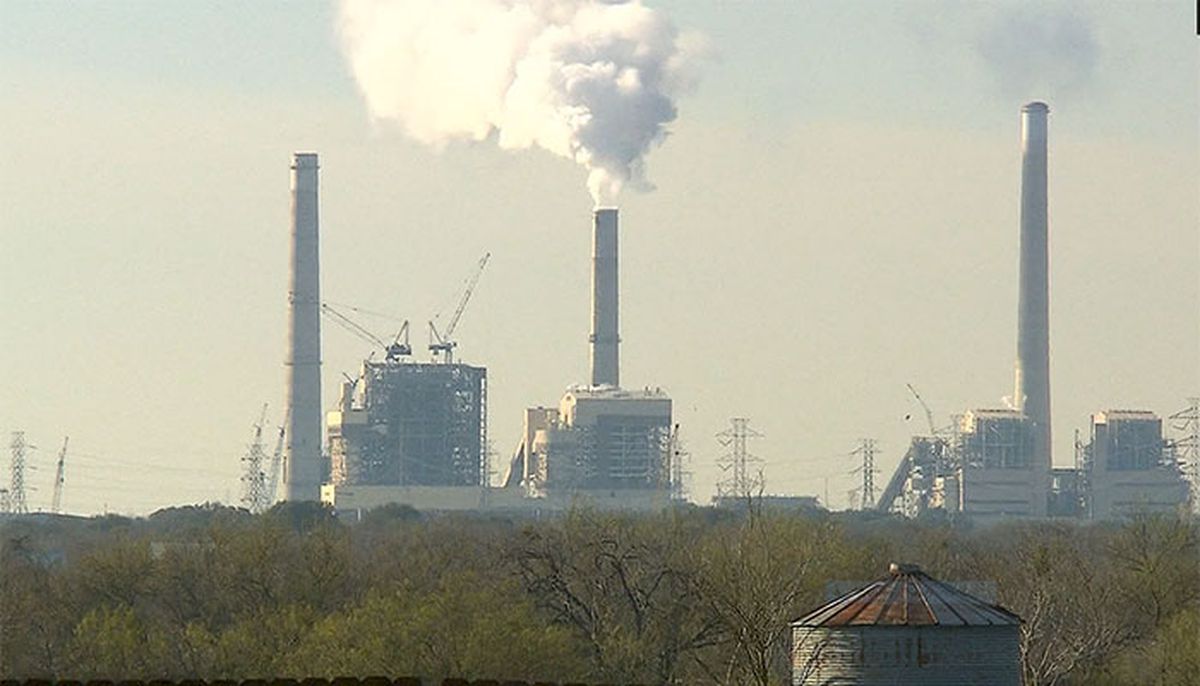 This year marks the 50th anniversary of the Clean Air Act, which is responsible for dramatic improvements in air quality. Despite this, a new report from the American Lung Association finds nearly half of the nation’s population – 150 million people – lived with and breathed polluted air, placing their health and lives at risk. The 21st annual “State of the Air” report finds that climate change continues to make air pollution worse, with many western communities again experiencing record-breaking spikes in particle pollution due to wildfires. Amid the COVID-19 pandemic, the impact of air pollution on lung health is of heightened concern.

The 2020 “State of the Air” report analyzed data from 2016, 2017 and 2018, the three years with the most recent quality-assured air pollution data. Notably, those three years were among the five hottest recorded in global history. When it comes to air quality, changing climate patterns fuel wildfires and their dangerous smoke, and lead to worsened particle and ozone pollution. This degraded air quality threatens everyone, especially children, older adults and people living with a lung disease.

“The report finds the air quality in some communities has improved, but the ‘State of the Air’ finds that far too many people are still breathing unhealthy air,” said American Lung Association President and CEO Harold Wimmer. “This year’s report shows that climate change continues to degrade air quality and increase the risk of air pollution harming health. To protect the advances in air quality we fought for 50 years ago through the Clean Air Act, we must again act today, implementing effective policies to protect our air quality and lung health against the threat of climate change.”

“Air pollution is linked to greater risk of lung infection,” Wimmer added. “Protecting everyone from COVID-19 and other lung infections is an urgent reminder of the importance of clean air.”

Each year, “State of the Air” reports on the two most widespread outdoor air pollutants, ozone pollution and particle pollution. Each is dangerous to public health and can be lethal. The 2020 “State of the Air” report found that more than 20.8 million people lived in counties that had unhealthy levels of air pollution in all categories from 2016 to 2018. Below are the report findings for each category graded.

Unhealthy particles in the air come from wildfires, wood-burning stoves, coal-fired power plants, diesel engines and other sources. Particle pollution can be deadly. Technically known as PM2.5, these microscopic particles lodge deep in the lungs and can even enter the bloodstream. Particle pollution can trigger asthma attacks, heart attacks and strokes and cause lung cancer. New research also links air pollution to the development of serious diseases, such as asthma and dementia.

The report has two grades for particle pollution: one for “short-term” particle pollution, or daily spikes, and one for the annual average, “year-round” level that represents the concentration of particles day-in and day-out in each location.

More cities experienced more days with spikes in particle pollution in this year’s report. In fact, nine western cities reached their most days ever reported. These deadly spikes were driven in large part by smoke from major wildfires in 2018, especially in California, and some locations also saw spikes from woodsmoke from heating homes. Of note, 24 of the 25 most polluted cities were located in the western region of the U.S. Nationwide, more than 53.3 million people experienced these unhealthy spikes in particle pollution.

Ozone pollution, often referred to as smog, is a powerful respiratory irritant whose effects have been likened to a sunburn of the lung. Inhaling ozone can cause shortness of breath, trigger coughing and asthma attacks and may shorten life. Warmer temperatures driven by climate change make ozone more likely to form and harder to clean up.

Significantly more people suffered unhealthy ozone pollution in the 2020 report than in the last three “State of the Air” reports. More than 137 million people lived in area county earning a failing grade for ozone pollution. This shows the changing climate’s impact on air quality, as ozone pollution worsened during the global record-breaking heat years tracked in the 2020 report. However, despite making the top ten list of most ozone-polluted cities, San Jose-San Francisco-Oakland, California experienced its best-ever air quality for ozone.

The “State of the Air” also recognizes the nation’s four cleanest cities. To make the list, a city must experience no high ozone or high particle pollution days and must rank among the 25 cities with the lowest year-round particle pollution levels.

“The science is clear: the nation needs stronger limits on ozone and particle pollution to safeguard health, especially for children and people with lung disease,” Wimmer said. “Every family has the right to breathe healthy air – and the right to know when air pollution levels are unhealthy. The Clean Air Act is a powerful protector of public health and Americans breathe healthier air today because of this landmark law. But climate change poses increasingly dire threats to air quality and lung health, and our leaders must take immediate, significant action to safeguard the air we all breathe.”

A New Biosensor for the COVID-19 Virus

Keep Children from Hospital During Crisis