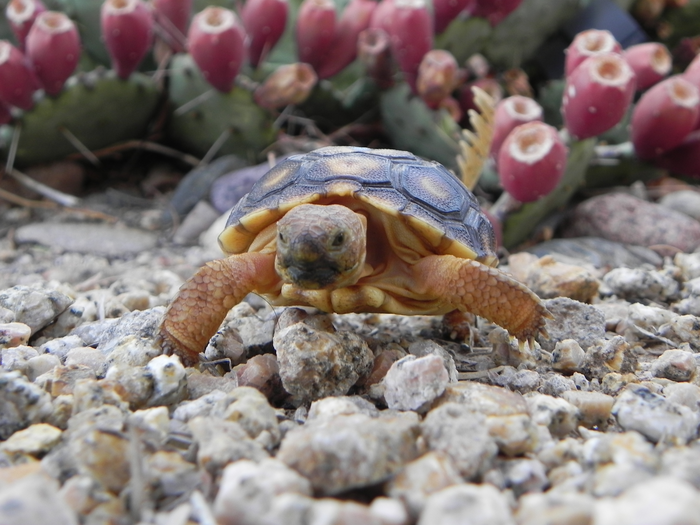 It may sound obvious that ectothermic organisms are severely affected by global warming. It is well known that their body temperature – and thus their biochemical processes – depends on the ambient temperature and on sunlight.

However, that the injury caused by heat doubles for each degree the ambient temperature exceeds their tolerance level was surprising – even for the researchers who completed the new study.

The researchers are five zoophysiologists from Aarhus University who have just published their results in the prestigious scientific journal Nature, where it is featured on the cover. Their study is on the cover of the journal. The researchers based their study on data from a number of previously published studies on ectothermic animals

There is a well-known correlation between the geographical spread of ectotherms and their ability to tolerate ambient temperature conditions. They can only live where temperatures allow them to grow and reproduce, and where the extreme winter and summer temperatures are not too cold or too hot for long periods of time.

The animals sustain injuries if temperatures exceed the threshold for what they can tolerate. These injuries accumulate over time and ultimately determine whether the species can survive under the prevailing temperature conditions.

“And the higher the temperature exceeds the tolerance level of the species, the quicker they will accumulate injuries,” explains one of the co-authors of the study, postdoc Lisa Bjerregaard Jørgensen.

The researchers have analysed the temperature sensitivity for heat stress of 112 ectothermic species. the analysis shows that the rate of heat injury accumulation more than doubles if temperature rises by only 1°C

And since this is an exponential increase, a temperature increase of 2°C will increase the rate of heat injury accumulation by more than four times, while for a 3°C increase the injury rate will be more than eight-times faster.

The researchers then compared their data for temperature sensitivity with models for the expected increase in maximum temperatures in connection with global warming. This data shows that the rate of heat injury for ectotherms at global level could increase by an average of 700 per cent, and in many environments on land by more than 2000 per cent.

For aquatic ectotherms, the corresponding figures are 180 per cent and 500 per cent.

A regional analysis suggests huge impacts, especially in the northern temperate zone which covers most of Europe and North America, and the ocean around the Arctic.

Even though the researchers do not know the underlying physiological and biochemical reactions that lead to heat stress and death, their study demonstrates that these processes are extremely sensitive to temperature across all groups of ectotherms. This could indicate that similar processes determine the degree of heat injury.

“Neither can we predict how many species and individuals risk succumbing to rising temperatures, because the threshold for heat stress differs significantly from one species to the next. Furthermore, many land-based ectothermic animals can regulate their temperature by finding shade, thereby reducing the risk of heat injury. This is not so easy for aquatic animals,” says Professor Johannes Overgaard, who is a co-author of the study.

“The point is that this very high sensitivity to heat injury means that we risk underestimating the impacts of future heatwaves. Our results indicate that future heatwaves will have major consequences – even if not all species will be impacted to the same degree.”

Ectotherms (from Greek, ecto=outer, therm=heat) are commonly known as cold-blooded animals, which is somewhat misleading. The animal’s blood is not cold, if it’s environment is warm.

Climate models predict that the maximum temperature will increase by almost 3°C towards 2100 on land and on average slightly more than 1°C in aquatic environments. Much larger changes may occur regionally.

Can a Woman’s Health During Pregnancy Reveal a Risk for Cardiovascular Disease and Depression Later in Life?