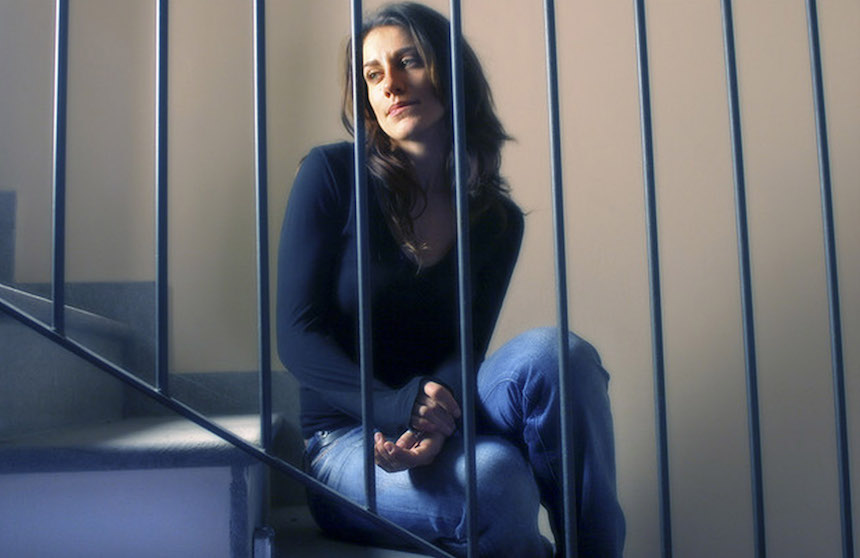 Men and women respond differently to diseases and treatments for biological, social and psychological reasons. In the Conversation’s series on Gender Medicine, experts explore these differences and the importance of approaching treatment and diagnosis through a gender lens.

Depression and anxiety are known to affect around one in five people, but depression occurs twice as often in women as in men. And when it comes to major depressive disorder – the formal diagnosis of the illness – a comprehensive review of almost all population studies conducted to date in Australia, the United States, Puerto Rico, Canada, France, Iceland, Taiwan, Korea, Germany and Hong Kong has reported more women than men experienced major depression in their lifetime.

Compared to men, women also have significantly higher rates of anxiety and post-traumatic stress disorder (PTSD). While around one in every 12 adults experiences PTSD at some time in their lives, women’s risk of developing PTSD following exposure to trauma is around two times that of men’s. The rate of anxiety disorders has been noted to be four times higher in women compared to men. Depression occurs twice as often in women as in men.
Chris Beckett/Flickr, CC BY

Men and women still have different levels of control over the determinants of mental health such as access to resources, status, roles, options and treatments. As such, gender is important in defining susceptibility and exposure to a number of mental health risks. Gender can also explain differences in mental health outcomes.

When it comes to psychiatric illnesses such as schizophrenia and bipolar disorder, the overall lifetime prevalence is the same for women as for men. However, gender differences do exist within these conditions, in the age of onset, types of symptoms and response to medications.

For instance, men often develop schizophrenia five to eight years earlier than women. Women with schizophrenia have more more hallucinations, and men have more problems with motivation. Men also have more difficulty with memory and concentration compared to women.

Once women develop a serious psychiatric illness like schizophrenia, they are much more likely to experience sexual and physical abuse, as well as related anxiety, depression and physical ill health. This in turn can exacerbate the underlying mental illness.

The ability to lead a normal life and socialise can affect the long-term adjustment to and outcomes from a severe mental disorder. Daily skills important for a good quality of life, such as shopping, budgeting, cooking and using public transport, vary between men and women globally. The ability to perform daily tasks, like using public transport, varies between men and women with mental illness.
Michelle Robinson/Flickr, CC BY

Men with mental illness commonly need more help with social skills than unwell women. However, some cultures encourage female independence while others do not. So, the social outcomes are not always clearly male and female differentiated.

Gender differences also occur in the course of bipolar disorder. Women are more likely to develop an unpredictable and unstable form of the illness with more related anxiety. They have a greater likelihood of being hospitalized during the manic phase of the disorder.

Mental health problems are increasingly being recognized in men of all ages, with the highest incidence of mental ill health and suicide reported in elderly men. The highest suicide rate for Australian males in 2015 (39.3 per 100,000 people) was in men aged 85-plus years, with 68 deaths reported overall in this age group. The suicide rate is highest among older men.
nelio filipe/Flickr, CC BY

Women are also more likely than men to use services for mental health problems. This may reflect greater female psychological knowledge and acceptance of mental illness. Mental illnesses in men are frequently masked by risky behaviors such as alcohol and drug abuse, anger and aggression, speeding on roads and drink driving.

Violence against women and hormones

Women with mental illness often struggle to have their needs recognized by standard psychological and psychiatric treatments. Two areas that clearly impact on women’s mental ill health are often not considered or managed well: violence against women, and the complex interplay between hormone shifts and mental state changes.

Rape, assaults, emotional abuse and deprivation are a spectrum of severely damaging and traumatic events that can have long-lasting adverse effects on women’s mental health. For unclear reasons, the issues of early life traumas in a woman’s life are often ignored or underplayed in the consideration of mental illness development in later life.

Hormone fluctuations also have a significant impact on mental health across the lifespan of many women. The female hormone oestrogen has several key roles in the brain and provides a protective effect against mental illness. At times of lower oestrogen levels, either pre-menstrual or around the menopause, some women experience significant and real depression, as well as anxiety.

The incidence of depression increases up to 16-fold in women in their mid 40s to early 50s – which is the time of the menopausal process and dropping oestrogen levels.

Disorders caused by hormones, including menopause-related depression but also premenstrual dysphoric disorder (depression in the week prior to menstruation) and postnatal depression, are poorly understood and managed. This disadvantages female sufferers.

Another condition where significant gender disparities exist is borderline personality disorder. This is one of the long-term consequences of violence against women and its understanding and management require a significant rethink. Borderline personality disorder is a female-dominant diagnosis.
from shutterstock.com

The hallmark symptoms of borderline personality disorder are deliberate self-harm such as cutting or burning, rage over apparently minor issues, mood swings, poor self-esteem, dissociation (feeling like you’re not in your own body), constant anxiety and difficulties with identity.

Over 80% of people (mainly women) diagnosed with this condition actually have early life traumas. These include incestuous sexual, physical abuse and emotional abuse or deprivation. Yet the condition is termed a “personality disorder”, which carries the connotation it is somehow the person’s fault and ignores the common causal agent of trauma in the majority of cases.

Biological, psychological and social factors all act together to cause mental illnesses, and these factors are different among men and women. We must acknowledge this and take a more gendered approach to treating men and women with mental ill health, which integrates a number of biological factors with particular behaviors and external events, to provide better outcomes.

TB’s Stronghold in India: a Tragedy There, and a Grave Concern for the Rest of the World

More Americans Have Epilepsy Than Ever Before