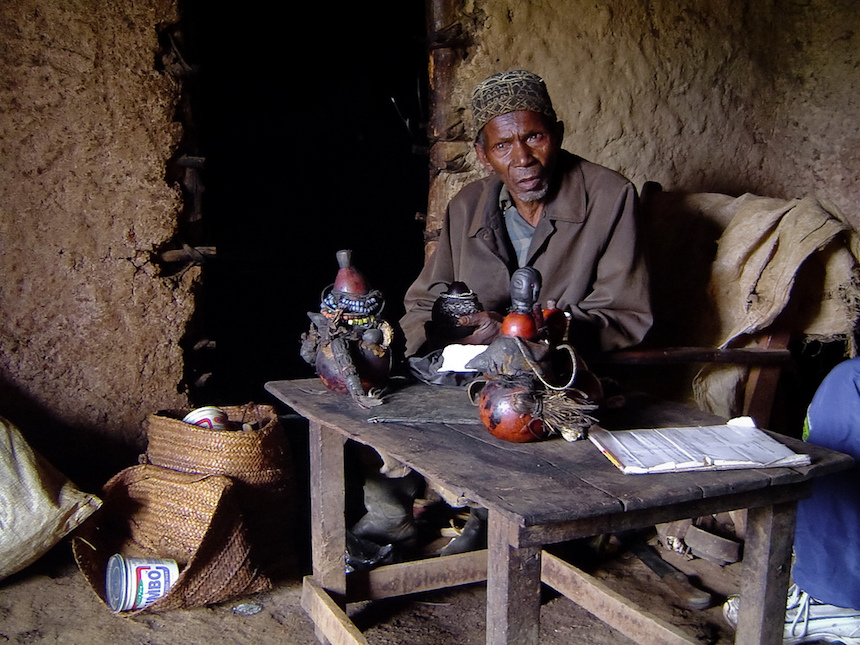 In many parts of the world, policymakers, health professionals and the public are wrestling with questions about culture and mental health services. Some have argued that African traditional medicine might be a more appropriate way to meet mental health needs in Africa. In some Asian countries like Pakistan, traditional healers are widely consulted for the treatment of depression.

One argument is that traditional medicine is more accessible and affordable than contemporary medicine. Patients find it easier to accept and this can be seen as an easy way out for governments in low and middle income countries that can’t provide other types of care.

But many Western medical professionals, even those in countries with a strong history of traditional medicine, have strong reservations . They don’t believe that such treatment has benefits.

Our study explored why some people in Zimbabwe use traditional medicine for the treatment of mental disorders.

The mental health facilities are limited to Harare Central Hospital and Annex Psychiatric Unit at Parirenyatwa Hospital in the capital and Ngomahuru in Bulawayo, the second largest city. Both are government run facilities operating with skeletal staff of about four psychiatrists.

The research showed that traditional medicine was more favoured because it addressed cultural and spiritual issues, and because it focused on the comprehensive person of the mind, body and spirit which biomedicine could not provide. Biomedicine explains health in terms of biology and it’s often referred to as modern, western or scientific medicine.

The findings suggest that supernatural and psycho-social factors play a major role in people seeking help for mental health problems. Rehabilitation for mental health patients should focus on these factors in addition to what is generally treated in biomedicine.

This suggests that the use of traditional medicine should be recognised as an important resource in African settings. This has happened in other settings such as Nigeria, South Africa and Sudan and the results are encouraging.

It should be supported by government and made complementary to contemporary medicine in the treatment of mental disorders.

We interviewed 18 community members, 30 former patients and 30 traditional healers who were registered with the Zimbabwe National Traditional Healing Association. About 76% of the people we interviewed said mental health illnesses were caused by cultural and spiritual issues, failure to observe one’s culture, or aggrieved spirits. This encouraged their preference for traditional healers.

About 80% expressed the belief that ancestral spirits caused unhappiness, confusion and depression. This could lead in some cases to patients becoming unconscious.

One of the community members described a friend’s illness:

The healing spirit (mudzimu) first makes the host ill to alert relatives. My friend doesn’t want to talk with anyone and looks sad all the time with tears all over the place.

The respondents said they preferred traditional medicine over contemporary medicine because traditional healers understood the culture, witchcraft and other underlying supernatural causes.

A community member person believed the unclear diagnosis was caused by an evil spirit:

When we went to see the doctors, we were told the diagnosis was not clear, because the person was molested by evil spirits.

The community members also believed that the traditional healers provided care to the body, spirit and mind.

A patient described this connection:

Some traditional healers start by chanting (kudeketera) to your ancestral spirits (midzimu) for their support in the treatment before they start healing. This is different from the hospitals, where ancestors are not recognized.

Both traditional medicine and biomedicine are used to treat mental illness in Zimbabwe. Biomedicine is evidence based, but lacks cultural sensitivity, which discourages people from choosing that treatment.

In addition, there are only a few specialists who are unaffordable for most people. As a result traditional medicine attracts more patients. But because traditional medicine isn’t evidence based it’s not supported by the government and the scientific community. There are some legal/human rights issues that should be addressed.

Little research has been done on traditional medicine in Zimbabwe. Some work has been done in Nigeria, South Africa and Zambia . The results showed that traditional medicine is beneficial since it relieves pain generally and for mental health in particular, Findings from a study in Zimbabwe also showed that biomedicine practitioners are perceived to be mistrustful and hostile.

Efforts should be made by the relevant government authorities to incorporate cultural knowledge into mental health treatment by, for example, adopting traditional medicine in a multidisciplinary approach to mental health treatment. This would strengthen doctor patient relationships, which is likely to increase the use of health services. This collaborative approach has worked in Zambia in the management of HIV/AIDS.

The model will need to be tested to address the challenges facing mental health delivery service in Zimbabwe. The efficacy of traditional methods in treating mental health.

But before any major policy shift, more research is needed to establish the efficacy of traditional medicine methods since we don’t really know yet how it works.

There is a need for a more inclusive approach that involves anthropologists, public health practitioners, psychiatrists and other mental health experts to advise on the most beneficial way to reap the benefits from both worlds of traditional and contemporary medicine.