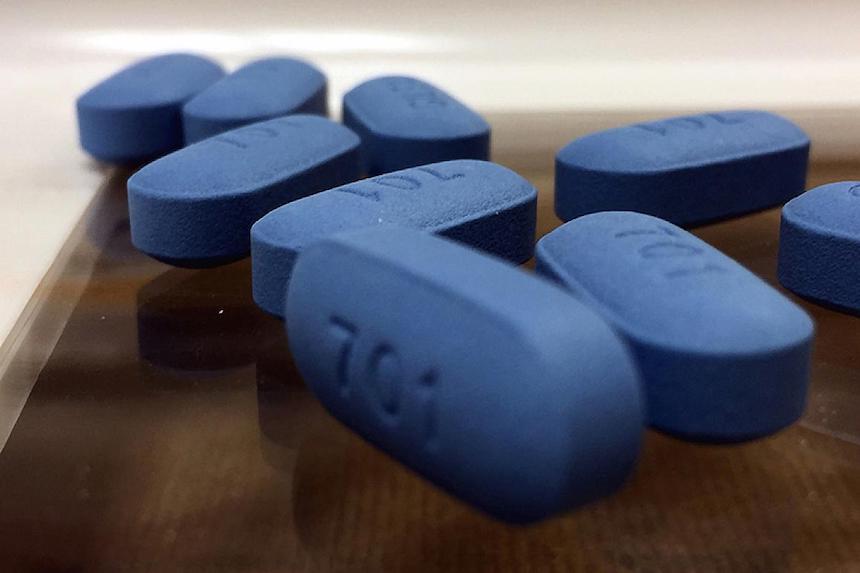 A National Institutes of Health network study has confirmed that a combination of two drugs taken daily to reduce the chances of HIV infection among high-risk adults also works well and appears safe in males ages 15 to 17 years.

Truvada, a single pill containing the drugs tenofovir and emtricitabine (TDF/FTC), is currently approved for daily use in adults. The drug is the cornerstone of pre-exposure prophylaxis (PrEP), a strategy in which healthy people at risk for HIV infection take one or more anti-HIV drugs to reduce this risk.

“Several studies have shown that daily oral PrEP is effective in preventing HIV among people at high risk of becoming infected, but none of them included adolescents under age 18,” said study author Bill Kapogiannis, M.D., of NICHD’s Maternal and Pediatric Infectious Diseases Branch. “Our study suggests that this therapy can safely reduce HIV risk for those under 18.”

The study was conducted by researchers in the NICHD-funded Adolescent Medicine Trials Network for HIV/AIDS Interventions. When the study began, participants ranging in age from 15 to 17 years old were not infected with HIV, and were considered at-risk for HIV because of factors such as having unprotected sex with a male partner who had HIV or whose HIV status was unknown, having at least three male partners, or having a sexually transmitted infection other than HIV. Youth with poor kidney function and a history of bone fractures were excluded from the study because the drug combination may sometimes stress the kidneys and cause bone loss.

Study participants received periodic tests for HIV and other sexually transmitted diseases, counseling, and other interventions to help them avoid risky behaviors. The 72 youth who took part in the study also received daily oral TDF/FTC for 48 weeks.

As the study progressed, many participants skipped doses of their medication. Levels of the drug sufficient to prevent HIV infection were found in 54 percent of participants by week four, 49 percent by week 12, 28 percent by week 24, and 22 percent by week 48. The principal reason participants gave for skipping the medications was worry that “others will see me taking pills and think I am HIV-positive.” Other reasons for missing doses included being away from home (32 percent), being too busy (28 percent), forgetting (26 percent), and experiencing changes in routine (19 percent).

In general, study participants tolerated the drug well, and there were no reports of effects on the kidneys or bones. Three participants were diagnosed with HIV during the study: one at weeks 32, 36, and 48. All three had no detectable blood levels of TDF/FTC at the visit before their HIV infection was first diagnosed, indicating that they likely were missing doses or not taking the medicine at all.

The authors concluded that the lack of significant adverse health events during the study indicates that the drug is safe for males under age 18. Similarly, the lack of HIV infection among participants who had sufficiently high blood levels of medication is consistent with studies in adults and suggests that the drug can be effective in this population when taken appropriately. The researchers added that the tendency of youth to skip medications demonstrates the need for more contact with clinical staff during therapy, and for the development of strategies to ensure that at-risk youth take the drug as prescribed.

NIH also is funding studies of PrEP therapy for girls and young women. In an upcoming NIH-funded study in several African countries, adolescent females ages 16-21 will use a vaginal ring for six months, oral PrEP for six months, then choose which method they want to use for the final six months of the study.