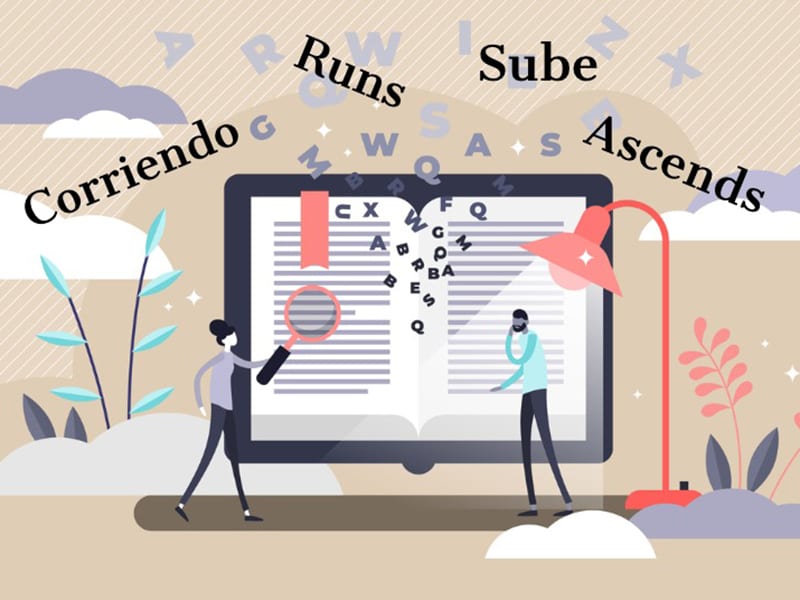 We all run from a burning building the same way–fast!–but how we describe it depends on the language we speak. In some languages, we might flee, race, or bolt, while in others we might just exit or leave the building quickly..

Different languages describe motion differently, according to distinct lexical rules. And though we may not consciously notice those rules, we follow them–and Georgia State researchers have found they affect how our brains perceive and process descriptions of physical movement.

Our brain has to work a little harder when we’re reading about physical movement in a way that is not typical in our native language, according to a new study by Şeyda Özçalışkan, an associate professor in the Department of Psychology at Georgia State University, former faculty member Christopher M. Conway, and Samantha Emerson, a former Georgia State University graduate student. Their study, “Semantic P600–but not N400–effects index crosslinguistic variability in speakers’ expectancies for expression of motion” was published recently in the journal Neuropsychologia.

“Physical movement always has the same key components, no matter where you live in the world, no matter what language you speak,” explains Özçalışkan. “But languages talk about it differently.”

Languages such as English, Polish, German and Dutch include the manner in which we move in the actual verb (we bolt, race, dawdle, sashay). But other languages, such as Spanish, Turkish, Japanese or Korean, add the manner at the end as a modifier (we enter rapidly, we ascend slowly).

The way we habitually express motion becomes internalized, says Özçalışkan, and likely affects how we perceive our world, particularly when speaking. And when we’re faced with another language’s unfamiliar description, our brain has to work harder momentarily. This can actually be measured with an electroencephalogram (EEG), a test used to evaluate the electrical activity in the brain. In their new study, the researchers tested motion descriptions in English and Spanish and found a surprising pattern.

“We found a very interesting pattern which in scientific language is called the P600 effect,” said Emerson, who now works at the Center for Childhood Deafness, Language, & Learning at Boys Town National Research Hospital in Omaha. “It is usually found in response to grammatical errors. We think that when you read a sentence structured in a way that is unfamiliar, you have to stop and go back and analyze it just as you would with a grammatical error.”

This is the first study that has examined actual neural activity in the brain in response to cross-linguistic differences related to motion. “And this study follows a long line of research on motion events at our lab at Georgia State University,” said Özçalışkan.

Previous studies in Özçalışkan’s laboratory have looked at how individuals use their hands when speaking, which also differs strongly across languages. In future studies, the researchers want to test a variety of the world’s languages, to see if the P600 pattern remains when describing physical movement. They also want to test Spanish and English bilingual speakers to see if there is still a P600 effect when one is fluent in both languages.

In the end, this kind of research can give us insights into how our brains interpret the world around us, influenced by language in ways we never would have expected or perhaps even noticed.

Hydrogen Peroxide Keeps Gut Bacteria Away from the Colon Lining