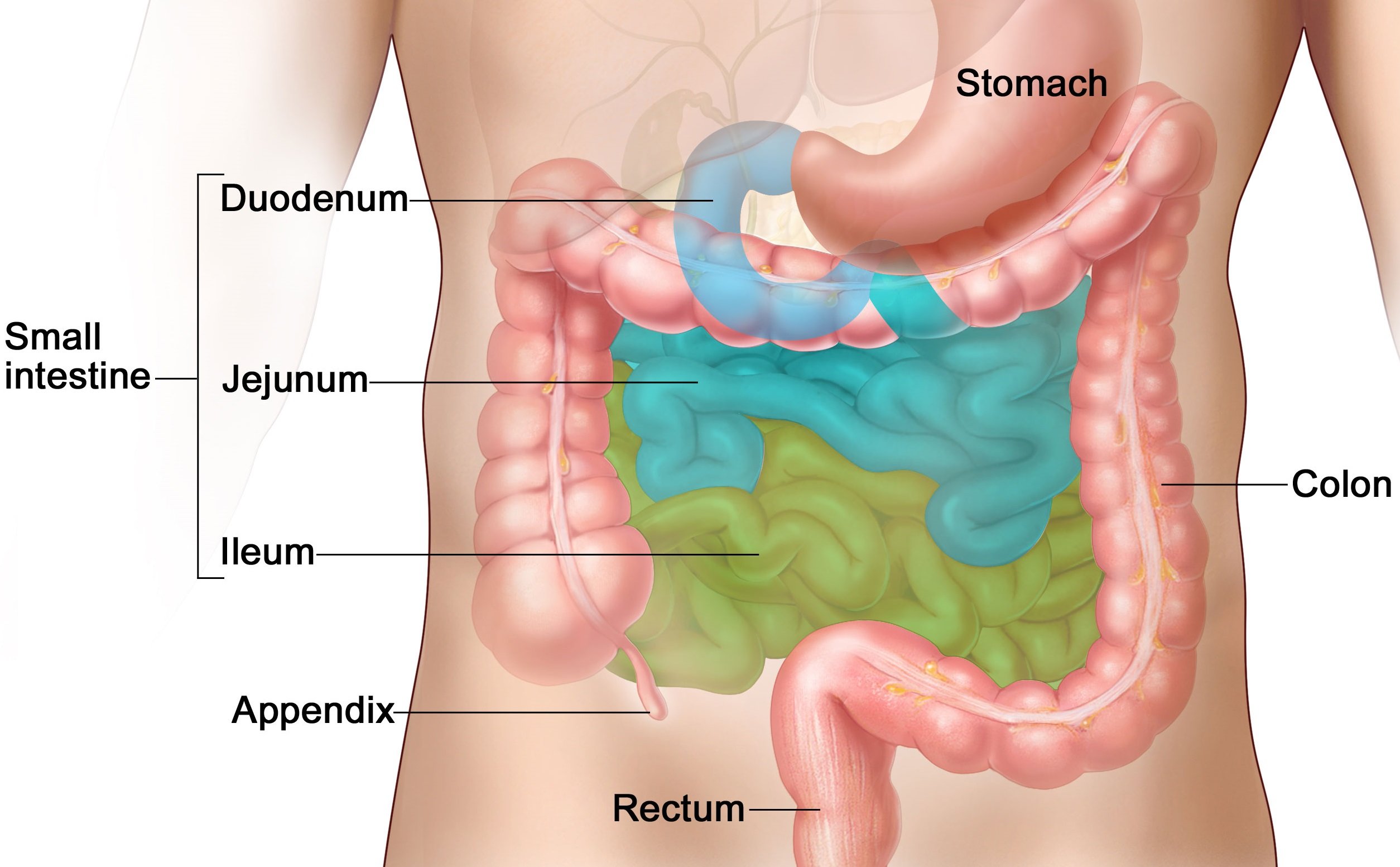 Scientists at UC Davis Health have discovered that an enzyme in the colon lining releases hydrogen peroxide (H2O2) – a known disinfecting compound- to protect the body from gut microbes. Their study, published December 9 in the journal Cell Host and Microbe, sheds light on the way microorganisms are spatially organized in the colon. It also calls for a new approach to treating gut inflammation.

Most microbes reside in the large intestine, a naturally low-oxygen environment. They form a community called the gut microbiota.

“More than half of the human body consists of microbes that do not tolerate oxygen very well,” said Andreas Bäumler, professor of medical microbiology and immunology and lead author on the study.

The gut microbiota is kept away from the colon’s surface. This separation is essential to avoid inflammation caused by unnecessary immune responses to gut microbes. Scientists believed the spatial separation is maintained by oxygen released by cells to prevent microbes from coming too close to the intestinal lining. This study upends that theory.

“We looked at the spatial relationships between the bacteria in the gut and its host, the colon,” Bäumler said. “We found that cells in the colon’s lining release hydrogen peroxide- not oxygen- to limit microbial growth.”

NOX1, an enzyme found in the intestinal lining, provides a significant source of H2O2 in the colon. The naturally generated H2O2 serves as a filter regulating the location of the microbiota in the colon. Pathogens that utilize hydrogen peroxide can only do so when they are directly attached to the intestinal lining. This finding suggests that the body uses the disinfectant to protect the mucosal surface. Meanwhile, the microbial communities at a distance from the colon surface remain unharmed.

When the body experiences an imbalance in the gut microbial community, it suffers from dysbiosis, a gastrointestinal condition. Dysbiosis may cause inflammation and symptoms such as nausea, upset stomach and bloating. Traditional treatments of dysbiosis rely mainly on the use of antibiotics or probiotics to target the bacteria.

Findings from the new study indicate the need for a different approach to treating gut inflammation and dysbiosis. They pointed to the opportunity of restoring host functions instead of eliminating microbes.

“We need to shift the focus of gut inflammation treatments from targeting bacteria to fixing habitat filters of the host and restoring their functionality,” Bäumler said.