As the U.S. confronts a bitter election season, political unrest and violence, a shaky economy, and a soaring death toll due to COVID-19, 84% of U.S. adults say the country has serious societal issues that we need to address, according to a new poll.

At the same time, 9 in 10 adults say they hope that the country moves toward unity, according to Stress in America: January 2021 Stress Snapshot, conducted by The Harris Poll on behalf of the American Psychological Association (APA).

The survey found that the average reported stress level during the prior month was 5.6, (on a scale from 1 to 10 where 1 means “little to no stress” and 10 means “a great deal of stress”). This is higher than stress levels reported in 2020 Stress in AmericaTM surveys since April. It is therefore no surprise that 84% of adults reported feeling at least one emotion associated with prolonged stress in the prior two weeks. The most common were feelings of anxiety (47%), sadness (44%) and anger (39%). Additionally, 2 in 3 adults (67%) said the number of issues America is facing is overwhelming to them. 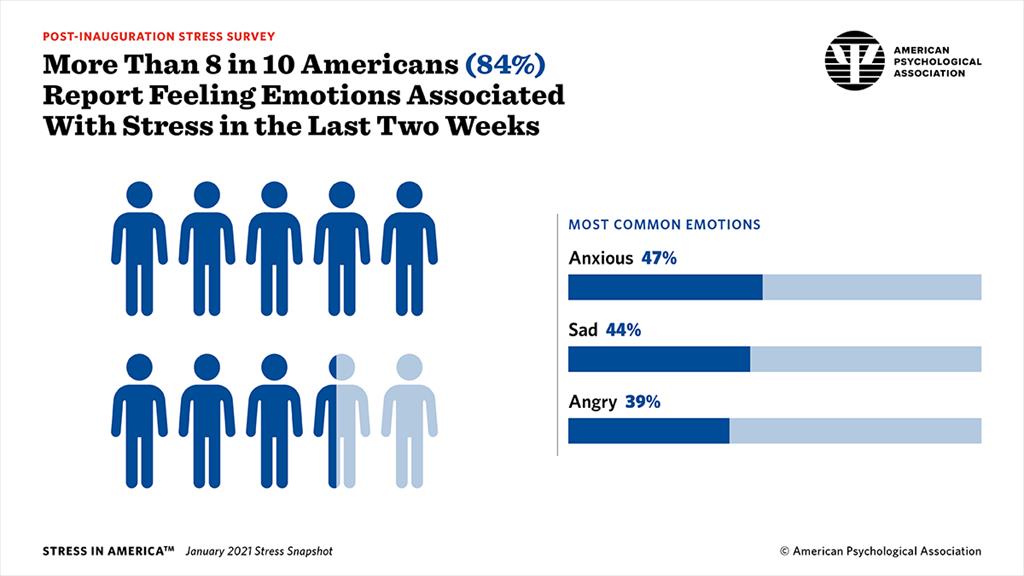 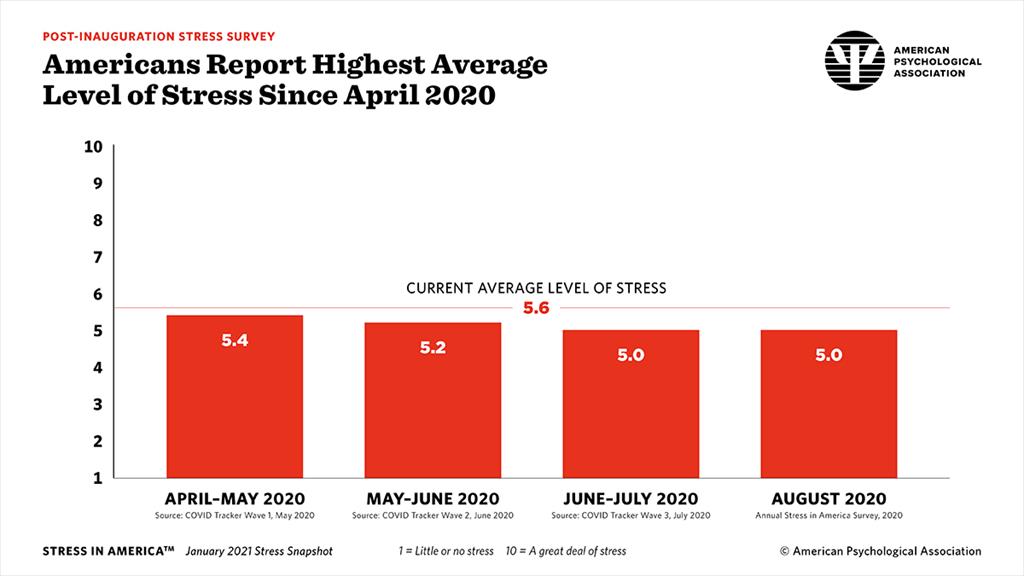 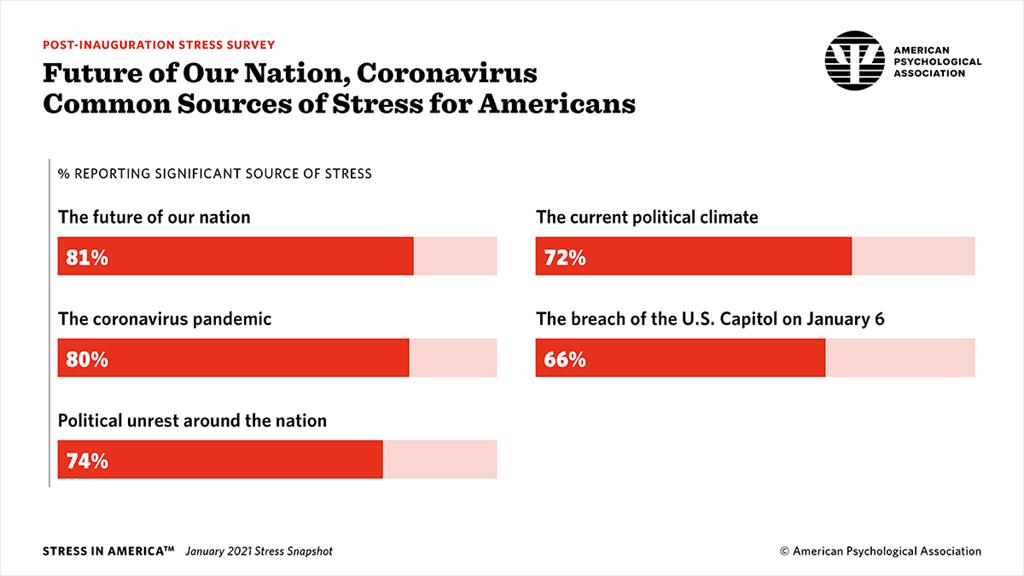 “Nearly a year into the pandemic, prolonged stress persists at elevated levels for many Americans. As we work to address stressors as a nation, from unemployment to education, we can’t ignore the mental health consequences of this global shared experience,” said Arthur C. Evans Jr., PhD, APA’s chief executive officer. “Without addressing stress as part of a national recovery plan, we will be dealing with the mental health fallout from this pandemic for years to come.”

The majority of adults reported the future of the U.S. (81%), the coronavirus pandemic (80%) and political unrest around the country (74%) as significant sources of stress in their lives. And despite more than three weeks having passed since the breach of the U.S. Capitol on Jan. 6, 66% of adults said this event was a significant source of stress. The events on Jan. 6 also impacted adults disproportionately: Almost three-quarters of Black adults (74%) said that the Capitol breach was a significant source of stress, compared with 65% of white adults and 60% of Hispanic adults.

Regardless of political affiliation, the majority of Americans reported emotions associated with stress (85% of Democrats, 83% of Republicans and 83% of independents). They also shared similar concerns about the country: When looking at the future of our nation, slightly more than 8 in 10 Democrats (82%), Republicans (82%) and independents (81%) said it was a significant source of stress.

In Survey of Those with Uncontrolled Asthma, Half Smoked Cannabis