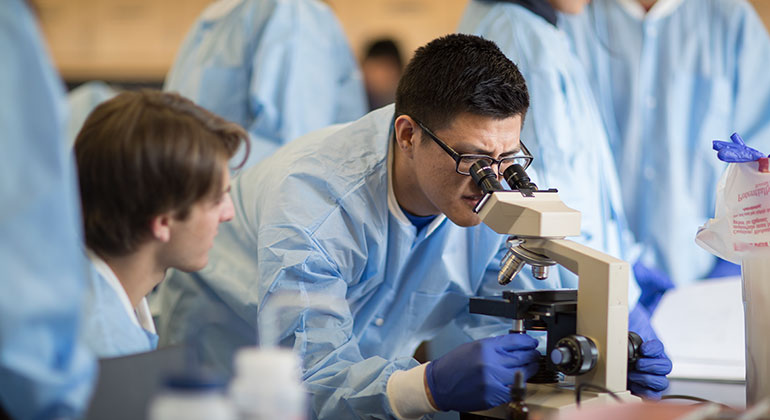 An emotion regulation strategy known as cognitive reappraisal helped reduce the typically heightened and habitual attention to drug-related cues and contexts in cocaine-addicted individuals, a study by Mount Sinai researchers has found. In a paper published in PNAS, the team suggested that this form of habit disruption, mediated by the prefrontal cortex (PFC) of the brain, could play an important role in reducing the compulsive drug-seeking behavior and relapse that are the hallmarks, and long-standing challenges, of addiction.

“Relapse in addiction is often precipitated by heightened attention-bias to drug-related cues, which could consist of sights, smells, conversations, anything that reminds someone of their previous drug use,” said lead author Muhammad A. Parvaz, PhD, Assistant Professor of Psychiatry and Neuroscience, at the Icahn School of Medicine at Mount Sinai, who studies brain-based and behavioral markers that can inform and track addiction treatment and its outcomes. “Our study is the first to suggest that increasing self-regulation of arousal to drug-related cues through cognitive reappraisal could disrupt the brain’s automatic attention-bias to these cues, potentially leading to a reduction in compulsive drug-seeking behavior, even outside the lab, in individuals with substance use disorders.”

Cocaine is a powerful central nervous system stimulant whose misuse poses serious health risks and side effects. Cocaine addiction is recognized as a treatment-resistant disorder that has reached epidemic proportions nationally and globally. In the United States alone, hundreds of thousands of people are treated in emergency rooms each year following severe (mostly cardiovascular) symptoms associated with use of cocaine. Chronic use of substances of abuse, including cocaine, biases the attentional systems of the brain towards enhanced attention to drug-related cues in the environment (also known as attention-bias), which is considered a risk factor for relapse.

In this study the Mount Sinai researchers postulated that using cognitive reappraisal could disrupt the habitual enhanced attention allocation to drug-related cues in individuals with cocaine use disorder. Cognitive reappraisal is an emotion regulation technique, in which individuals are trained to self-regulate (thereby engaging the prefrontal cortex) the emotional response to a confronted cue or context by reinterpreting its meaning. For example, lines of cocaine in a given picture can be reinterpreted as a movie prop with sugar powder cut in lines to only appear as cocaine. While cognitive appraisal has been employed by prior studies to reduce participants’ reactivity to drug cues, Mount Sinai’s research is the first to use this emotion regulation technique in individuals with cocaine addiction for its impact on spontaneous (uninstructed and habitual) attention-bias to cocaine-related cues.

“Modification of attention-bias has been a fundamental, albeit elusive, target for relapse reduction over the years,” said Dr. Parvaz, who also is Director of the Motivational and Affective Psychopathologies Laboratory at Mount Sinai. “We found that cognitive reappraisal, a function of prefrontal control, decreased spontaneous attention-bias to drug-related cues in people with cocaine addiction. Put another way, increased PFC-mediated cognitive control (of the appraisal process) resulted in enhanced self-regulation of automatic (hard to control) attentional processes in humans with drug addiction.”

“Through our work and based on the prefrontal cortical mediated benefits of cognitive reappraisal, we have provided a promising framework for self-regulation of automatic bottom-up and very hard to resist drug cue-reactivity, as potentially generalizable to reduced drug use outside the lab and applicable to addiction to drugs other than cocaine,” said Rita Z. Goldstein, PhD, Professor of Psychiatry and Neuroscience, and Chief of the Neuropsychoimaging of Addiction and Related Conditions research program, at Mount Sinai, and senior author of the paper. “With further research, we think these results could contribute to the development of a readily deployable cognitive behavioral and personalized intervention strategy, to be used by those who battle drug addiction. Contributing to the development of empirically-validated neuroscience-based interventions for drug addiction has been an important goal in our lab”

Blood Test Detects Childhood Tumors Based on Their Epigenetic Profiles