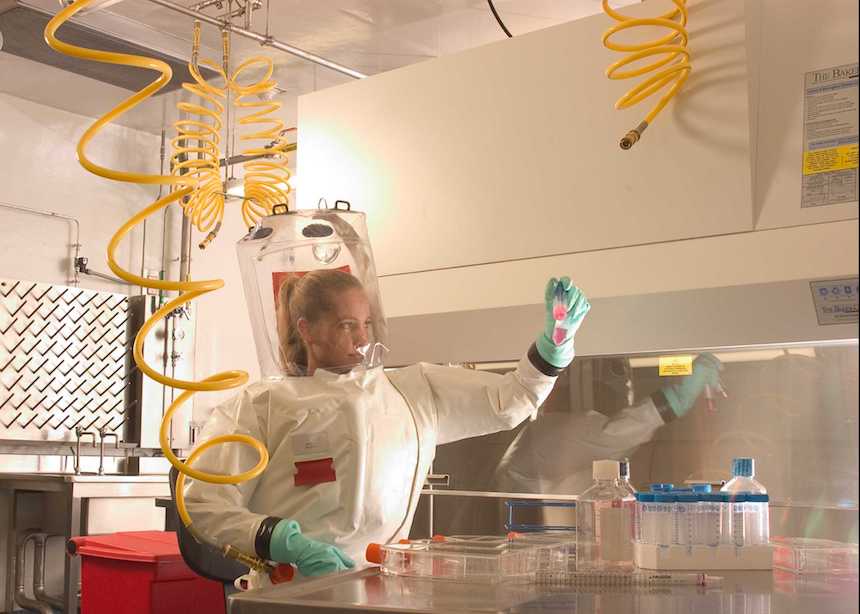 A new report from the U.S. Government Accountability Office (GAO), says that the Federal Select Agent Program—which is responsible for overseeing the management of hazardous pathogens at research laboratories—does not meet all key elements of effective oversight.

The program—jointly managed by the CDC and the USDA’s Animal and Plant Health Inspection Service (APHIS)—regulates how academic, government, and industry laboratories use, store, and transfer sixty select agents and toxins that are potentially harmful to the public, animal or plant health, or to animal or plant products— including anthrax and bubonic plague. In recent years the program has faced scrutiny from Congress and GAO after a series of safety incidents involving select agents and toxins at laboratories run by the federal government.

In 2014, as many as seventy five CDC employees were exposed to live samples of anthrax bacteria. The exposure took place after researchers failed to follow adequate procedures before transferring the samples between labs. The same year, forgotten vials of smallpox virus were discovered on the campus of the National Institutes of Health. In response to these and other mishaps, the White House announced measures to improve biosafety procedures, including increased training for lab workers. Congress also asked GAO to evaluate the federal program’s procedures for managing dangerous pathogens.

The report finds enduring problems with the program’s organization and priorities. It notes that the program is not sufficiently independent from the government laboratories it oversees—some of which are based at the CDC and USDA. Both agencies have made organizational changes to distance the program’s activities from sister offices, and have agreed to conduct inspections of each other’s labs to avoid conflicts of interest. However, the report says that APHIS has conducted at least three inspections of labs owned or operated by the USDA—its parent agency.

It also says that lab inspections do not focus on the highest-risk activities. Experts consulted by GAO said that the program spent too much time on security measures, such as reviewing theft prevention efforts and laboratory inventory methods, and not enough time verifying that the laboratory’s procedures protect researchers and the public from accidental infections and other problems. The report also notes that the program’s inspectors are often overworked and sometimes lack necessary technical expertise despite recent efforts to improve their training and hire more staff.

The report recommends that APHIS and CDC make a “plan to identify which laboratory activities carry the highest biological safety and security risks” and target those activities in future inspections.

Mary Denigan-Macauley, GAO’s acting director for healthcare, will discuss the findings at the hearing of the of the U.S. House of Representatives Energy and Commerce Committee’s oversight and investigations subcommittee on Thursday, alongside CDC and APHIS representatives. (Watch)

Study Shows How Memories Ripple Through the Brain