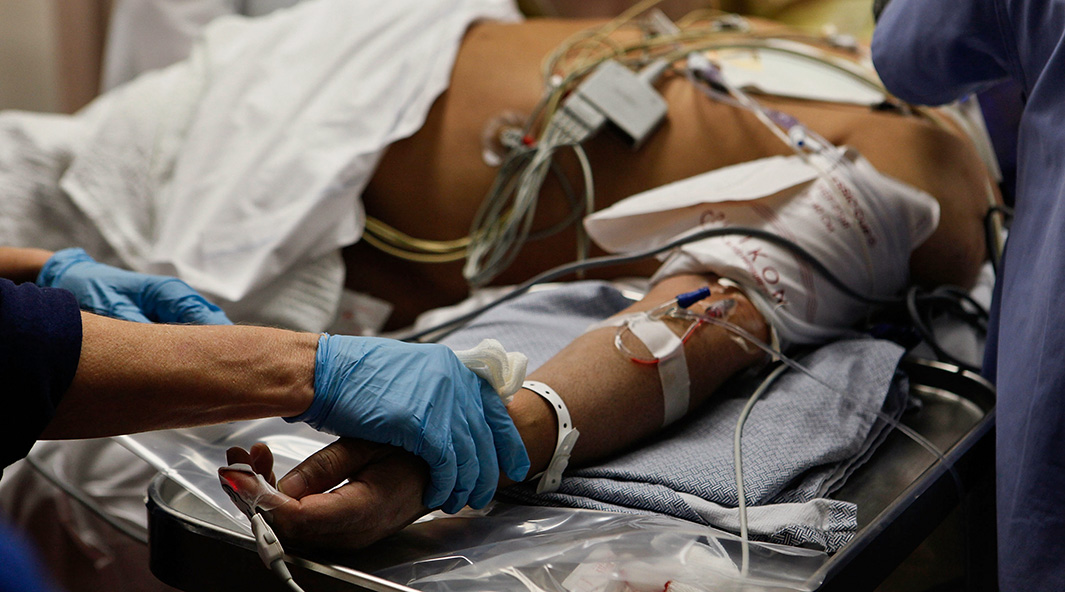 A first look at the Affordable Care Act (ACA)’s Medicaid expansion finds that despite expectations, there was no increased use of complex surgical procedures at high volume hospitals–a proxy for high quality hospitals–among ethnic/racial minorities and low-income populations.

The study, published in Journal of the American College of Surgeons, suggests that, in its infancy, Medicaid expansion under the ACA does not appear to reduce disparities in use of regionalized surgical care among vulnerable persons, says the study’s senior investigator, Waddah B. Al-Refaie, MD, FACS, Georgetown Lombardi Comprehensive Cancer Center Surgeon-In-Chief, and Regional Chief of Surgical Oncology at MedStar Georgetown University Hospital.

“We are surprised at the results, because we already know, from other studies, that the ACA’s Medicaid expansion has increased access to surgical care overall,” says Al-Refaie, who also leads the MedStar-Georgetown Surgical Outcomes Research Center. “But we found that the expansion did not improve access to complex surgery that are typically centralized to high volume hospitals. Medicaid expansion under the ACA showed a flat effect,” he says. “These early results may be highlighting what could be a continuing potential limitation of the program to persons with complex surgical problems.”

The ACA was signed into law in March 2010, and insurance exchanges utilizing the expansion of Medicaid took effect January 1, 2014. This study examined patient treatment from 2012 (pre-ACA expansion) through the end of 2014.

“Current evidence suggests that vulnerable populations, such as racial and ethnic minorities and low-income individuals are less likely to benefit from ongoing trends to regionalize complex surgical care to high volume hospitals. We sought to examine how the Medicaid expansion impacted this disparity,” says the study’s first author, James McDermott, who conducted the research while working with the MedStar-Georgetown Surgical Outcomes Research Center.

The researchers found that while more patients, overall, had access to these surgeries in the expansion states than before ACA was enacted, the proportions of low-income individuals and racial/ethnic minorities receiving their complex surgery at high volume hospitals did not increase.

“Typically, the biggest driver to access to care is the availability of insurance, and Medicaid insurance expansion didn’t seem to increase utilization of complex surgical care at high volume hospitals for these vulnerable populations” he says.

Al-Refaie and his collaborators have suggested that a number of issues may be at play, including patient, referring physician and hospital factors. For example, patients may prefer to have their surgery at low-volume hospitals (closer to where they live) or are unable to travel to high volume hospitals; physician referral patterns may not have changed in this short timeframe; and/or some hospitals may limit the number of Medicaid patients they treat given their high number of privately insured patients.

“These results reinforce the complex and multifaceted nature of surgical disparities and suggest that factors beyond the availability of insurance coverage are contributing to disparities in utilization of regionalized surgical care at high volume hospitals,” says McDermott. “We hope that these findings will spur further investigation and action to address surgical disparities.”

“We know that the ACA has led to a large reduction in the rate of uninsured patients, but concerns remain as to whether increased coverage has translated into improved access to quality care hospitals” Al-Refaie says. “We need to continue to evaluate and track how the ACA is providing access to quality care hospitals for complex surgery on both a national level and within states.”