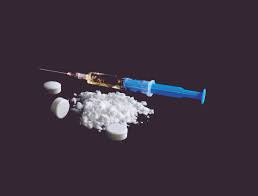 One regulatory tool that has yet to be deployed to curb the ongoing opioid epidemic is the power of the federal minister of health to recall high-strength opioid formulations from the market. These opioid formulations can harm patients with chronic pain in multiple ways and the minister could recall them, argues a commentary in CMAJ (Canadian Medical Association Journal).

“In 2016, the federal minister of health stated that ‘all tools are on the table’ to address the opioid crisis,” write Matthew Herder, Dalhousie University, Halifax, Nova Scotia, and Dr. David Juurlink, University of Toronto, Toronto, Ontario. “There is little sign that the crisis is abating in Canada.”

And while most deaths occur in people with addiction, the harms that befall patients with chronic pain by virtue of overprescribing of opioids are often lost in this larger discussion.

“Ministerial recall of the most hazardous opioid formulations is a powerful regulatory tool that should be deployed to address one aspect of the crisis: the excessive prescribing of opioids for chronic pain.”

Ministerial recall is allowed in Canada’s legal system under the Protecting Canadians from Unsafe Drugs Act, known as Vanessa’s Law. This new power, which was enacted by Parliament in 2014, has yet to be used; however, Herder and Juurlink argue that the harms associated with high-strength opioids warrant invoking this new recall power.

High-dose opioid formulations are widely prescribed in Canada for chronic pain, with more than 30 million dispensed annually despite a new guideline recommending against the practice.

“Put simply, high-dose opioids constitute a self-perpetuating therapy, with patients left vulnerable by the need for ongoing treatment to avoid withdrawal, itself a pernicious drug-related harm,” write the authors.

“[C]oupling new prescribing guidelines that help regulate the profession with a federal recall of high-strength formulations would go a long way to alter dangerous prescribing practices that have helped to fuel this crisis.”

Epileptics in High-Crime Neighborhoods Have Three Times as Many Seizures