U.S. doctors who receive direct payments from opioid manufacturers tend to prescribe more opioids than doctors who receive no such payments, according to new research published by Addiction. The report found that the association between payments and prescribing is strongest for hydrocodone and oxycodone, the most frequently prescribed opioids among Medicare patients (Americans of 65+ years and some younger people with disabilities). *The Medicare population is estimated to have the highest and fastest growing prevalence of opioid use disorder in the United States.

Pharmaceutical companies can’t pay doctors to prescribe their drugs; that sort of incentive is illegal. But they can pay doctors to talk about their drugs in speaking engagements, and pay for consulting work and conference attendance. They can also send ‘detailers’ (salespeople) to doctors’ offices to promote their drugs, possibly paying for a meal or leaving drug samples behind. These types of incentives may make physicians consciously or unconsciously more inclined to prescribe a particular brand of drug, or prescribe it in greater quantities.

The data on direct payments to physicians came from the Open Payments website, which publishes data reported under the Physician Payments Sunshine Act (PPSA), the U.S. healthcare law that requires medical product manufacturers to disclose payments and other transfers of value to physicians. The data on opioid prescriptions came from the Medicare Part D Prescriber Public Use File, which holds data on prescriptions provided to and filled by Medicare beneficiaries. Both datasets are available on data.cms.gov, a website maintained by the Centres for Medicare and Medicaid Services (CMS). 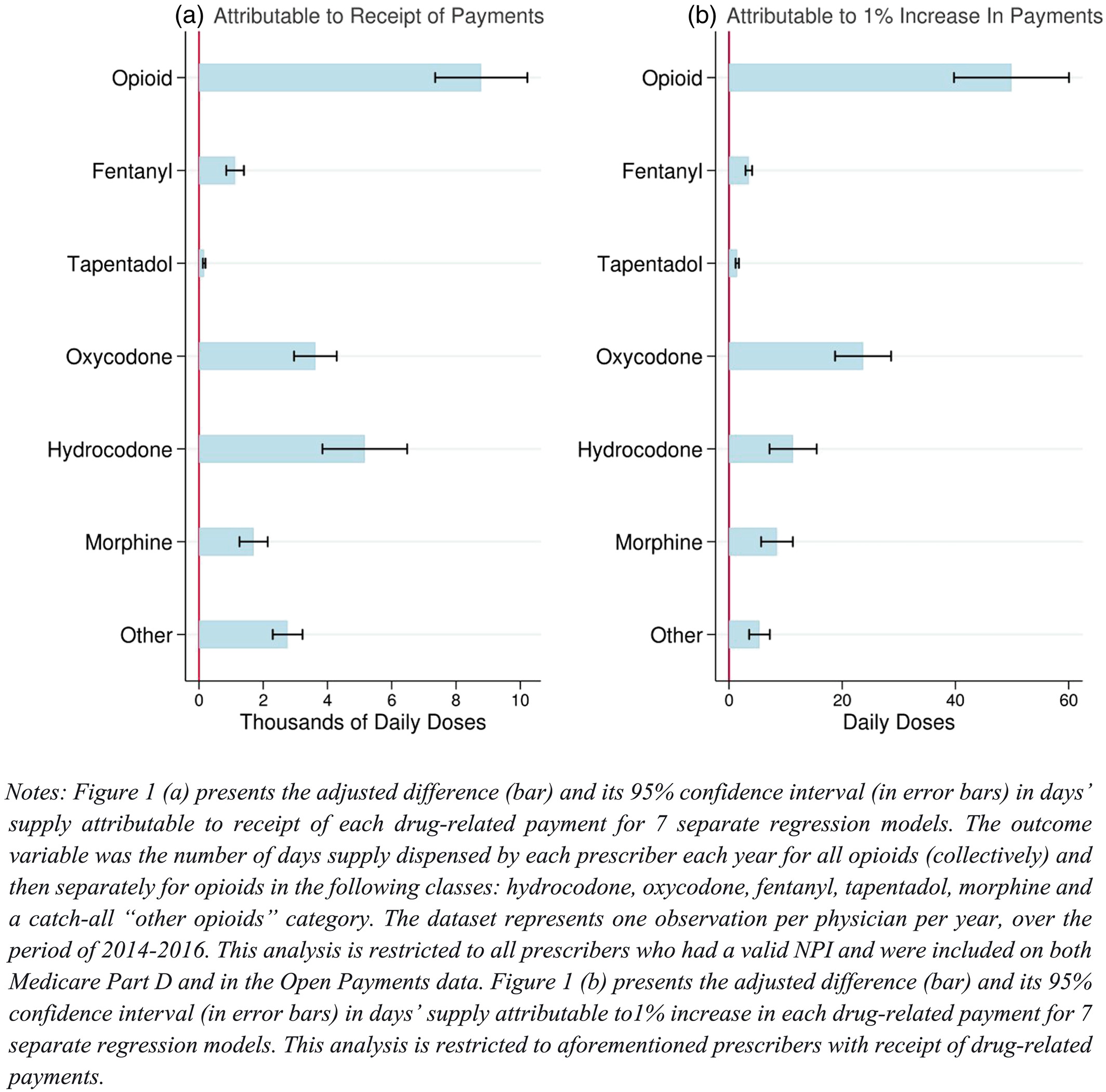 The study, led by Dr. Thuy Nguyen of Indiana University’s School of Public and Environmental Affairs, looked at the prescribing practices of 63,062 U.S. physicians who directly received opioid-related promotional payments, compared with over 802,000 physicians who received no such payments. From 2014 to 2016, the doctors who received payments prescribed, on average, over 13,070 daily doses of opioids per year more than their unpaid colleagues.

Lead researcher Dr. Nguyen states, “Our work supports earlier research on the pharma-physician relationship with respect to opioid prescriptions and offers more comprehensive evidence on the role of opioid-related promotional activities, including how prescribing may be affected by the extent and intensity of payments. Put simply, drug-related payments to physicians seem to increase drug prescriptions, and higher payments seem to increase them more.”

As this is an observational study, the findings reveal associations between opioid manufacturer payments and the volume of opioid prescriptions by individual physicians that may not be causal. However, the associations remain after adjusting for a range of physician characteristics, local sociodemographic predictors, and state opioid control policies.