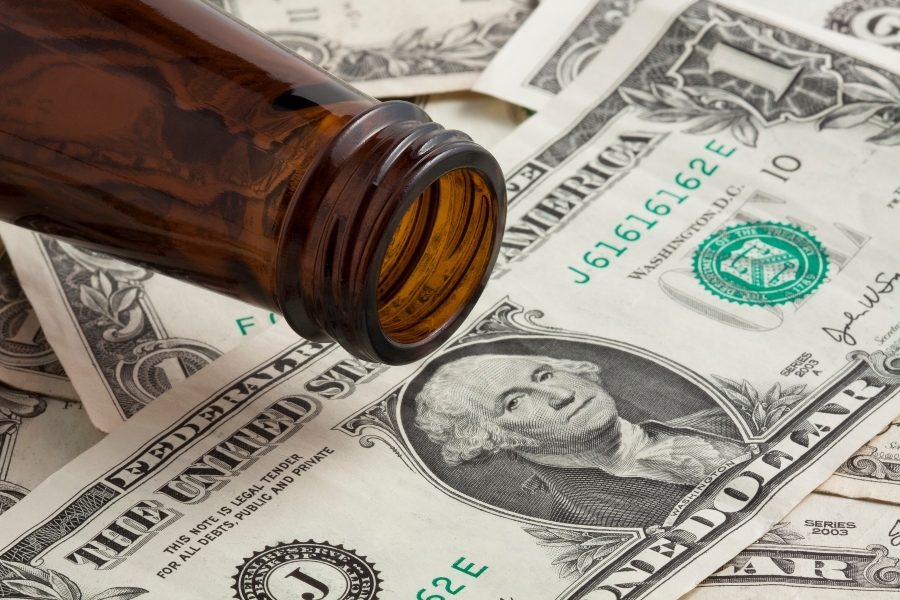 The total harm caused by excessive alcohol consumption is a staggering $2.05 per drink in the United States, and, of this, the government ends up paying about 80 cents per drink. However, the federal government and states only bring in about 21 cents per drink on average in alcohol taxes, according to new research in the Journal of Studies on Alcohol and Drugs. This leaves the majority of the cost of alcohol’s harms borne by those who don’t drink excessively or who don’t drink at all.

“The disparity between alcohol-related cost to government and alcohol taxes amounts to a large taxpayer-funded subsidy of excessive drinking and alcohol companies,” says senior author Timothy S. Naimi, M.D., M.P.H., of the Boston Medical Center and the Boston University School of Public Health.

Research shows that higher prices on alcohol, often through increased taxes, can lead to less excessive consumption, which in turn reduces a range of alcohol-related harms such as violence, motor vehicle injuries and liver cirrhosis.

“Policy debates around alcohol taxes have mostly centered on public health benefits, but I think our study might change the focus of the debate somewhat, since it seems fair that those who drink the most and who produce and sell alcohol should cover the costs to society,” says study lead author Jason G. Blanchette, J.D., M.P.H., of the Boston University School of Public Health.

To calculate the total amount of federal and state tax per standard drink in each state, Naimi and colleagues analyzed state and federal tax data from 2010. Although the federal government charges a standard excise tax that applies in all states (the equivalent of 5, 4 and 16 cents per drink for beer, wine and distilled spirits, respectively), states can charge up to three additional taxes: specific excise taxes, ad valorem excise taxes, and state general sales taxes.

State and federal specific excise taxes are based on the volume of alcohol sold, not the price, and therefore can erode over time because of inflation. During the past 25 years, state excise taxes have declined by more than 30% on average in inflation-adjusted terms, and federal excise taxes have declined by almost 50% because they were last adjusted for inflation in 1991. Ad valorem excise taxes and state general sales taxes are based on a percentage of the retail price and, therefore, increase in tandem with the purchase price. However, although all states charge specific excise taxes, only a minority of states have ad valorem taxes and not all states apply sales taxes to alcohol.

Accordingly, the study found that specific excise taxes accounted for only one fifth of current tax revenue from alcohol. “All states have specific excise taxes because that was the standard when alcohol prohibition was lifted, but they haven’t kept pace with inflation so now they’re not worth much now,” says Blanchette.

However, this is only a fraction of alcohol-related costs from excessive drinking. “Total alcohol taxes accounted for a median of 26.7% of the economic cost to the government,” the authors write, “and 10.3% of the total economic cost of excessive drinking.” Total alcohol taxes per drink were compared with cost per drink based on a Centers for Disease Control and Prevention study that included medical costs, costs to the legal and criminal justice systems and lost productivity but did not include “intangible” costs such as pain and suffering.

Teens with Opioid Use Disorder May Benefit from Medication Treatment