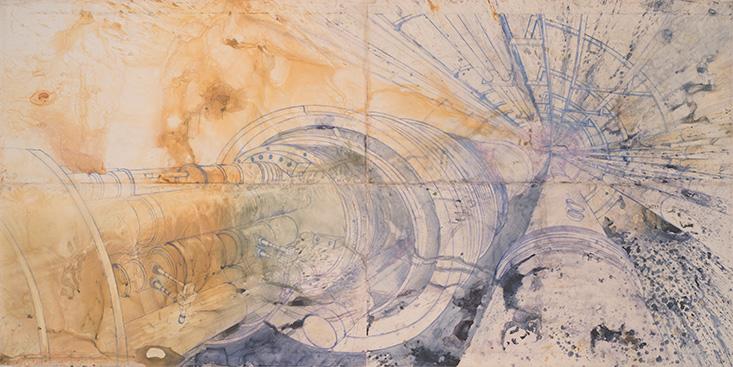 Humans prefer stable relationships and love to avoid social tensions. Sociology so far uses two concepts to describe this preference for social stability, namely, (Social) Balance Theory and the theory of homophily (“birds of a feather flock together”). Researchers from the Complexity Science Hub Vienna (CSH) now propose a simpler approach. They were able to boil the emergence of stable societies down to one of the two concepts alone: homophily, or our preference to interact with people similar to ourselves. The researchers show that social balance then follows automatically and demonstrate this fact with data from the Massive Multiplayer Online Game Pardus. The study just appeared in the Proceedings of the National Academy of Sciences (PNAS).

How does social balance emerge?

“To explain how innovative this paper is, we have to elaborate on Social Balance Theory first,” says CSH President Stefan Thurner, one of the authors of the paper. Social Balance Theory (SBT), introduced by the Austrian sociologist Fritz Heider in 1946, originally described the interpersonal relations between three individuals.

According to SBT, three people connecting to each other form triangles which can be called balanced or unbalanced, depending on the likes and dislikes between the three individuals. An example for a balanced triangle is, when Anna likes Bert, Bert likes Corinna, and Corinna likes Anna. If all of them dislike each other, the triad would be unbalanced. (For other variants, see figure).

The Social Balance Theory claims that unbalanced relationships cause bad feelings, why people tend to avoid them. “Which is exactly what we can observe – and count – in real-world societies,” elaborates complexity scientist Tuan Minh Pham, the first author of the study. “Balanced triangles appear way more often than we would expect if they were statistically even distributed. Conversely, unbalanced triangles are underrepresented in societies.”

According to this theory, people consider triadic information before they form (or change) their social relations: If Anna likes Bert, but Bert does not like Corinna, Anna might decide to dump Corinna just to keep the balance. “Yet we think it is way too complicated for people to think in triangles all the time,” says Pham.

Towards a balanced society via homophily

Instead, the scientists tried what happens when they applied the concept of homophily alone. “For our theory, we assume that individuals tend to minimize their social stress; to do so, they prefer to interact with people they like. They might choose somebody to become a friend because he or she has the same opinion, or religion, or education, for instance,” says Pham. Based on homophilic one-to-one interactions, the computer simulation produced a society that almost magically self-organized towards more stability. “The society looked exactly like a society that follows Social Balance Theory, but without individuals having to consider triangles,” Tuan Minh Pham points out.

To test this hypothesis, the scientists used data from the free Massive Multiplayer Online Game Pardus. In the futuristic Pardus world, some 100,000 players interact economically and socially in space, form friendships, co-operate or compete, make friends and fight enemies. Since the game went online in 2004, the scientists log every single interaction between the gamers; by subscribing, the users give their consent that the data can be used for scientific purposes.

“We showed in several studies already that the players behave online just like they would behave in real life,” says Thurner. “That makes Pardus such a great data source to study group formation and social dynamics.”

In a further step, the scientists plan to test their findings with data from a large online social experiment pursued together with CSH External Faculty member Mirta Galesic from the Santa Fe Institute.

“In physics, we love simple formulas – we call them beautiful,” says Thurner. “With this paper we explain seemingly complicated human interactions in a very simple way. Homophily as the driving force for social balance and stability – I would say, this is a really beautiful new understanding in sociology.”