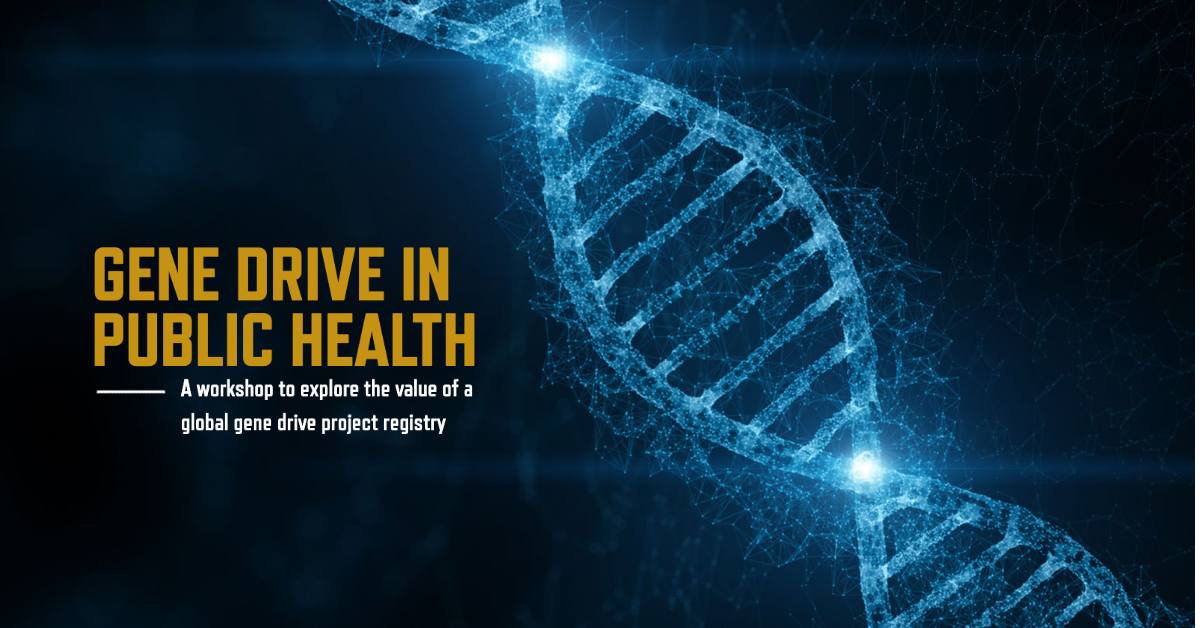 Advances in gene editing technologies are allowing for the development of potential new strategies for vector-borne disease control, pest management and conservation by genetically modifying organisms in a laboratory. These breakthroughs, including gene drives that are designed to spread specific genes, come with questions about their safety and ethical development.

“Recent calls to establish a global project registry before releasing any gene-drive modified organisms into the environment have suggested a registry could be valuable to coordinate research, collect data to monitor and evaluate potential ecological impacts, and facilitate transparent communication with community stakeholders and the public,” said senior author Cinnamon Bloss, Ph.D., professor at the Herbert Wertheim School of Public Health and Human Longevity Science at University of California San Diego.

In December 2020, Bloss led a group that convened 70 participants from 14 nations who gathered for a two-day workshop to discuss the ways in which a gene drive project registry could both contribute to and detract from the fair development, testing and use of gene-drive modified organisms.

Reporting in the December 15, 2022 online issue of Nature Biotechnology, 47 experts from organizations spanning national and local governmental agencies, international and nonprofit organizations, universities and local district vector control offices advanced the idea that a registry could serve a valuable coordinating function for multidisciplinary and multisector work activities in the area of gene drive. Gene drive is a complex area of science where professionals from many disciplines, sectors and world regions provide expertise that is necessary to develop products that could eventually be used in public health efforts.

“Historically, registries have been seen as improving transparency by making information about experimental biotechnologies or medical treatments publicly accessible,” said Bloss. “Although a project registry could similarly facilitate transparency in gene drive research, one of our main conclusions was that such an effort would first require careful and inclusive deliberation with potential end-users, such as scientists, government stakeholders or local communities.”

“We discussed communities’ rights to inform decisions about whether a gene drive organism is released in their environment, and many of us advocated for a registry that includes detailed information for use by local decision-makers living in areas where a gene drive organism is being considered for release,” said Riley Taitingfong, Ph.D., who was a postdoctoral fellow at the Herbert Wertheim School of Public Health at the time of the workshop.

A gene drive is a technique that genetically engineers organisms so that a particular set of genes is passed on to future generations. For example, researchers at the UC San Diego School of Biological Sciences, including co-author Omar Akbari, Ph.D., are engineering confineable gene drives in mosquitoes. They are also developing safer non-drive technologies, for example by applying CRISPR-based technology to sterilize Drosophila suzukii, an invasive fruit fly responsible for millions of dollars in crop damage.

Participants in the two-day workshop agreed that a registry could: improve learning and collaboration among the scientific community; help anticipate potential cross-interactions between gene-drive modified organisms released in the environment; promote surveillance and monitoring; and inform local decision-making and authorization by impacted communities.

The authors recommend that, as a next step, a formal needs assessment be conducted among a more diverse group of stakeholders to further address the value and utility of a global gene-drive project registry.

Space Health: Healthier Diets for Astronauts on Spaceflights May Improve Health and Performance