One of the world’s dominant malaria vectors is Anopheles arabiensis. Humans are its preferred blood meal although it also feeds on other livestock such as cattle, goats and sheep. But recent research shows that chickens are a non-host species for this vector. This means the birds could possibly act as repellents for mosquitoes which carry malaria. The Conversation Africa’s energy and environment editor Ozayr Patel spoke to Professor Rickard Ignell about his findings.

How can chickens repel mosquitoes?

Our research found that chickens emit volatile chemical compounds that act as long range repellents. We refer to these compounds as spatial repellents. The mosquitoes are repelled by the chicken odours and will actively fly outside when they encounter them. To put it simply, if there’s a chicken or the smell of chickens’ chemical compounds in a room, this particular mosquito buzzes off.

This is really intriguing in light of mosquitoes’ growing resistance to traditional control programmes. It’s important to stay one step ahead of these small but very deadly insects by developing additional tools to keep mosquitoes away from humans. Our study showed that when the volatile compounds found in chickens are combined with established control programmes, such as sprays and nets, they have the ability to protect humans from the risk of mosquito-vectored diseases.

Malaria mosquitoes have developed preferences for various human and animal hosts. The most severe vectors of malaria will feed almost exclusively on humans. Others have a wider preference, but will still be selective in their diet. 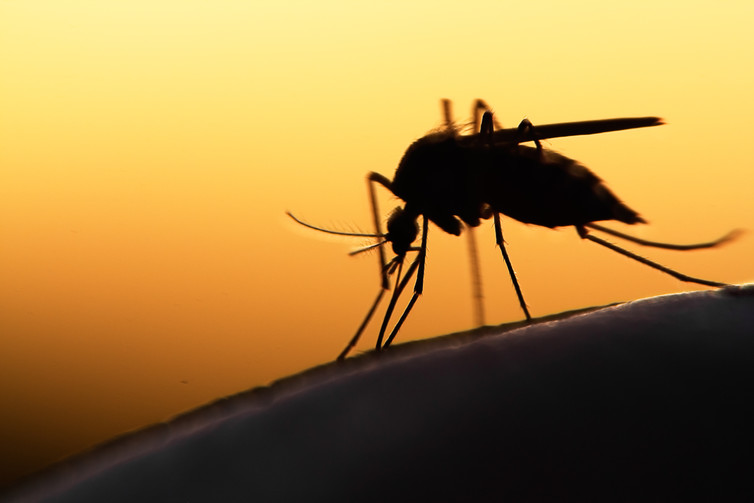 Mosquitoes use their sense of smell to locate and avoid their blood hosts. Shutterstock

Mosquitoes use their sense of smell to both locate and avoid their blood hosts. We found that chickens emit both specific compounds and some compounds that were shared with livestock like cattle, sheep or goats. These repel Anopheles arabiensis, one of the primary vectors of malaria in Ethiopia. We believe that the mosquitoes respond to these volatiles either because chickens actively feed on the mosquitoes or because the quality of chicken blood is inferior compared to that of livestock blood.

How was this discovery made?

We studied the host preference of Anopheles arabiensis by human and livestock surveys in three villages in Ethiopia. Combined with blood analysis of caught mosquitoes we found that they do not feed on chickens. This was despite the fact that chickens were the third most abundant species, following humans and cattle, in the villages.

Can the research be applied to other regions?

We believe that chicken odors have the ability to repel Anopheles arabiensis throughout most of Africa. But this has to be validated through experiments. How effective these volatiles, or chickens that emit them, are in repelling other species of malaria mosquitoes should be tested next.

Conversation: The Zika Impact on Asia