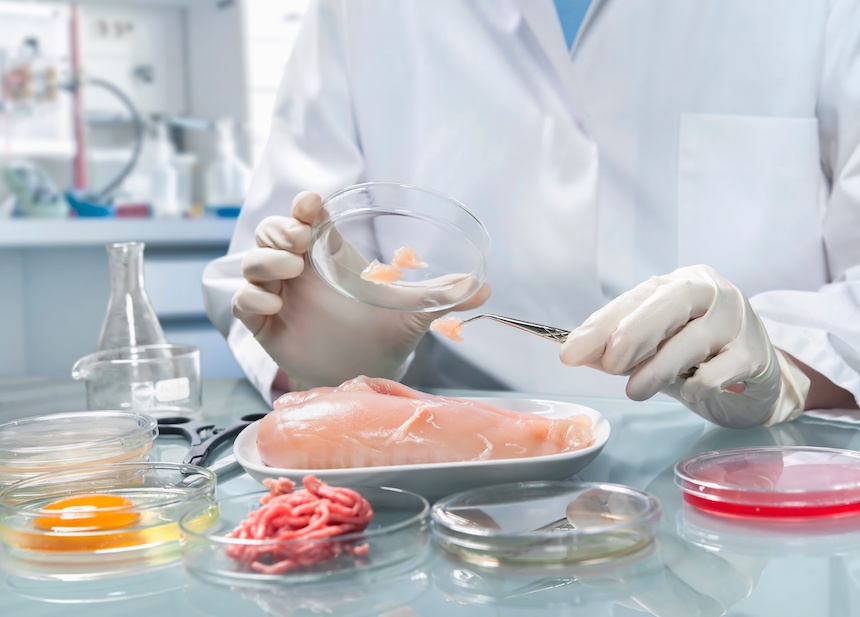 When food shopping, it is easy to overlook what it took to get your favorite meats and produce to the grocery store shelves. Anything perishable – beef, chicken, pork, vegetables, fruit, dairy and even water – must undergo a rigorous and time-consuming inspection process before shipping to its destination.

Angelo Gaitas, a research assistant professor at Florida International University’s Electrical and Computer Engineering Department, along with Gwangseong Kim, a research scientist, are commercializing a device that reduces the screening process to just a few hours at the same cost as current devices.

FIU says that if you have ever suffered from food poisoning, you will appreciate why it is so important to inspect food before it reaches the consumer. Food producers have to check for bacteria and signs of contamination before they are able to ship out any perishable food. Some common bacteria that can lead to foodborne illnesses include E.coli, salmonella and listeria. In fact, according to the Centers for Disease Control, each year, one in six Americans gets sick by consuming contaminated foods or beverages, that is forty-eight million people, out of whom 128,000 are hospitalized.

Typically, the inspection process, which involves putting samples in a solution and placing it in an incubator to see if bacteria grows, takes anywhere from 18 hours to several days. The reason is that it takes time for bacteria to grow at detectable levels. Current detection techniques are limited – you may need about 1,000 to a million bacteria present, depending on the technique, in a small volume before bacteria can be successfully detected. To reach that level, it takes time.

With this new device, food producers are able to run the whole solution through a smaller container inside the incubator oven. Antibodies in the device capture the target bacteria. This procedure allows bacteria to be concentrated in a smaller volume enabling same day detection.

“We are focused on helping food producers reduce storage cost and get fresher food to consumers,” Gaitas says. “We are addressing a major and well documented need in a very large market. There are about 1.2 billion food tests conducted worldwide and about 220 million tests in the United States.”

Gaitas formed a company, Kytaro Inc – an FIU startup – which spent the last few years creating and testing the device and publishing the results in scientific journals. Besides Gaitas and Kim, the company has been employing FIU undergraduates.

FIU notes that this April, with the support of Henry Artigues of the Office of Research and Economic Development and Shekhar Bhansali, chair of the Electrical and Computer Engineering Department, Kytaro was recognized as one of “40 Best University Startups 2017” at the University Startups Conference and Demo Day in Washington, D.C. About 200 startups applied to the national competition. The company is now seeking investors to bring the product to the market.

The NHS Is No Place for Immigration Enforcement

Cost of Zika Outbreak in U.S. Could Be High