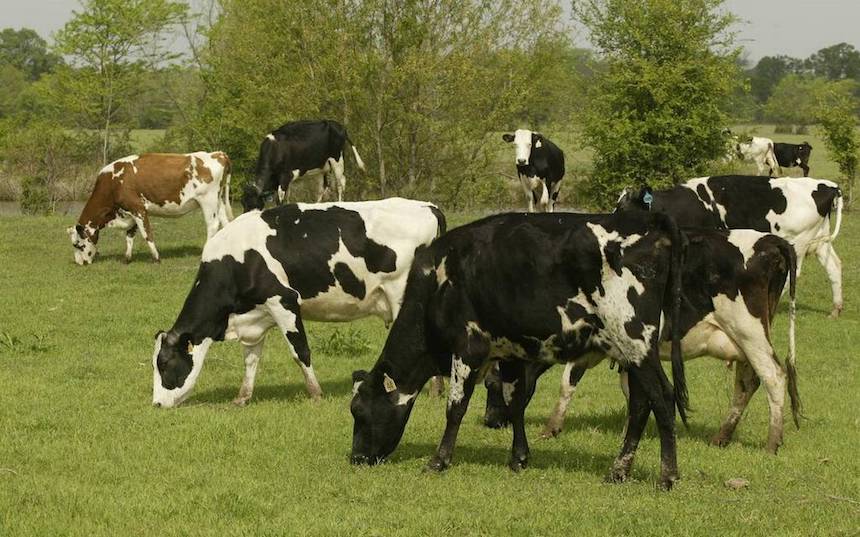 People who consumed raw milk or raw milk products from one Texas dairy should contact their health care provider immediately, warn health investigators from the Centers for Disease Control and Prevention (CDC) and the Texas Department of State Health Services (DSHS). Raw milk from the K-Bar Dairy in Paradise, Texas (northwest of Fort Worth), tested positive for a rare but potentially serious bacteria known as Brucella RB51.

CDC advises that people who consumed raw milk or milk products from the K-Bar Dairy between June 1 and Aug. 7, 2017, should get antibiotic treatment to avoid the risk of lifelong, chronic infections. Initially, people with brucellosis experience fever, sweats, aches and fatigue. If not treated, Brucella RB51 infection can result in long-term complications, like arthritis; heart problems; enlargement of the spleen or liver; and, in rare cases, nervous system problems, like meningitis RB51 can cause severe illness in people with weakened immune systems and miscarriages in pregnant women.

“It’s very important for people who drank raw milk from this dairy to seek treatment to prevent infection with Brucella RB51,” said William Bower, M.D., team lead for the CDC group that investigates brucellosis. “Even if people don’t have any symptoms now, they can develop a chronic infection that can impact their health for years to come.”

Milk from K-Bar dairy is known to have caused Brucella infection in one Texas resident. One illness in a Texas woman has been linked to the dairy. Purchase records and illness reports indicate additional people in Texas and some as far away as California and North Dakota may need antibiotics to prevent or treat infection. In Texas, raw milk is only allowed to be sold on site at the dairy. According to Texas DHSH, K-Bar dairy has been operating in compliance with state dairy laws and rules and is cooperating fully with the investigation.

Due to incomplete contact information, CDC staff have been unable to reach about 200 households in which someone bought K-Bar milk. People who sampled the milk at the dairy or got the milk from friends or family also may not be aware of their risk.

So far, CDC and Texas health officials have received reports about people who drank K-Bar milk or have symptoms consistent with brucellosis caused by RB51 in Alabama, Arkansas, California, Ohio, North Dakota, Tennessee and Texas.

CDC recommends that anyone who drank raw milk or consumed milk products from K-Bar dairy between June 1 and Aug. 7, 2017, see their doctor for antibiotics to prevent infection. Because Brucella can cause complications during pregnancy, including miscarriage, it is especially important for pregnant women who may have been exposed to seek medical care. RB51 is resistant to some antibiotics that would normally be used to prevent or treat brucellosis, so people who drank the milk should tell their doctor that they may have been exposed to RB51 and refer their healthcare provider to the CDC website (link below).

People who have consumed the milk should also check themselves for fever for four weeks after they last drank the milk and watch for other brucellosis symptoms for six months. These symptoms include but are not limited to: muscle pain, lasting fatigue, arthritis, depression, and swelling of the testicles.

Doctors can find more information about testing patients for RB51 and which antibiotics to use to prevent infection on the CDC website at: https://www.cdc.gov/brucellosis/clinicians/rb51-raw-milk.html.