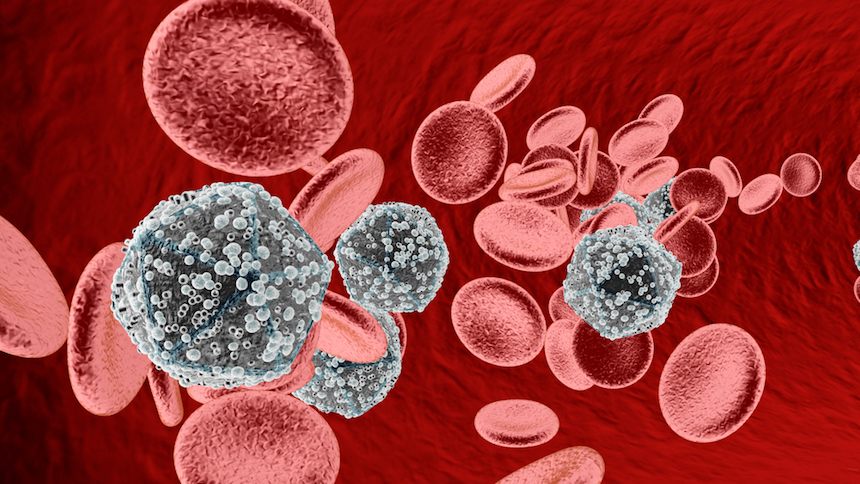 The case of an HIV-infected child in South Africa who has been in remission for nearly nine years without taking any antiretroviral drugs has provided further proof that HIV remission is possible.

Remission (also known as functional cure) is a term that describes the body’s ability to control HIV to undetectable levels without the use of antiretroviral therapy. Remission refers to a state following treatment that is then stopped. Less than 1% of people who are infected with HIV are naturally able to do this without any treatment.

The South African case – the first reported instance of HIV remission in an African child, and only the third case in the world – has raised many questions: what makes this child so unique? Is it the virus? Is it the host? Were the drugs essential to this outcome?

I am part of a team of researchers that’s investigating this unusual case, an endeavour that’s intensified this year. What we found were signs that HIV can be suppressed naturally for a long time after someone has been on a short spell of treatment. We presented our findings at the 9th International Aids Society conference on HIV science in Paris in July.

The discovery is only the first bit of a puzzle we are piecing together – on an ongoing basis – into what exactly causes suppression. It opens the door for researchers to establish how to make long-term remission possible for other people. This is a critical part of making HIV a manageable disease.

The child – whose gender has not been disclosed – was born in 2007 to an HIV-infected mother. The child was diagnosed as HIV-positive at one month of age and then enrolled in a clinical trial called CHER (Children with HIV Early Antiretroviral Therapy). The trial ran from 2005 to 2011.

The child – randomly selected in the trial to receive early treatment – started anti-retrovirals just after turning two months old. The child was one of 143 babies who received early treatment for 40 weeks.

The virus rebounds within weeks in most people who stop taking the drugs. HIV attacks the T-cells, forcing the person’s CD4 count to drop significantly. But in this instance the child’s CD4 count remained at the level of a healthy child’s after the drugs were stopped. And has remained so ever since.

More than eight and half years later the child has no symptoms of infection. The virus has not rebounded and it cannot be detected with standard methods.

To establish what led to this outcome the child’s blood samples have been subjected to detailed virological, immunological and genetic studies to understand the state of the virus in the body.

The child had high levels of the virus in the blood before starting treatment at two and a half months. This suggested that the child had an actively replicating virus at the time.

But by the time the child was nine and a half years old, there were only small traces of virus in the cells and the virus was no longer actively replicating.

In addition, we saw signs that the child’s immune system had identified the virus before. At this stage we don’t know which parts of the immune system were active close to the time of infection and treatment. Understanding both the response now – and which immune responses were initially involved – is critical to help us develop a vaccine, or other strategies, that could solicit a similar immune response in other people.

What the three rare finds tell us

The three remission cases have provided researchers with different lessons. The first case was a baby born in Mississippi in 2010 who was HIV infected at birth. The baby started treatment 30 hours after she was diagnosed and continued treatment until she was 18-months-old. The virus remained under control – that is below detectable levels – for the next 27 months. But then it rebounded.

This case highlighted that remission was possible for a period of time.

The second case involved a child born in France in 1996. Treatment was started at three-months-old but then stopped when the child was about six years old. The virus remains under control. This case showed that long-term remission is possible.

Our case further confirms that long term remission is possible, even with a short period of treatment.

Since the first remission case, several trials are trying to establish whether starting babies identified with HIV at birth with treatment within 48 hours of the discovery could help.

The thinking is that intercepting HIV as close to the time of infection as possible can result in a smaller reservoir of virus in the cells. This in turn could increase the chances of remission for sustained periods of time or maybe even permanently.

There is no doubt that early treatment is desirable. It reduces chances of transmission, protects the immune system from damage caused by the virus, keeps virus reservoirs small and improves general health and the chances of survival.

But we know that, if treatment is stopped, early treatment isn’t enough for most people to achieve remission. Other interventions need to be sought.

For most infected patients, treatment starts long after they are infected. This presents an even greater challenge to achieve remission.

The South African child tells us that other factors, unique to an individual or to very rare groups of individuals, are important. The clues are there. We need to find what these factors are from the few and turn them into solutions for the many.

And, more important than anything, is that patients don’t stop their treatment until we have all the pieces of the puzzle in place.