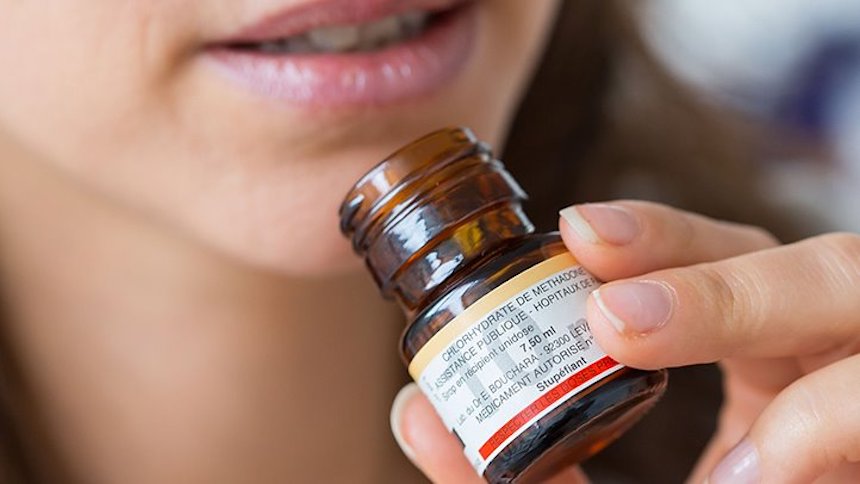 A study comparing the effectiveness of two pharmacologically distinct medications used to treat opioid use disorder – a buprenorphine/naloxone combination and an extended release naltrexone formulation – shows similar outcomes once medication treatment is initiated. Among active opioid users, however, it was more difficult to initiate treatment with the naltrexone. Study participants were dependent on non-prescribed opioids, 82 percent of them on heroin, and 16 percent on pain medications. The research, published today in The Lancet, was conducted at eight sites within the National Institute on Drug Abuse Clinical Trials Network (NIDA CTN). NIDA is part of the National Institutes of Health.

Five hundred and seventy opioid-dependent adults were randomized to the buprenorphine combination or the naltrexone formulation, and followed for up to 24 weeks of outpatient treatment. Study sites differed in their detoxification approaches and in their typical inpatient length of stay. Buprenorphine/naloxone (brand name Suboxone) was given daily as a sublingual film (under the tongue), while naltrexone (brand name Vivitrol) was a monthly intramuscular injection. Adverse events, including overdoses, were tracked.

“Studies show that people with opioid dependence who follow detoxification with no medication are very likely to return to drug use, yet many treatment programs have been slow to accept medications that have proven to be safe and effective,” said Nora D. Volkow, M.D., director of NIDA. “These findings should encourage clinicians to use medication protocols, and these important results come at a time when communities are struggling to link a growing number of patients with the most effective individualized treatment.”

Scientists conducting the research expected that it would be more difficult to initiate treatment with naltrexone because it requires a full detoxification, and patients often drop out of that process early. However, both the extent of the detoxification “hurdle,” and how the medications would compare once they were initiated, was not known.

Researchers note that patients who are unable to complete detoxification and choose naltrexone should be strongly encouraged to initiate the buprenorphine combination treatment, and that improved methods to transition active users to naltrexone need to be developed.

The buprenorphine combination is a partial agonist, while the naltrexone is an antagonist. Their approaches to treating opioid dependence are pharmacologically, conceptually, and logistically different. A partial agonist still activates opioid receptors, but less strongly, reducing cravings and withdrawal symptoms. It is considered opioid maintenance treatment. An antagonist blocks the activation of opioid receptors, preventing opioids from producing the euphoria. There must be no opioids left in the body before beginning this treatment. So, there are differences in initiating treatment and withdrawal on discontinuation. Until now, these have never been compared head-to-head in the United States, so there have never been the comparative effectiveness data needed to make informed choices.

“The good news is we filled the evidentiary void, and also learned that for those who were able to initiate treatment, the outcomes were essentially identical, as were adverse events,” said John Rotrosen, M.D., the study lead investigator. “This gives patients the freedom to choose a treatment approach that best suits their lifestyle, goals and wishes.”

Methadone, a third U.S. Food and Drug Administration-approved medication for treating opioid use disorders, was not studied in this project. Methadone is a synthetic opioid agonist usually given in liquid form that has been used successfully for more than 40 years. Methadone must be dispensed through specialized opioid treatment programs, whereas buprenorphine/naloxone and naltrexone can be offered from a doctor’s office with a prescription. Methadone has also been prescribed as a treatment for chronic pain.

Overdose deaths linked to opioid pain medicines nearly quadrupled from 2000 to 2014, to nearly 19,000. There is now also a rise in heroin use and heroin addiction as some people report shifting from prescription opioids to heroin because it is cheaper and easier to obtain. In 2015, nearly 600,000 people in the United States had a heroin use disorder and close to 13,000 Americans died of a heroin overdose.