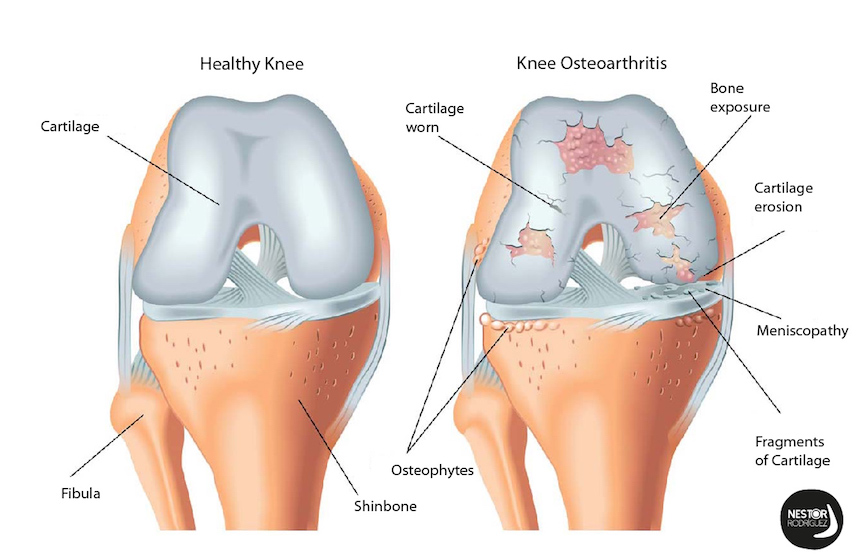 From presidents to retirees, more than 17 million people over the age of 50 golf regularly. Knee osteoarthritis, which causes swelling, pain and difficulty moving the joint, is one of the leading causes of disability in this age group.

It may seem intuitive that golfers with knee osteoarthritis should stay off their feet and ride in a golf cart. But new research from the Shirley Ryan AbilityLab and Northwestern Medicine has found, for the first time, that walking the course provides significantly higher health benefits and is not associated with increased pain, cartilage breakdown or inflammation.

This study is the first comparing the health benefits of walking the golf course versus using a cart, as well as the first to use a blood-based biomarker analysis in knee osteoarthritis during a prolonged sporting event. The findings will be presented April 28 at the Osteoarthritis Research Society International Annual Meeting in Liverpool, England.

“Individuals with knee osteoarthritis are often concerned about pain and may be more likely to use a golf cart,” said lead study author Dr. Prakash Jayabalan, a physician scientist at the Shirley Ryan AbilityLab and an assistant professor of physical medicine and rehabilitation at Northwestern University Feinberg School of Medicine.

“However, through sophisticated blood-based biomarker analysis, this study has shown that golfers with knee osteoarthritis do not need to be concerned about worsening their disease through walking the course. In fact, walking provides the best health benefit,” Jayabalan said.

The study, completed in partnership with the Glenview Park District Golf Course in Glenview, Illinois, involved 15 participants — 10 who had knee osteoarthritis and five who were of similar age but did not have the disease. Participants played 18 holes (one round of golf) walking the course and, on a separate day, the same individuals played a round riding a golf cart. The research team compared their heart rates to determine the intensity of exercise performed and took blood samples during each round to measure markers of cartilage stress and inflammation.

The researchers found that, prior to starting either round, the golfers with knee osteoarthritis had an average pain score of 1.3 (on a scale of 0-10). When they played the round walking the course, they had an average 2.1-point increase in pain score. When they played the round using the golf cart, they experienced on average a 1.5-point increase, a difference that is not clinically significant.

The research team also measured blood-based biomarkers of cartilage stress and inflammation. Although both methods of transportation caused an increase in these markers (as would be expected with regular walking), there was no difference between the rounds.

Although walking the course offers the most significant health benefits, the study found that riding the course with a golf cart during a round — and the requisite moderate walking that comes with it — still offers cardiovascular benefits and helps fulfill daily exercise guidelines.

A Potential New Weapon in the Addiction Battle: FDA-Approved Diabetes and Obesity Drugs