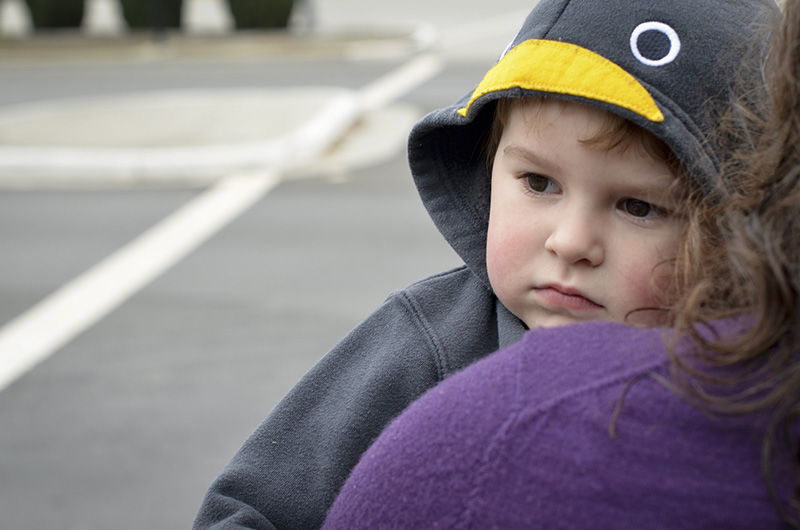 Trauma experienced by a parent during childhood has long-reaching consequences – maybe even to the point of negatively impacting their own children’s health, a new Drexel University study found.

“It is well known that adverse childhood experiences can lead to serious and wide-ranging effects on the health of the people who go through them,” said Félice Lê-Scherban, PhD, the study’s lead researcher and an assistant professor in Drexel’s Dornsife School of Public Health. “A lot of these health problems – such as substance abuse, depression or chronic illnesses like cardiovascular disease – can affect how parents care for their kids and the environments where they grow up.”

“Adverse childhood experiences” are described as serious traumas or stress a person experiences during their formative years. This might include something like abuse or exposure to violence and/or drugs. The study, published in Pediatrics, looked into surveys taken by 350 Philadelphia parents who answered questions about their own “ACEs.”

“If we only look at the within-individual effects of ACEs, we may be underestimating their lasting impact on health across multiple generations,” Lê-Scherban said of the study team’s motivations. “Looking intergenerationally gives us a more comprehensive picture of the long-term processes that might affect children’s health.”

“By the same token, acting to prevent ACEs and helping those who have experienced them can potentially have benefits extending to future generations,” Lê-Scherban added.

Among the parents who were surveyed:

– Nearly 42 percent said they’d witnessed violence (seeing someone shot, stabbed or beaten) as a child
– 38 percent said they lived with a problem drinker or someone who used illicit drugs during their youth
– Roughly 37 percent said that they had been physically abused as children

While those were the most common ACEs, there were many others that received strong responses, including experiencing racial discrimination and sexual abuse.

Overall, 85 percent of parents experienced at least one ACE. The more ACEs a parent had suffered as a child, the more likely their own children were to have poorer health status.

One of the other areas that Lê-Scherban and her fellow researchers focused on was behavior in the survey respondents’ children that could have an impact on health. They found that each ACE a parent had experienced was tied to an additional 16 percent higher odds that their children would have excessive TV-watching habits. While not a direct health outcome, it sets up a child for potentially poorer health habits down the line.

And though ACEs are more prevalent in populations low on the socioeconomic scale, that doesn’t explain everything, Lê-Scherban said.

“It’s important to remember that ACEs, and their effects, occur across the socioeconomic spectrum,” Lê-Scherban commented.

While the links can’t be definitively established as causal yet, they suggest that it’s important to keep studying the multigenerational effects that trauma has on health, according to Lê-Scherban.

“We need to know more about the specific pathways through which parental ACEs might harm child health so we can minimize these harms,” she said. “On the flip side, it’s important to learn more about the factors that promote resilience to help parents and their children thrive despite past trauma.”