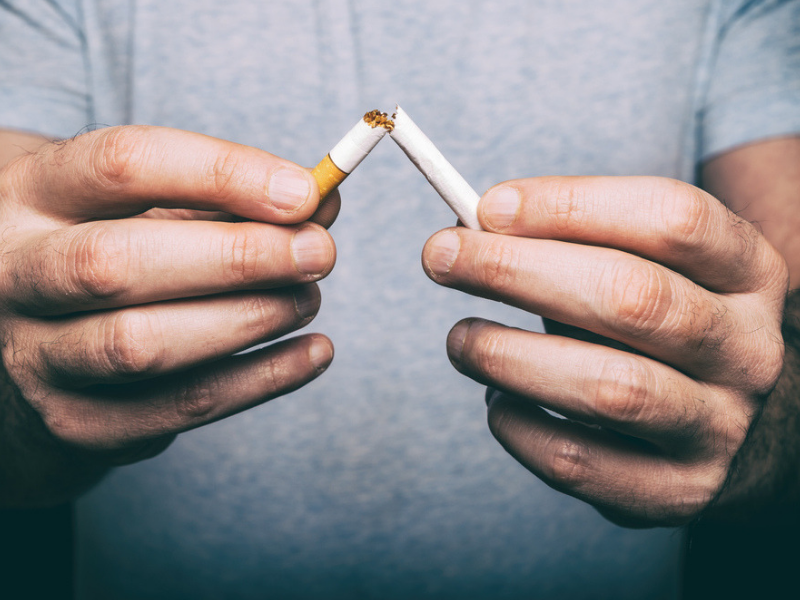 Smoking rates among people recovering from an alcohol or drug disorder are more than double that of the general population; but a study from the Massachusetts General Hospital (MGH) Recovery Research Institute, that appears in Drug and Alcohol Dependence, found that those entering recovery in the past 10 years are quitting in greater numbers than their cohorts in the 1980s and 90s.

“Smoking cessation is a well-known challenge among people in recovery from alcohol and drug use disorders, but very little was known previously about smoking prevalence in this population or when after entering recovery people were able to quit smoking,” says lead author John F. Kelly, PhD, founder and director of the Recovery Research Institute (RRI). “Our findings suggest more recovering people are quitting cigarettes and quitting sooner.”

While smoking is a major cause of premature death among individuals with a history of alcohol or drug use, there was scarce data on how many people quit before or after treatment and after entering recovery. The study by the RRI looked at smoking cessation in a national sample of people in recovery from problems with alcohol or other drugs.

Of 2,000 study participants who had entered recovery during each of three decade-long time frames from 1986 through 2015, more than half were former smokers and almost 30 percent were current smokers. While those who had stopped smoking did so an average of 15 years after resolving a drug or alcohol problem, those entering recovery from 2006 to 2015 successfully quit sooner after entering recovery than did those who had resolved their alcohol or drug issue between 1986 and 1995.

Among individuals in recovery with a smoking history, the study reported that 30 percent had quit smoking prior to entering recovery, 7 percent quit and entered recovery within the same year, and 26 percent quit after entering recovery. The 27 percent who were still smoking had tried unsuccessfully to quit an average of five times and were smoking an average of 14 cigarettes per day. Education and income seemed to play a role in successful quitting. Individuals who earned $50,000 or more and those who had a bachelor’s degree or higher quit sooner after entering recovery than others.

“This study provides good news: a historically vulnerable and hard-to-reach population of smokers appears to be quitting sooner following the resolution of an alcohol or other drug disorder than in prior years,” says Kelly, the Elizabeth R. Spallin Associate Professor of Psychiatry in the Field of Addiction Medicine at Harvard Medical School.

U.S. Children Show Clear Evidence of Bias at the Intersection of Race and Gender

Could Artificial Intelligence Improve Patient Care in the NHS?