Asian countries are in the early stages of a tobacco smoking epidemic with habits mirroring those of the United States from past decades, setting the stage for a spike in future deaths from smoking-related diseases.

Using long-term follow-up data from those cohorts, the study — published in JAMA Network Open — is the largest investigation in Asian countries of birth cohort-specific and county- or region-specific smoking patterns and their association with deaths.

Future deaths are likely to echo the pattern that occurred in the United States as the popularity of smoking increased during and after World War II, which resulted in lung cancer mortality peaking around 1990, said Wei Zheng, MD, PhD, Anne Potter Wilson Professor of Medicine. 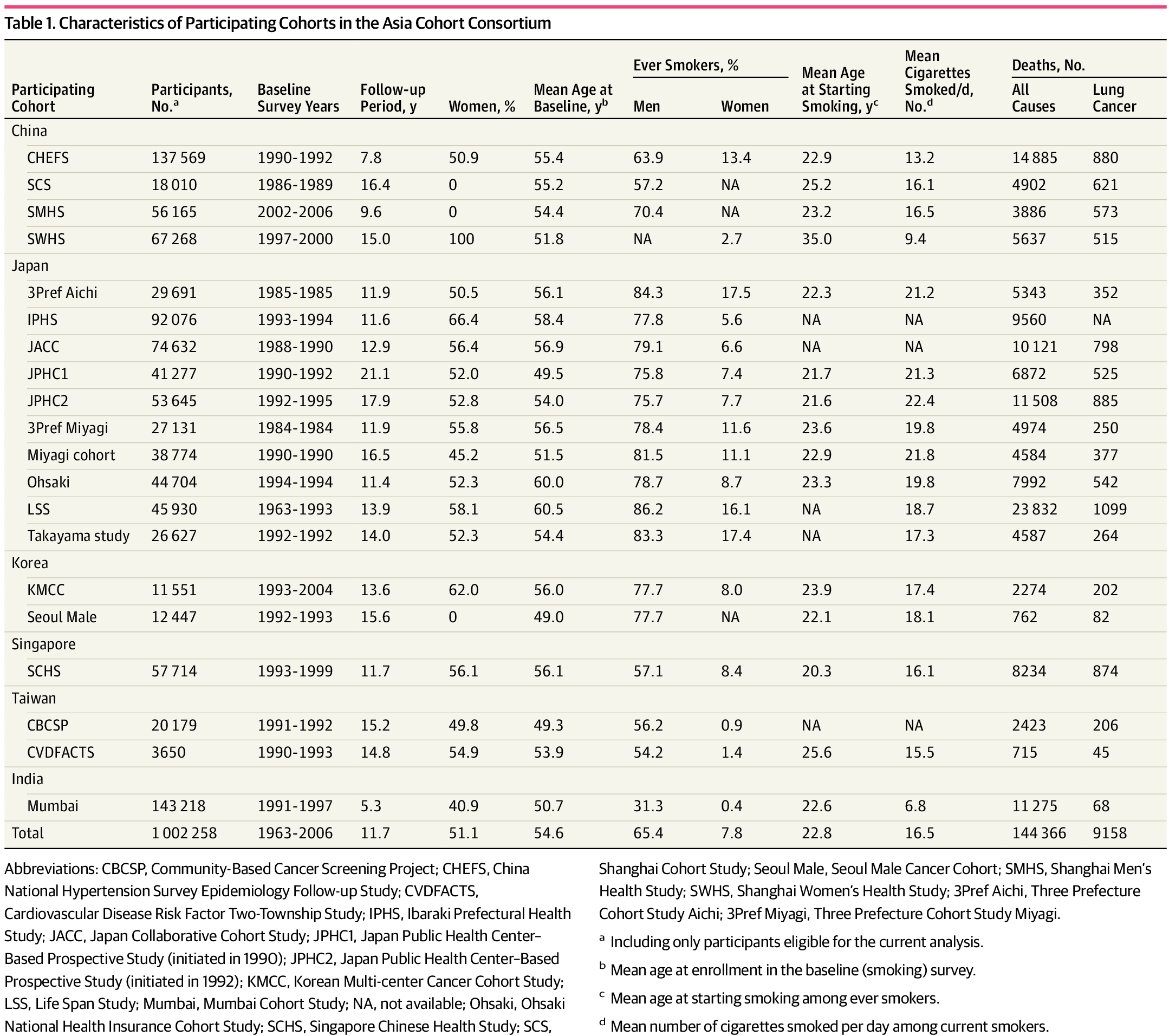 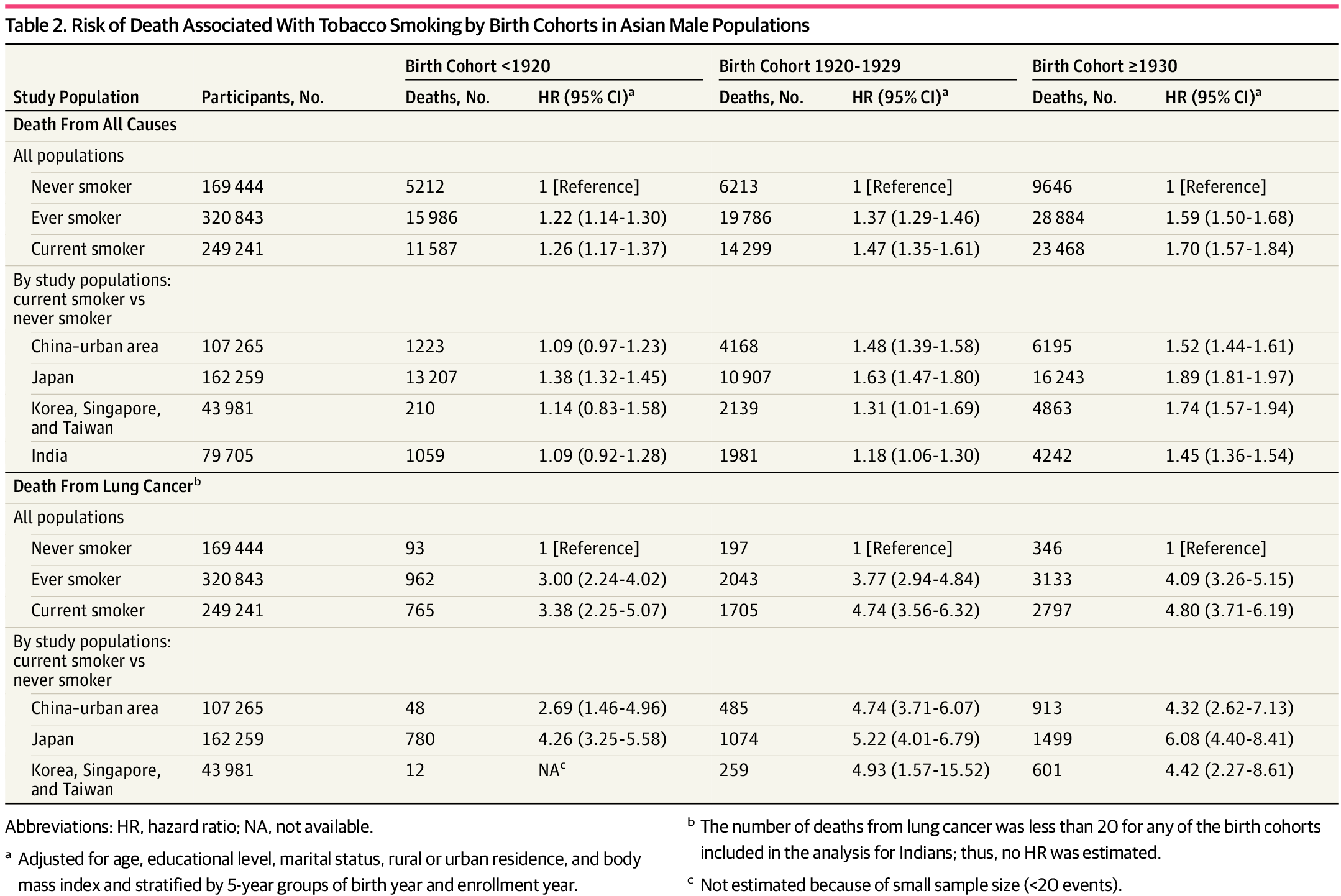 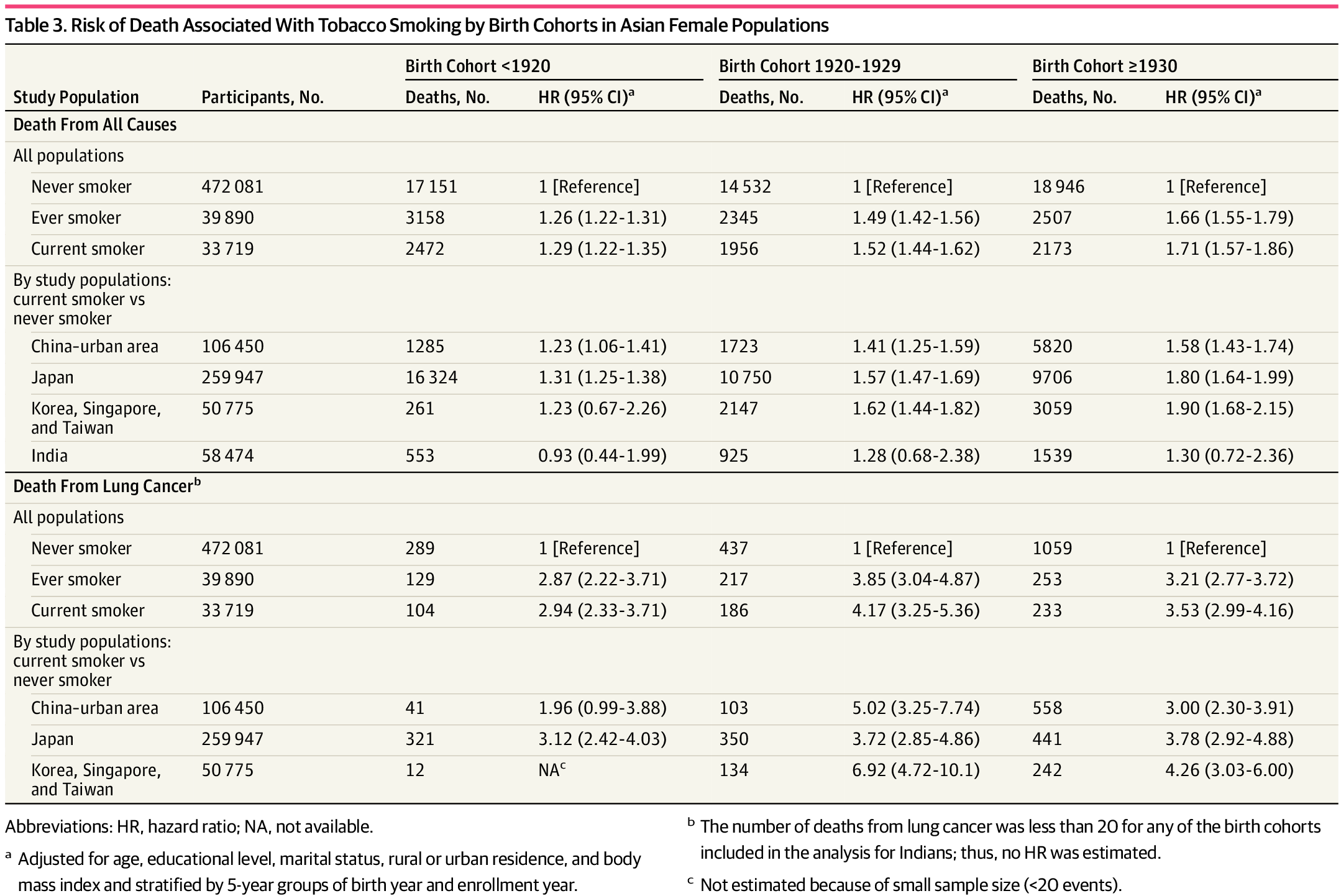 “There is about a 30-year gap or incubation period for the mortality to occur,” said Zheng, the study’s senior author. “Smoking takes about 20 or 30 years to have this full effect on lung cancer mortality.”

Tobacco control interventions may be having an effect on the smoking epidemic in some countries or areas because male smokers in the most recent birth cohort tended to quit smoking at younger ages.

“Asian countries that are richer, like Japan, South Korea and urban China, are doing a better job with this than rural China, India and other places,” said Danxia Yu, PhD, who is co-first author of the study along with Jae Jeong Yang, PhD, a visiting research fellow from the Seoul National University, South Korea.

Older generations of Asians tended to start smoking later in life and smoke less than people in the United States did in past decades, Zheng said, but that behavior pattern is changing.

“Younger people in more recent cohorts started smoking at a younger age, and they smoked a lot more,” Zheng said. “The deaths due to tobacco smoking also increased with this cohort.”

The rate for men in mainland China who have ever smoked has increased. Among Chinese men born in 1950 or later, 79.4% of those living in urban areas had smoked, and 74.3% of those in rural areas had. Traditionally, Japanese men have had the highest rate of having ever smoked.

Women in Asia have a much lower rate for smoking. The average percentage of women smokers for all 20 cohort studies was 7.8% compared to 65.4% for men.

Asia will face a growing burden of smoking-related health problems unless urgent tobacco control policies are implemented, the authors concluded.

Can Science Writing Be Automated?