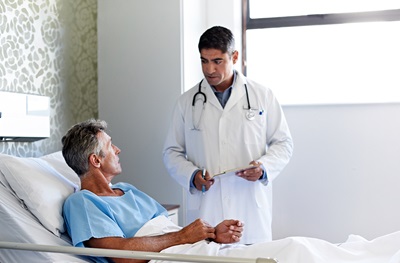 Palliative Connect, a trigger system developed at Penn Medicine and powered by predictive analytics, was found to be effective at increasing palliative care consultations for seriously ill patients, according to a new study from researchers in the Perelman School of Medicine at the University of Pennsylvania. After the system was implemented, palliative care consultation increased by 74 percent. The study was published this month in the Journal of General Internal Medicine.

“There’s widespread recognition of the need to improve the quality of palliative care for seriously ill patients, and palliative care consultation has been associated with improved outcomes for these patients,” said the study’s lead author, Katherine Courtright, MD, an assistant professor of Pulmonary, Allergy and Critical Care, and Hospice and Palliative Medicine.

According to the Center to Advance Palliative Care, palliative care is specialized medical care focused on providing relief from the symptoms and stress of a serious illness to improve the quality of life for patients and families. Palliative care is appropriate for patients of any age and during any stage of illness, which distinguishes it from hospice care, which takes place near the end of life.

Palliative Connect draws on clinical data from the electronic health record and uses machine learning to develop a score based on 30 different factors of a person’s likely prognosis over six months–the timeframe doctors are asked to use when making a decision on whether palliative care consultation would be beneficial.

The study team, which was also led by study senior author Nina O’Connor, MD, the chief of Palliative Care at Penn Medicine, evaluated Palliative Connect over an eight-week period between December 2017 and February 2018. In that span, 134 patients who’d been admitted to a Philadelphia hospital were compared to a similar population of 138 patients selected from a time before Palliative Connect was applied.

In the group of patients from when Palliative Connect was applied, consultations increased significantly, climbing from 22 to 85. Additionally, patients were seen by palliative care earlier in their hospital stay – an average of a day and a half sooner.

However, primary team physicians were able to decline triggered consultations, and the researchers found that about 43 percent did so. The authors note that there were several reasons provided by the primary teams for declining a triggered consult. These included the primary team feeling that they are already meeting the patient’s needs, or that the patient doesn’t have any palliative care needs at the time. These explanations, Courtright said, highlight the fact that prognosis isn’t a perfect measure of palliative care needs for every patient — it’s just one aspect of serious illness.

The study also showed that none of the patients or their caregivers declined a triggered consultation after it was accepted by the primary team physician.

“This approach helps us get a foot in the door and really explain what palliative care is to patients and their families,” Courtright explained. “Sometimes, there is this sense from primary teams that patients or families are hesitant or don’t want to talk about palliative care, but, when a palliative care clinician walks into the room and explains what they do, often people really are glad to see us there.”

Moving forward, the researchers plan to continue fine-tuning the Palliative Connect prediction model. Additionally, another study is underway to gauge the perspective of physicians, patients, and palliative care clinicians on consult triggers to better inform future use of such interventions.

“Our goal is for every seriously ill patient to have a conversation with their clinician about their priorities and wishes, and to document those priorities in the medical record,” O’Connor said. “We think that triggers are allowing us to do that, so we’ll continue to evaluate and refine in order to help more patients.”

A Mouse or an Elephant: What Species Fights Infection More Effectively?