According to this year’s survey, around 7 in 10 adults (69%) say that health care is a significant source of stress — nearly equal to the 71% who say mass shootings are a significant source of stress. Among adults who experience stress about health care at least sometimes (47%), the cost of health care is the most commonly cited source of that stress (64%). Adults with private insurance (71%) are more likely than those with public insurance (53%) to say the cost of health care causes them stress. More than half of adults overall (55%) worry that they will not be able to pay for health care services they may need in the future. 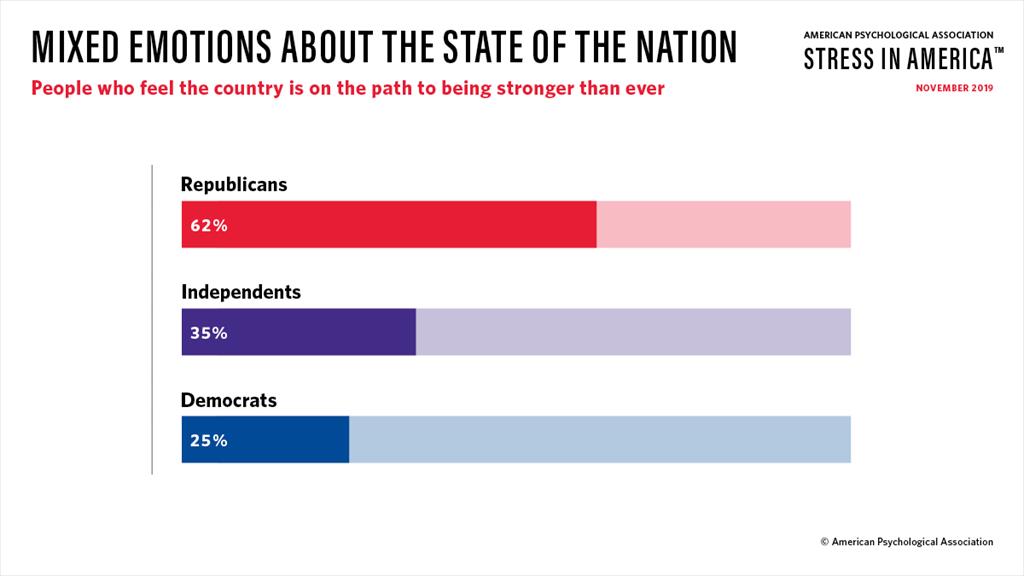 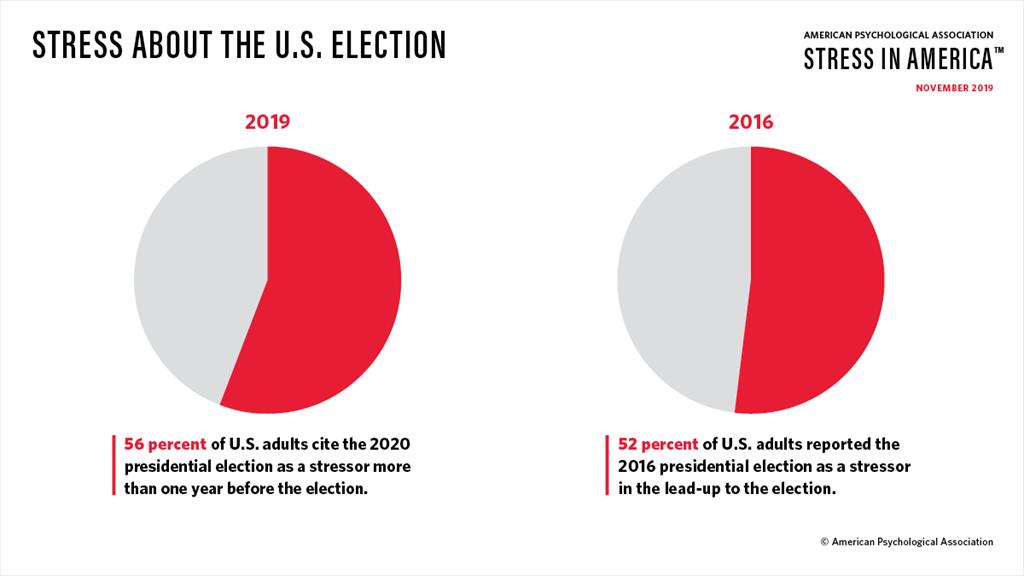 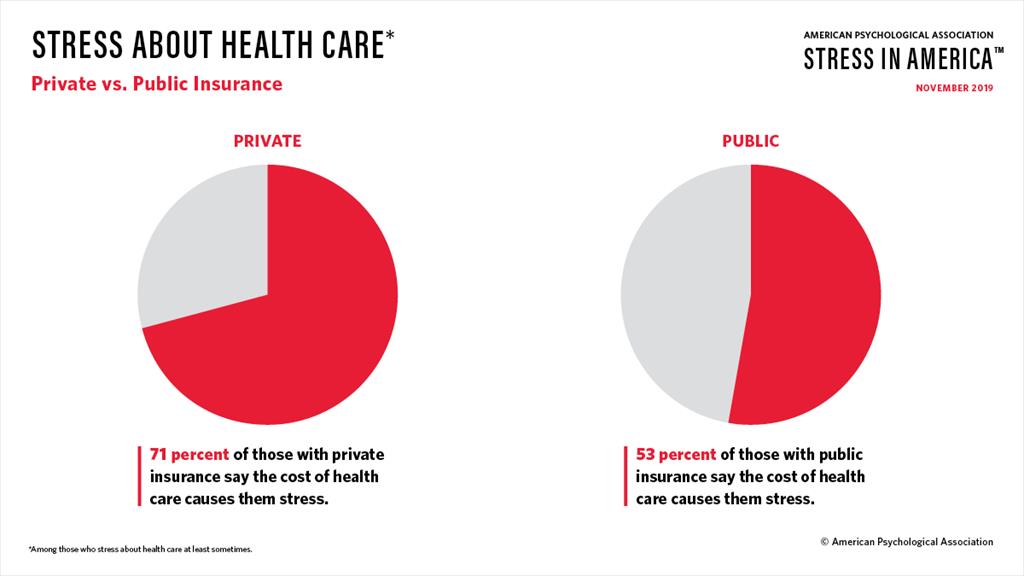 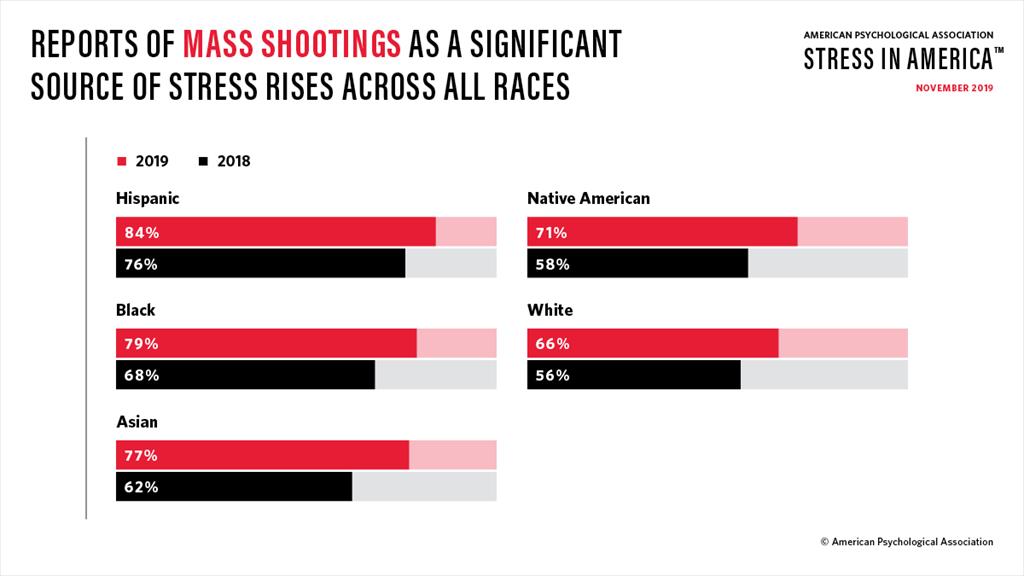 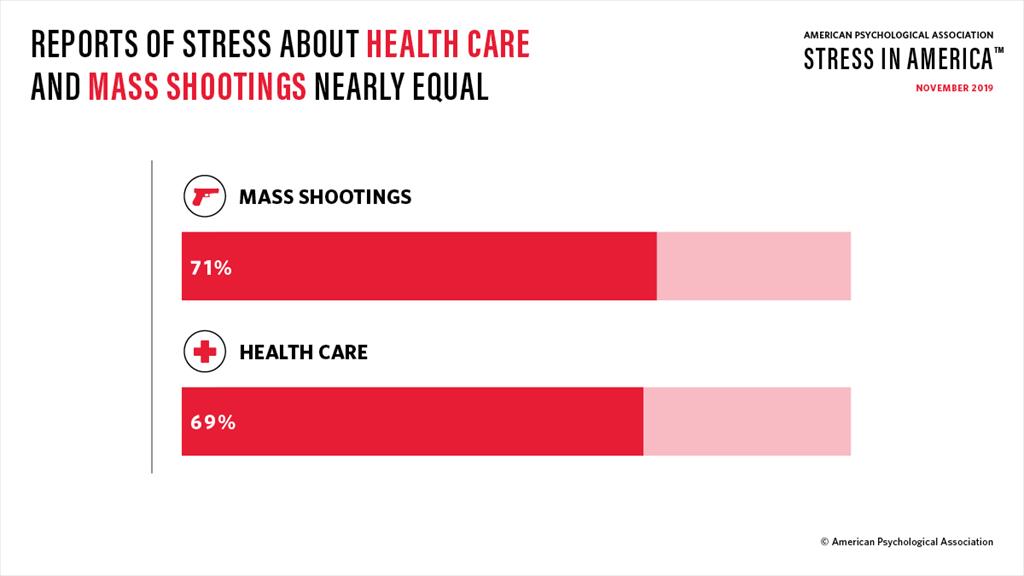 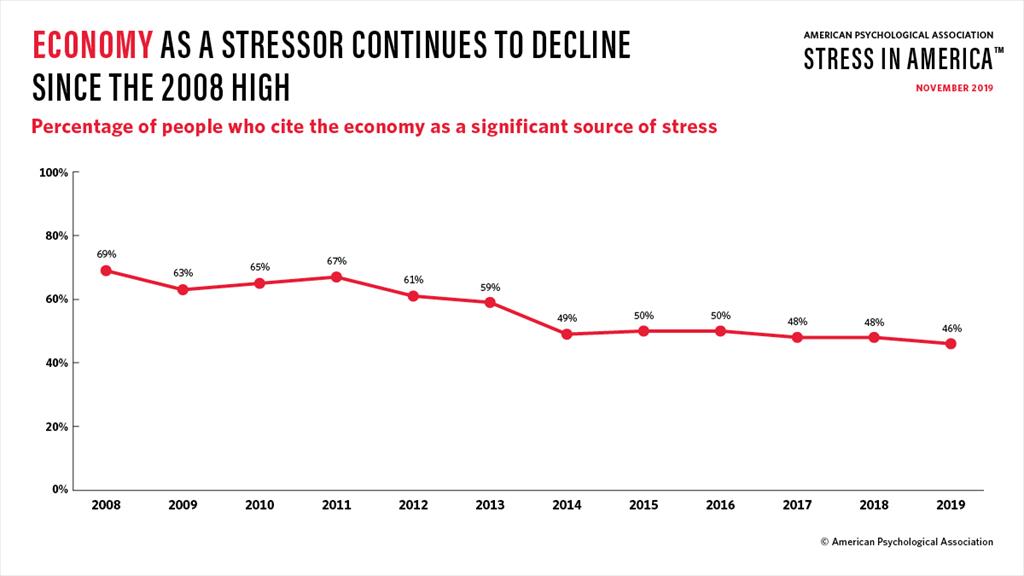 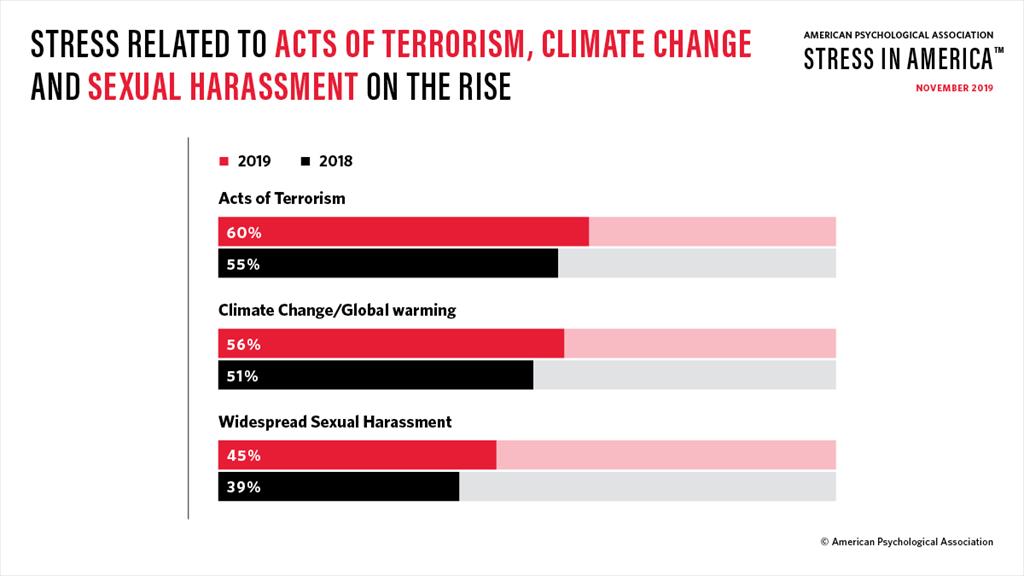 “There is a lot of uncertainty in our world right now — from mass shootings to climate change. This year’s survey shows us that more Americans are saying these issues are causing them stress,” said Arthur C. Evans Jr., PhD, APA’s chief executive officer. “Research shows us that over time, prolonged feelings of anxiety and stress can affect our overall physical and mental health. Psychologists can help people develop the tools that they need to better manage their stress.”

Discrimination is another stressor that has become more prevalent in recent years (25% vs. 24% in 2018, 21% in 2017, 20% in 2016 and 20% in 2015).). In 2019, the majority of people of color (63%) say that discrimination has hindered them from having a full and productive life, with a similar proportion of LGBT adults (64%) expressing the same sentiment. When looking at the responses of people of color, this year’s results represent a significant increase from 2015, the last time this set of questions was asked, when less than half (49%) said that discrimination prevented them from having a full and productive life.

Additionally, U.S. adults report mixed feelings about the country’s future. While fewer than 2 in 5 adults (38%) feel the country is on the path to being stronger than ever, nearly three-quarters (73%) feel hopeful about their future.

“This year’s survey shows us that current events affect Americans differently, with people of color more likely to say they feel stressed about health care, immigration and discrimination,” said Evans. “While these are important societal issues that need to be addressed, the results also reinforce the need to have more open conversations about the impact of stress and stress management, especially with groups that are experiencing high levels of stress.”