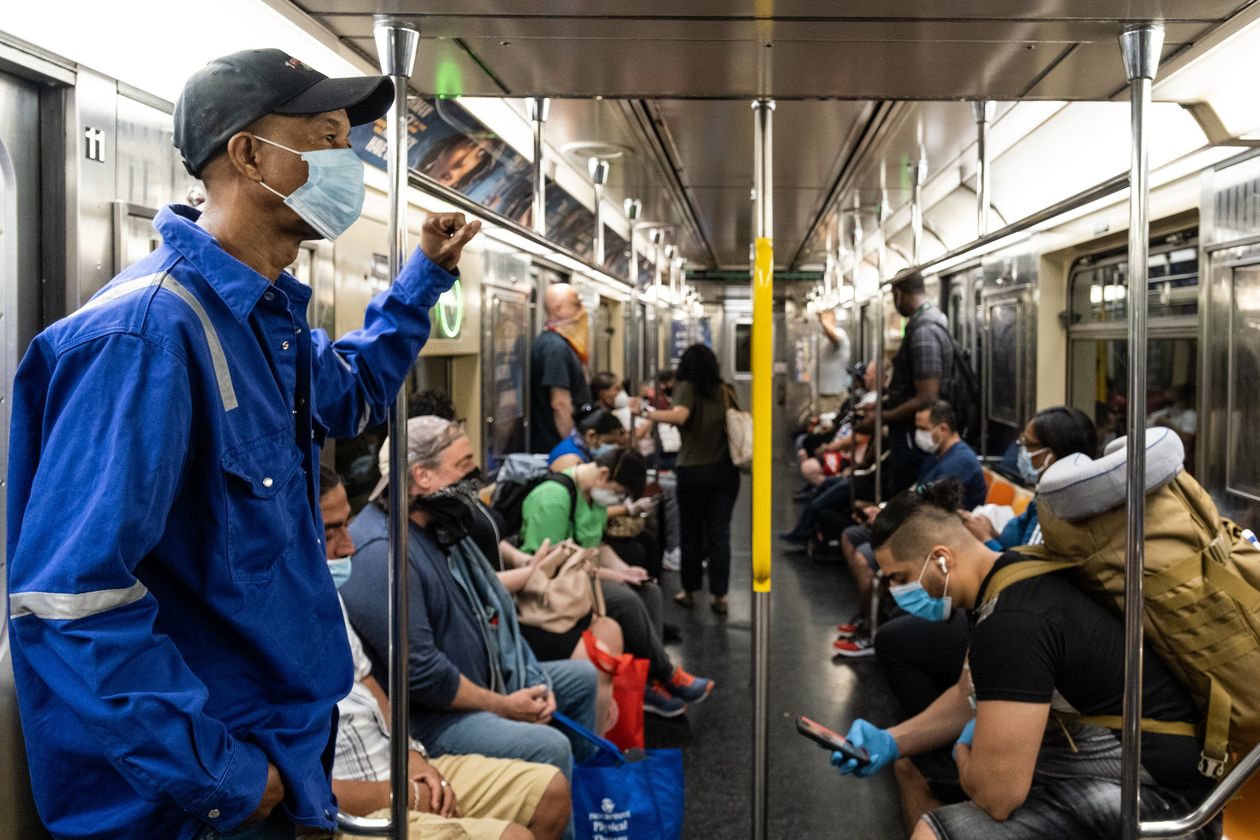 The disproportionately high Covid-19 infection rates observed in Black Americans could be linked to their daily commuting patterns, according to a new study published today in the Journal of the Royal Society Interface.

The research found that increased exposure to other ethnic groups, for example as a result of an individual’s job or use of public transport, can result in the emergence of an “infection gap” in the population, such as the abnormally high incidence of Covid-19 recorded in Black Americans.

In some areas of the US Covid-19 incidence in Black Americans can be up to three to five times higher than would be expected based on population data. Previous studies have highlighted socio-economic factors including lower income and poorer access to healthcare facilities could play a role in this infection gap but these factors alone cannot completely explain the disproportionate impact of the pandemic on Black Americans.

In the study, researchers from Queen Mary University of London considered the impact of residential segregation, whereby different ethnic groups tend to live in the areas where the majority of people are from the same background, as well other forms of segregation individuals might experience due to their daily activities, such as commuting. To do this, they examined the relationship between ‘diffusion segregation’, which measures the probability for a given group of people to come into contact with groups of other ethnicities, and weekly Covid-19 incidence during the early phases of the pandemic.

The research team analysed US census data collated from over 130 metropolitan areas to create two types of geographical networks. Adjacency graphs were used to map connections between bordering census areas and commuting graphs instead showed daily commuting flows across the US.

They then simulated random walks over those graphs, as a way to explore different paths among census tracts and determine how long it would take for a person starting from a given census tract to encounter individuals from any another ethnic group for the first time. Using this approach the researchers showed that those areas where Black Americans were more exposed to other ethnicities, as well as the regions where they were more internally clustered, also observed a higher infection gap i.e. a larger impact of Covid-19 infections on this ethnic group.

When mobility was later restricted due to lockdown measures the researchers found that public transport usage instead strongly correlated with the infection gap observed in different US regions.

Aleix Bassolas, Postdoctoral Research Assistant at Queen Mary, said: “The study suggests that taking into account daily commuting patterns of a social or ethnic group can be enough to explain most of the differential incidence of Covid-19 in African American communities during the first epidemic wave last year.”

“For us it was surprising that quite a simple model, was able to show such a consistently high level of association between social segregation and the excessive incidence of Covid-19 observed in African Americans,” added Sandro Sousa, author of the study and PhD student at Queen Mary.

The researchers analysed the impact of several other socio-economic factors on the disproportionately high infection and death rates observed in Black Americans. They found that when looking at infection rates, diffusion segregation alone could explain the observed infection gap relatively well. However, other socio-economic factors, such as life expectancy or access to healthcare services, became more important when understanding the disproportionately high death rates due to Covid-19 in this ethnic group.

Dr. Vincenzo Nicosia, Lecturer in Networks and Data Analysis, at Queen Mary said “Our results confirm that knowing where people have to commute to, rather than where they live, is potentially much more important to curb the spread of a non-airborne disease. Policy makers need to take into account specific mobility patterns and needs, as well as differences in the mobility and commuting habits of different ethnic and social groups, when deciding on the most effective non-pharmaceutical countermeasures against Covid-19 and similar non-airborne diseases.”

“We believe this type of analysis could be applied to other countries, such as the UK, however this is dependent on having access to more detailed activity and commuting data, which isn’t readily available in all countries.”