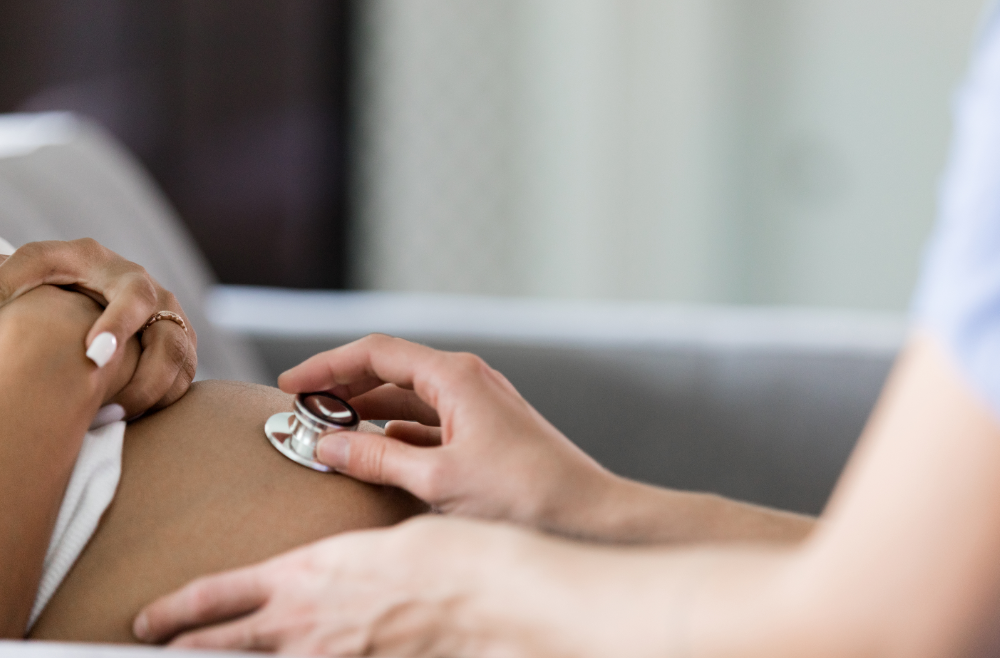 Residents in majority-Black neighborhoods experience higher rates of severe pregnancy-related health problems than those living in predominantly-white areas, according to a new study of pregnancies at a Philadelphia-based health system, which was led by researchers in the Perelman School of Medicine at the University of Pennsylvania. The findings, published in Obstetrics and Gynecology, suggest that neighborhood-level public health interventions may be necessary in order to lower the rates of severe maternal morbidity — such as a heart attack, heart failure, eclampsia, or hysterectomy — and mortality in the United States.

The researchers retrospectively analyzed deliveries during a seven-year period at four hospitals within the University of Pennsylvania Health System and compared health outcomes to U.S. Census data. They found that the rate of severe maternal morbidity within a neighborhood increased by 2.4 percent with every 10 percent increase in the percentage of individuals in a Census tract who identified as Black or African American.

“Severe maternal morbidity disproportionately affects Black women. We know these differences are not genetic in etiology, but most likely due to structural racism and neighborhood-level risk factors,” said senior author Jessica R. Meeker, PhD, MPH, who led the research as a third-year doctoral candidate in Epidemiology in the Perelman School of Medicine. “We wanted to explore this further and discovered that where you live is a key factor that affects maternal health outcomes.”

Pregnancy-related deaths in the United States have doubled between 1987 and 2014, according to the Centers for Disease Control and Prevention (CDC). Severe maternal morbidity — defined as “unexpected outcomes of labor and delivery that result in significant short- or long-term consequences to a woman’s health” — has risen by 75 percent over the past decade in the U.S., affecting more than 52,000 women annually.

While past studies have shown that the risk of severe maternal morbidity and mortality is markedly increased among women of color, individual risk factors alone — such as medical comorbidities, maternal education, or income — have not explained this disparity. Knowing that structural racism and historical segregation of neighborhoods are drivers of other poor health outcomes, such as diabetes risk, Penn Medicine researchers sought to determine whether neighborhood-level factors, like poverty, crime, and housing violations, contribute to severe maternal morbidity.

Using medical records, the research team analyzed all deliveries — 63,334 in total — between 2010 and 2017 at four hospitals in the University of Pennsylvania’s Health System: the Hospital of the University of Pennsylvania, Penn Presbyterian Hospital, and Pennsylvania Hospital in Philadelphia, as well as Chester County Hospital, located in the Philadelphia suburbs. The health system presents an interesting case study, as it is large, and the four hospitals treat a racially- and economically-diverse patient population.

The primary outcome that the research team measured was severe maternal morbidity, defined as having at least one of the 21 indicators validated by the CDC. The team then obtained neighborhood-level information at the Census tract level from the U.S. Census Bureau and Open Data Philly, including poverty rate, violent and nonviolent crime numbers, rates of housing violations, and family income. Their study also included the percentage of those living in a given neighborhood who identified as white, Black, Asian, or Hispanic.

“Since we found that neighborhood-level risk factors are independent predictors of severe maternal morbidity, this study gives further evidence that differences in race and maternal health outcomes are likely the result of historical and structural racism,” said principal investigator Mary Regina Boland, PhD. “Improving our communities within the city of Philadelphia can help all individuals living in those neighborhoods, and may result in lowering rates of maternal morbidity for future generations.”

“This study gives us a blueprint for addressing racial disparities in health care at the neighborhood and population-level,” said co-author Lisa Levine, MD, an assistant professor of Obstetrics and Gynecology at Penn. “Investing in neighborhoods that have been historically segregated, lacked access to government services, and subjected to racism will help to improve not only severe maternal morbidity, but also a host of other health outcomes for patients.”

An On-Off Switch for Gene Editing