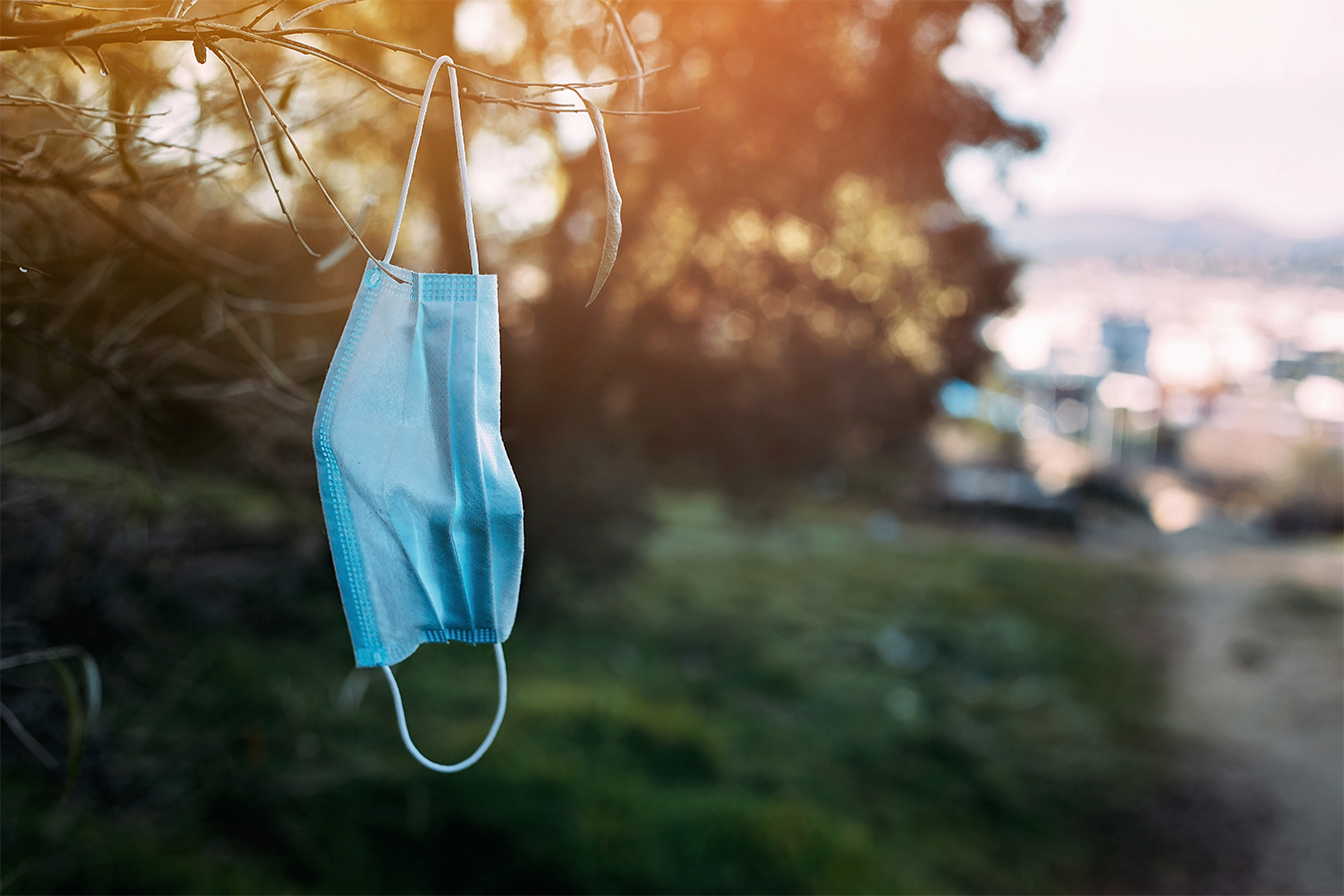 Iesha White is so fed up with the U.S. response to covid-19 that she’s seriously considering moving to Europe.

“I’m that disgusted. The lack of care for each other, to me, it’s too much,” said White, 30, of Los Angeles. She has multiple sclerosis and takes a medicine that suppresses her immune system. “As a Black disabled person, I feel like nobody gives a [expletive] about me or my safety.”

The Centers for Disease Control and Prevention has a strict definition of who is considered moderately or severely immunocompromised, such as cancer patients undergoing active treatment and organ transplant recipients. Still, millions of other people are living with chronic illnesses or disabilities that also make them especially susceptible to the disease. Though vulnerability differs based on each person and their health condition — and can depend on circumstances — catching covid is a risk they cannot take.

As a result, these Americans who are at high risk — and the loved ones who fear passing along the virus to them — are speaking out about being left behind as the rest of society drops pandemic safeguards such as masking and physical distancing.

Their fears were amplified this month as several Democratic governors, including the leaders of California and New York — places that were out front in implementing mask mandates early on — moved to lift such safety requirements. To many people, the step signaled that “normal” life was returning. But for people considered immunocompromised or who face high risks from covid because of other conditions, it upped the level of anxiety.

“I know my normal is never going to be normal,” said Chris Neblett, 44, of Indiana, Pennsylvania, a kidney transplant recipient who takes immunosuppressive drugs to prevent his body from rejecting his transplanted organ. “I’m still going to be wearing a mask in public. I’m still probably going to go to the grocery store late at night or early in the morning to avoid other people.”

He is especially concerned because his wife and young daughter recently tested positive for covid.

Even though he’s fully vaccinated, he’s not sure he is protected from the virus’s worst outcomes. Neblett participates in a Johns Hopkins University School of Medicine study tracking transplant recipients’ immune response to the vaccine, so he knows his body produced only a low amount of antibodies after the third dose and is waiting on the results of the fourth. For now, he’s isolating himself from his wife and two kids for 10 days by staying in his second garage.

“I told my wife when covid first happened, ‘I have to make it to the vaccine,’” he said. But learning the vaccine hasn’t triggered an adequate immune-system response so far is crushing. “Your world really changes. You start wondering, ‘Am I going to be a statistic? Am I going to be a number to people that don’t seem to care?’”

Scientists estimate that almost 3% of Americans meet the strict definition of having weakened immune systems, but researchers acknowledge that many more chronically ill and disabled Americans could be severely affected if they catch covid.

In October, the CDC again quietly revised its vaccine guidance to allow immunocompromised people to receive a fourth covid vaccine dose, though a recent KHN story revealed that pharmacists unaware of this change were still turning away eligible people in January.

People with weakened immune systems or other high-risk conditions argue that now is the time, as the omicron surge subsides, to double down on policies that protect vulnerable Americans like them.

“The pandemic isn’t over,” said Matthew Cortland, a senior fellow working on disability and health care for Data for Progress, who is chronically ill and immunocompromised. “There is no reason to believe that another variant won’t emerge. … Now is the time, as this omicron wave begins to recede, to pursue policies and interventions that protect chronically ill, disabled, and immunocompromised people so that we aren’t left behind.”

Several people interviewed by KHN who are part of this community said that, instead, the opposite is taking place, pointing to a January comment by CDC Director Dr. Rochelle Walensky that implied it was “encouraging news” that the majority of people dying of covid were already sick.

“The overwhelming number of deaths, over 75%, occurred in people who had at least four comorbidities, so really these are people who were unwell to begin with,” said Walensky, when discussing a study during a television interview that showed the level of protection vaccinated people had against severe illness from covid. “And yes, really encouraging news in the context of omicron.”

Although the CDC later said Walensky’s remarks were taken out of context, Kendall Ciesemier, a 29-year-old multimedia producer living in Brooklyn, New York, said she was disturbed by the comments.

Walensky’s statement “sent shock waves through the disability community and the chronic illness community,” said Ciesemier, who has had two liver transplants.

“It was saying the quiet part out loud,” she added, noting that though it was likely a gaffe, the strong reaction to it “stemmed from this holistic feeling that these communities have not been prioritized during the pandemic and it feels like our lives are acceptable losses.”

When asked by a KHN reporter at the Feb. 9 White House covid press briefing what she wanted to convey to people who feel they are being left behind, Walensky didn’t offer a clear answer.

“We, of course, have to make recommendations that are, you know, relevant for New York City and rural Montana,” she said, adding that they have to be “relevant for the public, but also for the public who is immunocompromised and disabled. And so, that — all of those considerations are taken into account as we work on our guidance.”

Although the CDC currently recommends that vaccinated people continue to wear masks indoors if they are in a place with high or substantial covid transmission — which includes most of the U.S. — federal officials have indicated this guidance may be updated soon.

“We want to give people a break from things like mask-wearing, when these metrics are better, and then have the ability to reach for them again should things worsen,” said Walensky during a Feb. 16 White House covid briefing, when discussing whether CDC’s covid prevention policies would be altered soon.

But there’s no mask break in sight for Dennis Boen, a 67-year-old retiree who has had three kidney transplants. Because his community of Wooster, Ohio, already lacks a mask mandate and few residents voluntarily wear masks, he hasn’t felt comfortable returning to many of the social events that he enjoys.

“I quit going to my Rotary Club that I’ve been a part of for decades,” Boen said. “I went once in the summer to a picnic outside and it was like the people who didn’t believe [in covid] or didn’t care weren’t wearing masks and they weren’t giving me any space. Therefore, it was just easier to not go.”

Charis Hill, a 35-year-old disability activist in Sacramento, California, has postponed two surgeries, a hysterectomy, and an umbilical hernia repair for over a year because Hill didn’t feel safe. Delaying has meant Hill has had to take additional medications and eat only certain foods. The surgeries are scheduled for March 21, but now that California’s mask mandate has lifted, Hill is thinking about delaying the procedures again.

“I feel disposable. As if my life doesn’t have value,” said Hill, who is living with axial spondyloarthritis, a chronic inflammatory disease, and takes immune-suppressing medication. “I am tired of constantly being told that I should just stay home and let the rest of the world move on.”